Does the End Justify the Means? A Quote from “How Far Can We Go?” for Natural Family Planning Awareness Week

In support of the USCCB’s National NFP Awareness Week, I’d like to share this excerpt from a book I co-authored with my dear friend and colleague Leah Perrault titled How Far Can We Go?  A Catholic Guide to Sex and Dating.

For many people, the Church’s distinction between the moral status of NFP and that of artificial contraception is difficult to understand.  “If Catholics have a good reason to avoid pregnancy,” they wonder, “then why does the Church care whether they use Natural Family Planning or an artificial means, such as the pill or condoms?” . . . 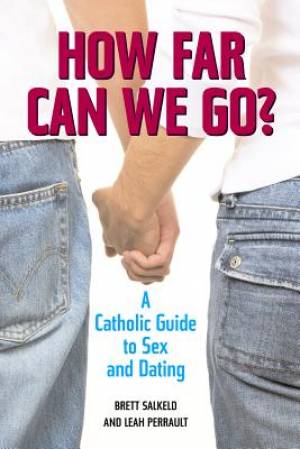 We can start by noting that the question in the previous paragraph presumes that the end justifies the means.  In other words, it works on the assumption that if your goal is a good one, then whatever way you try to achieve that goal is also good.  The funny thing is that neither the Church nor many people in society accept that reasoning for any other question.  We don’t accept it for making money, or for losing weight.  We don’t accept it for winning political office, or for helping the poor.  We don’t even accept it for getting violent criminals off our streets.  According to the moral reasoning used by virtually everyone in society, an act cannot be okay simply because it tries to achieve a goal that is legitimate, or even urgent.

What Openness to Life Does NOT Mean

Is Sexual Compatibility a Myth? Some Thoughts on Cohabitation

An Interview With the Authors of How Far Can We Go?  A Catholic Guide to Sex and Dating

UPDATE:  This post seems to be getting a very regular stream of steady traffic indicative that someone somewhere has linked to it.  Would anyone mind dropping us a line and letting us know just where this link is?  Thanks, Brett.

Brett Salkeld is a doctoral student in theology at Regis College in Toronto. He is a father of three (so far) and husband of one. He is the co-author of How Far Can We Go? A Catholic Guide to Sex and Dating.

July 22, 2012 For a Servant Leader
Recent Comments
43 Comments | Leave a Comment
"A day after submitting this piece to Vox Nova, I learned that the Vatican published ..."
JoeGeorges Maintaining Christian Community and Practice in ..."
"I agree with JoeGeorges that it depends, but here I think the traditional three-fold distinctions ..."
David Cruz-Uribe Hoarding
"Isn’t the best answer, “It depends”? If we’re speaking about hoarding the necessities of life ..."
JoeGeorges Hoarding
"I don't think anyone would ever claim that we mainly or completely understand God. But ..."
JoeGeorges Spontaneous Abortions and Moral Theology
Browse Our Archives
Follow Us!

One Friday In Lent, The Papacy...
Thin Places
Related posts from Vox Nova