***I was graciously invited to Central Christian Church in Battle Creek, MI to share with them during their Sunday School hour. The topic was “Practical Peace.” I figured I would share my findings with you all. Hope you enjoy.

Growing up I remember the joke about beauty queen contestants being a little…shallow. You know, not the brightest bulb in the shed. Not the sharpest tool in the box. You know what I’m talking about.  Kind of dull; dimwitted. And so the joke went, during the question-answer portion of the contest, one contestant would be asked the question, “If you could have one wish, what would it be?” And you all remember the answer, right? “World Peace.” And then, of course, once receiving the crown, Miss America went about fulfilling this destiny of bringing world peace by cutting ribbons at mall and restaurant openings.

Peace sounds great to us doesn’t it? It’s a lofty dream for most people. We talk about peace, we desire peace, but we go about it in the wrong way sometimes because I don’t think we really understand what it is all about. Too often we have turned “peace” into just a greeting or an abstract wish. Many think “peace” is the absence of war or perhaps just someone who is really laid back and avoids conflict. Or maybe we think it is someone who doesn’t let things get to them. If you look at some of the eastern religions like Buddhism they encourage meditation as the route to find peace by emptying ourselves of all thoughts and desires. They say that when we are completely empty we will be peaceful and free.

When it comes to the matter of Christianity and peace, we encounter a few issues.

Second, we often view peace as the absence of war or other kinds of conflict. So, when two sides in a war come together and sign a treaty or a peace accord, then the assumption is that peace has been achieved. But there are still plenty of feelings like hatred and resentment. Sure, the two parties may not be shooting at one another, but there is still plenty to work out. That’s not biblical peace. The Bible speaks of peace as something far grander than merely the absence of conflict.

Third, peace and peacemaking becomes a political stance rather than a fruit of the Spirit. Peacemaking is often aligned with pacifism or a strongly anti-military stance. Peacemaking is not just liberal theology and yet Jesus was the one who blessed the peacemakers. So we had better figure out what this means.

Unlike personal tranquility, or the absence of conflict, or a political stance, the bible tells a different story. Shalom, peace, is at the core of Old Testament theology. In the mind of the Biblical writers, Shalom is not the absence of violence or strife. Shalom is completeness, wholeness, fulfillment of purpose. This is so different than Eastern religions that want us to empty ourselves of all thoughts and difficulties in order to find peace. Instead of emptying ourselves, we should take our cue from the creation story and talk about filling.

In the ancient world people often envisioned creation as a god battling chaos and rebellion, and upon his victory the god would establish a peaceful world. When we look back to Genesis 1:1-2, we read that God’s spirit was restlessly going across the earth, hovering over the waters which were often tumultuous. But in the following verses, all the way through the chapter, what does God do? He begins to carry out His will of reconstructing things in preparation for the next step in His purpose. He brings order and peace to a chaotic world and fills the world with good things and the creation working in harmony. When all of that is complete, He finds rest, peace, in what He accomplishes according to His will. It said that at this point that God rested. The word “rest” is a synonym of the word “peace.” God Himself set the example of how peace is produced. God found rest, satisfaction, comfort, and a sense of accomplishment by putting things into their proper place and order.

Perhaps no term better describes God’s perfect paradise than “peaceful,” a world full of wholeness, righteousness, justice, and prosperity. In the beginning, when God created the world, everything was perfect. Nature was in perfect harmony. There was no record of global warming, tornadoes, hurricanes, or the like. Humankind watched over and tended the creation—they didn’t destroy it for selfish gain. Humanity was also in harmony with one another—the first fight doesn’t occur until sin comes in and murder is quick to follow. And, humanity is in harmony with God—they had an intimate, close relationship with Him.

There creation is pictured as a garden both beautiful to the eyes and filled with delicious food. Adam worked in the garden and it produced abundant fruit. When the Lord created a female companion for the man, the relationship between the two people is also full of peace. They share intimate fellowship with each other, naked in body and soul, completely without shame. In their lack of shame we also sense the peace that fills their own souls.

God called it good. In fact he called it very good. It was good and ordered, and everything was functioning as it was supposed to in perfect harmony. Relationships were working rightly. The word we might use for this state is “peace.” Genesis 1 and 2 paint a picture of how creation was supposed to exist—peaceful with everything fulfilling its purpose. 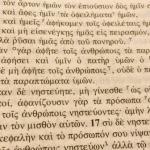 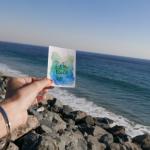 July 5, 2019 Practical Peace Part 2
Recent Comments
1 Comment | Leave a Comment
Browse Our Archives
get the latest from
General Christian
Sign up for our newsletter
Related posts from Walk and Word

Dealing With Your Hurt From Your Pastor’s Moral...
Written by Pastor Kelly Do you remember the first time in your...
view all General Christian blogs
What Are Your Thoughts?leave a comment
Copyright 2008-2020, Patheos. All rights reserved.