Today, I want to talk about the important role grief plays in being a disciple of Jesus. It’s currently on my radar because, in my observation, there are far too many Christians whose radar it’s not on.

I cite as evidence A the fact that you don’t find many Christian books, sermons, podcasts, or songs that celebrate the virtues of grief. I suspect that a book titled “God Wants You to Grieve” wouldn’t fly off the shelves. I don’t know how you would make the title sexy enough to get a second glance. By contrast, the efforts of pop Christianity seem largely directed toward moving people from grief to happiness, not the other way around.

Evidence B is based on something I’ve observed recently. While perusing the headlines on news websites, I’ve seen an item pop up several times. I’ll just give the general sense here. You can track down the specifics if you want (my guess is that most of you will already know what I’m talking about). Evidently, some celebrity was confronted about some behavior that most Christians would consider sinful. In response, and apparently in defense, this person said, “Jesus still loves me.” Apparently, this statement was significant enough to America’s popular psyche that news outlets have found it worthy of reporting and commentary. Since the news first broke, more celebrities have spoken up and shown solidarity with this person.

Now I could be wrong, but it sounds like this person believes that one’s behavior is immaterial to Jesus. Perhaps having a “personal relationship” with Jesus simply and solely means being the object of his unconditional love and nothing more. I wouldn’t be surprised if this is the case.

If I’m right, then this person needs to get to know Jesus a little better.

In Matt 5:4, Jesus taught his disciples that people who mourn are blessed. What did he mean by this? I believe Jesus himself helps us understand. In Luke 18:9-14, Jesus contrasts two men who were praying in the temple: a Pharisee and a tax collector. Unlike the Pharisee, the tax collector wouldn’t look up toward heaven. He beat his chest and cried out to God for forgiveness. In the end, Jesus declared that it was this tax collector, not the Pharisee, who went home justified.

Sin grieves God and he is looking for people who feel the same way he does. This is what characterizes his people. In 1 Cor 5:1-2, Paul implores the Christians in Corinth to grieve over the sin in their midst. In James 4:8-10, the author calls upon his readers to purify their hearts by lamenting and mourning and weeping. Whereas much of contemporary pop-Christianity strives to change grief to laughter, James does the opposite. He calls upon his readers to turn their laughter into mourning.

The Case I’m Not Making

It’s not as though God wants people to wallow in morbid self-loathing. He doesn’t want his people to walk around punishing themselves like the monks in Monty Python and the Holy Grail. In fact, I’m sure that this is, in part, the genesis of the “God loves you and thinks your special just the way you are” trend in pop-Christianity. In an effort to combat harsh, judgmental characterizations of God, some have gone to the opposite extreme.

I’m sympathetic to the fact that many do indeed wrestle with feelings of unlovability. They struggle to find value in themselves. People in this state need to hear the good news that, while we were yet sinners, Christ died for us. I am certainly grateful that God loves me even though I still need to repent way more often than I’d like to admit.

The Case I Am Making

Jesus said that that those who mourn will be comforted. In the passage from James cited above, the author finishes by saying that if we humble ourselves, God will exalt us.

Unfortunately, many Christians want to skip this necessary step. They want to enjoy Jesus’ love without first grieving and repenting. My fear is that they will find themselves in a situation similar to the ancient Israelites. Over and over God sent them prophets who implored them to repent. Sadly, many believed that their status with God was secure and were caught completely by surprise when judgment came.

Of course Jesus still loves people when they sin. His love isn’t in question. To the person who throws this out as a defense, I would ask some follow up questions, “Yes Jesus loves you, but do you love him? Do you love him so much that you rejoice over the same things that bring him joy. Conversely, do you grieve over the same things that bring him grief?” I don’t know the celebrity who set this media thread in motion, so I’m left to wonder if these questions have been considered.

As many of us know, it’s possible to love someone and grieve for that person. In fact, the more you love someone the greater your grief will be at times. The world’s sin broke God’s heart. In response, God demonstrated his love by not withholding his own son. He sent his son into the world to bring about reconciliation between himself and the world. After all of this, how much more is God grieved when people claim to love him yet continue to do the things that break his heart. This is not a very loving response.

There is such a thing as good grief. As Paul wrote in 2 Cor 7:10, Godly grief produces repentance that leads to salvation and brings no regret. There can’t be salvation without grief. My heart mourns for those who think they can experience Jesus’ love and comfort without it.

Do I feel guilt at times? Do I feel grief? Yes I do. Like the tax collector in Jesus story, there are times I can’t bring myself to look up toward God. Far too often, Psalm 51 is very personal and real to me. I hope that never changes. I’m afraid of ever reaching a point were I no longer feel grief over my sin. Rather than avoid grief, I strive to embrace it, trusting in Jesus’ promise that when I do, I’ll experience his comfort.

About Ron Peters
Ron Peters is Professor of New Testament at Great Lakes Christian College. He has numerous publications on the New Testament and on Greek Language and Linguistics. He is co-host of the After Class Podcast. You can read more about the author here.
Previous Post 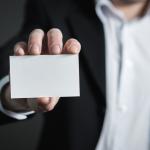 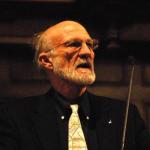 August 5, 2019 Dueling Hauerwasian Dictums
Recent Comments
0 | Leave a Comment
"Why, oh why, do religionists go to such extremes defending, justifying, rationalizing their "holy, divinely-inspired" ..."
a r tompkins Stop the Madness
"Great words to chew on (even a year later). David Lipscomb has had some influence ..."
Bradlee Landis Thinking Carefully about Not Voting — ..."
"of course there have been and are many experiments with theocracies, Xtian and otherwise. They ..."
a r tompkins Thinking Carefully about Not Voting — ..."
"Don't be so silly.No sign of utopia but the absence of religious totalitarianism reduces distopia."
rationalobservations? Where is Jesus’ Kingdom?
Browse Our Archives
Related posts from Walk and Word