A Spiritual Response to “How Rosaries Became the Extremist Symbol”

I’m not going to write another opinion-based response to an opinion-based piece by Daniel Panneton about how rosaries became the extremist symbol within the Catholic Church. And although I typically use this space to write about the creation of positive and inspiring Catholic content for social media, I find the Holy Spirit insistent that I address the response on both sides to this article.

Let the least of us be Heard

I would have liked to have had more time to address this, but today’s news cycle has no patience for a thinker like me who still believes in civil discourse and fair and accurate responses. And while my opinion may be muted among the larger outlets that have money and louder voices, I still feel that the God I serve uses the small and weak of this world to shame the wise.

If you haven’t read the article, let’s just stop right there. Get yourself together. I will not engage in discourse if you have not sat down and read the article in its entirety. This too is not an academic piece, but an opinion; a reaction to what is now exploding on both sides of the fence on Catholic Twitter and beyond.

God has been talking to me a lot lately about intentionality, in both word and deed. That it’s not just the words we say, but what is behind those words. This is very similar to how we look at the bible as Catholics. Yes, we read the words of scripture but we look at the intentionality of the words through the lens of Lectio Divina from a broader perspective. I know what these words mean, but what do they mean? What is the context behind those words? And after meditating on their meaning, how can I apply those in my own life?

And although the word of God is not comparable in context to a newspaper article or op-ed, the process we go through to engage in a deeper way of thinking certainly is.

We can take the tools we’ve learned in Lectio Divina, prayer, and reflection to come to secular writing with a Catholic lens. As Catholics, we are taught to search for the truth, and this also proves important as our ever-changing world picks a different truth by the minute to follow.

What’s in a Name

In prayerfully approaching this assignment, the Holy Spirit was quick to point out to me the change in title that presumably occurred as a result of backlash that The Atlantic received over this piece. The original title, “How the Rosary Became an Extremist Symbol,” was changed to “How Extremist Gun Culture Is Trying to Co-Opt the Rosary.”  For background, the graphics included with the piece also changed as people were quick to point out that the image featured did not depict a proper rosary. Another graphic showing a rosary made out of bullets was also removed from the piece.

Since The Atlantic did not give a response as of the date of this article on why the title was changed, I will not comment any further on pure assumptions. But what I will comment on is the title of the original piece, and how both sides of this argument might agree that it wasn’t a good look.

As an attorney, when I come into mediation, I do not start by saying, “Hi everyone, I can’t wait to get you on the witness stand and destroy you in court.” Quite the contrary. I start out mediation by saying, “my intention is to resolve this case if possible.” There is meaning in those words, and it sets the tone for the next several hours on how those negotiations will go.

The intentionality of the choice of words used in that title, editor change or not, tells me that its purpose was to inflame and to create clickbait as a buy-in to reading that article. To publish an article that insinuates that the rosary is some sort of extremist symbol distorts any truth-telling that occurs in the rest of the piece. It is disingenuous at worst and irresponsible at best. And I think this is why you can stop even right here and pause to see why someone who is already enraged would not be able to read the piece from a place of fairness.

With that in mind, it is hard to move past the reason why Daniel Panneton wrote this piece in the first place. There was no retraction from him issued that the piece was mistitled or that he could have been more clear about what or who he was talking about. He also chose to cut off access to his Twitter page.

Do writers “owe” us anything?

On my own Twitter feed, there was an array of discourse about this subject. A lot of the commentary centered around the notion that he “doesn’t owe you anything.” I agree with that statement, he doesn’t. But as a Catholic, I understand the meaning of social and moral responsibility, and that words have the ability to build up or tear down. I read my bible not to bash it over someone’s head, but to use its wisdom in response to what this world tells me I should or should not do. And if the response from secularists is, “he doesn’t owe you anything,” they may be right. And this is the reason we have become such a damaged society.

Without the notion of truth, we believe things like this. We are not held accountable for our words or for our actions. We can put words into the universe that hurt and divide and owe no social responsibility to anyone. I dare to argue that anyone who calls themselves a humanist might agree with this notion.

I am a Catholic writer. When I put words out, I am held accountable by my Master. He has both praised me and lovingly corrected me. He has held my pen; he has also asked me to write pieces that are wholly and completely out of my comfort zone. And this is because I do have to give an account to someone. And not only to Him but to the people who will read my work. I daily must conduct an examination of my writer’s conscience to ask myself, are these words from Him, or are these words from me?

And so I ask you to consider this perspective; a deeper one, a meditative one that goes farther not just to consider the words on the page but the reason they were written. You may look at these words a little differently now.

About Melissa Presser
Melissa Presser is a Catholic writer, content creator, and online missionary for God You can read more about the author here.
Previous Post 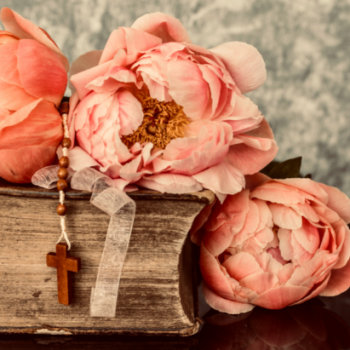 Catholic
How to Use Social Media for God
Walk the Land 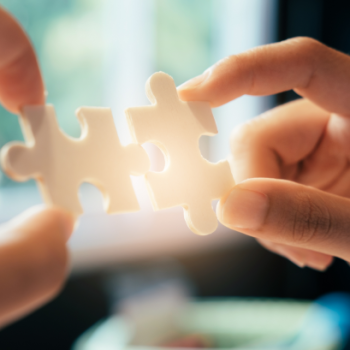 Catholic
How to find Connection on Catholic Twitter
Walk the Land 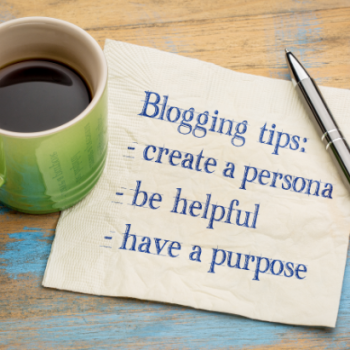 Catholic
How to use Catholic Twitter for Good!
Walk the Land 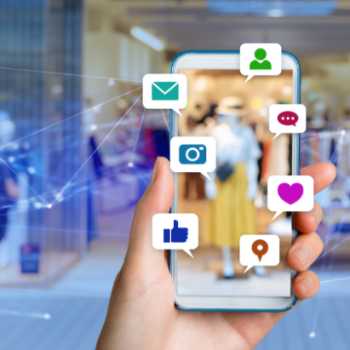 Catholic
The 5 Ways to Effectively Use Social Media...
Walk the Land
TRENDING AT PATHEOS Catholic