Selma: The Fearsome Power of Faith

The late Christopher Hitchens once wrote a book called God is Not Great: How Religion Poisons Everything. He was quite serious about it.

Hitchens was a smart man and, often, a brilliant writer. But on this matter, he was blind. His overreach here is obvious. Yes, religion does have sins to answer for. But when someone insists that “religion poisons everything,” I don’t even need to have a rebuttal ready. I’d just need to point to the movie marquee of Selma.

Selma examines the 1965 Civil Rights marches in Selma, Ala., organized by Martin Luther King Jr. It’s a fantastic movie—my personal pick for the year’s best. David Oyelowo and Carmen Ejogo are stellar as Dr. and Coretta Scott King, and the story it unspools is an unflinching look at the days in which it took place. Much of the focus is naturally on King, but this is no fawning biopic. It’s a healthy examination of an imperfect man who, through the power of his voice and convictions, became the country’s greatest champion of civil rights.

Those convictions were informed, in large part, by King’s Christian faith. 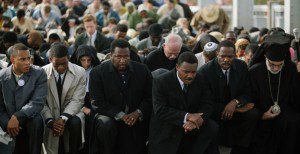 King tells us that he’s a simple pastor from Alabama, and his organization was called the Southern Christian Leadership Conference. They bolster each other with Bible verses, rally marchers from pulpits, and when King prepares to travel down to Selma, he calls a famous gospel singer.

“I need to hear the Lord’s voice,” he tells her, and the singer—though it’s the middle of the night and the FBI’s listening in—sings a spiritual to him.

King was not a man who used religion as a tool for civil rights. He saw himself as that tool—held by the hand of the Almighty. “I’ll not be focusing on what I want today,” he says, preparing for the climactic march from Selma to Montgomery. “I’ll be focusing on what God wants.”

Selma suggests that many of the demonstrators were following what they thought was God’s call. After “Bloody Sunday,” when Alabama state troopers and Dallas County volunteers attacked protestors on March 7, 1965, thousands of civil rights reinforcements came from all over the country—many motivated by their faith. The film makes it a point to show the protestors’ racial and religious diversity, with King warmly welcoming members of a Greek Orthodox Church to the marches. Pastors are shown leaving their parishes and congregations to take part in the demonstrations. And not all made it back.

Pastor James Reeb was killed March 11, 1965, for taking part in the marches. “Now you know what being a n—er down here feels like, boy,” his attacker tells him in the movie. But just minutes before the attack, he was talking with a friend about the mysterious motivating power of God. There are times, Reeb admits, that he feels the Lord moving his spirit, even his actions.  “You’re tapped into what’s higher,” he says. “What’s true.”

Religion is not a poison. According to Selma, it’s a medicine—an antidote to combat some of the world’s worst evils, capable of inspiring men to set aside their own sins and anger to seek, and achieve, something higher. Through faith, we seek our more perfect selves and try to tap into what is true.

Religion has been, of course, misused throughout history. Sometimes, when we say we seek the truth of God, we’re really simply looking to justify our own self-made predilections. We may truly believe we’ve tapped into what’s higher, when in reality we’ve only tapped our own sinful souls.

But Selma suggests that, when we truly and selflessly seek the face of God—when we’re willing to go wherever His finger points—there’s nothing that can’t be accomplished. 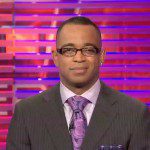 January 16, 2015 Oscars Missed a Good One in Calvary
Recent Comments
0 | Leave a Comment
"Thanks, BrowserPhil ... so embarrassing. Aravis was from The Horse and His Boy, right?"
Paul Asay Narnia Comes to ‘The Falcon and ..."
"Please replace Aravis with Jadis. :-)"
BrowserPhil Narnia Comes to ‘The Falcon and ..."
"I know that the first film on this list not explicitly about Christian faith, Denis ..."
Robert Charles The 12 Best Non-Christian Christian Movies ..."
"The author, starts the article with a dismissive/arrogant affirmation unto all that are worthy to ..."
oscar deltoro ‘I’m Just Fascinated by It.’ Morgan ..."
Browse Our Archives
get the latest updates from
Watching God
and the Patheos
Entertainment
Channel
POPULAR AT PATHEOS Entertainment
1