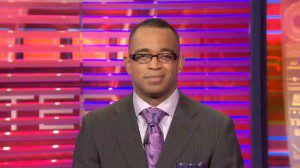 Stuart Scott was as cool as the other side of the pillow.

Scott worked for ESPN for more than 20 years, coining catchphrase after catchphrase, inspiring countless wannabe sports broadcasters and, in his own seemingly effortless way, changing the face of television sports journalism. He died Sunday morning at the age of 49.

He was a fantastic journalist, tireless professional, dedicated father and, apparently, a Christian. He didn’t make a big show of his faith, I don’t think, but he believed in something greater than himself. According to the February 2010 issue of ESPN Magazine (as reported by blogger Aaron Chambers), he had the following interaction with a guy named Dave in Scott’s chat room:

Dave: What’s with the Bible citations on Tim Tebow’s eyeblack, Stu? If I were a player and had “There is” written on one side of my face and “no God” on the other, would that be okay?

Stuart Scott: Dave, if that what you want to do, I don’t care. But Tim and I and billions of other believers in the world know you’d be wrong. I’ve seen the workings of God many times in my life, like when my two daughters were born. If you don’t believe in God, watch a child be born. Then if you still say you don’t believe in God, that’s okay. The thing is, I think He’ll watch over you anyway!

Scott had been battling cancer for three years by then. As he fought the disease, he turned to his faith repeatedly. When he told his two girls that he had cancer, he sat them down and prayed with them, according to a conversation with ESPN’s Graham Bensinger. He said his first workout after chemo was “kind of spiritual, to be honest with you.”

At last year’s ESPY Awards, Scott received the Jimmy V Perseverance Award—an honor named after famed college basketball coach Jim Valvano, who died of cancer in 1993. During his acceptance speech, he echoed Jimmy Valvano’s famous speech at the 1993 ESPYs: “Don’t give up. Don’t ever give up.”

But then, Scott continued.

“When you die, that doesn’t mean that you lose to cancer,” he said. “You beat cancer by how you live, why you live and the manner in which you live. So live.”

Sometimes, I think we process life as if it was a sport—particularly when our opponent is a deadly disease like cancer. It’s something to be beaten. Routed. And by those rules, life is victory. Death is defeat.

And that’s true in a way. But life, in the end, isn’t a sport. No matter how well we play the game, the game always ends. And Scott, the consummate sports professional, understood that. Scott the Christian understood that. We believe that the world’s greatest victory came through a seemingly ignoble death: Just when all seemed lost, He won.

I’d like to think that Scott lived well—that he knew how to live and why he lived. This does not make his passing any easier for those who remain. His family and friends will miss him terribly. Even those of us who only knew him through television will miss his voice, his character, his intelligence and his charm. We suffered a loss, no question.

But Scott did not lose. He won his fight. And I think we’re the better for it. 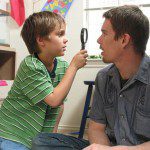 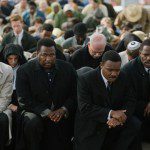 January 12, 2015 Selma: The Fearsome Power of Faith
Recent Comments
0 | Leave a Comment
Browse Our Archives
get the latest updates from
Watching God
and the Patheos
Entertainment
Channel
POPULAR AT PATHEOS Entertainment
1