Jesus’ death and resurrection has been dramatized in countless movies—from 1927’s The King of Kings to 2014’s Son of God and scores in between. But Risen does something none of its predecessors dared do: Remind us that Christianity is predicated on a 2,000-year-old X-File.

We sometimes forget that, and understandably so. Even the greatest of miracles can feel rote when we hear about them so often. To many, the Easter story is just one more accouterment of spring—to be neither believed nor doubted, but simply accepted in a passive, shallow way. I’d imagine that lots of nominal Christians never think much more deeply about it than they do about the certainty of the sun rising.

But let’s face it: The Christian faith—my faith—is based on something really, really weird. A charismatic rabbi is arrested on trumped-up charges and summarily executed. He’s dead, no question: Anyone who saw him on the cross would know that. And yet, three days later, his body’s gone missing. And word on the street suggests the guy’s alive.

It’d be a perfect case for Fox Mulder and Dana Scully to sleuth out: Scully would suggest the body was stolen. Mulder—well, perhaps he’d want to believe. Even the cigarette-smoking man wouldn’t be out of place, haunting the halls of Roman authority in his ill-fitting toga, trying his best to cover the whole thing up.

But with Mulder and Scully still a few millennia away at the time of the crucifixion (and with the cigarette-smoking man probably only in kindergarten), Risen introduces us to Clavius, a talented-but-weary Roman tribune-turned-investigator, tasked with tracking down Jesus’ body before its disappearance becomes an embarrassment.

Played by Joseph Fiennes, Clavius is a good man with a thankless job. He’s a middle-manager of sorts—an obedient servant to his demanding employers, and one who has an eye on the imperial ladder. But he’s more than that, too. He confesses that success to him would be “a place in the country. A day without killing.” And he’s a man of faith, too: He hurriedly prays to a small idol, leaving a handful of coins asking for its blessing on his search for Jesus’ body.

Clavius is no Jewish sympathizer. He takes on the case knowing that he’s looking for a corpse, not the Christ. But at the same time, he wants to respect the people he questions, too. Clavius wants the truth, but he’d rather not brutalize anyone to get it.

Fiennes’ Clavius is why Risen succeeds.

It’s not like his broad-brush character is that unusual in Christian moviedom. Lots of faith-based movies have virtuous unbelievers. But there’s a critical difference, I think. In most Christian movies, these “virtuous pagans” feel more like casings for, I guess, souls. And everything they say or do reflects an unseen war over that soul. Is he helping that old lady with her groceries? Clearly, that talk with the preacher is having an impact on the guy. Did she talk back to her dad? She’s under the sway of the evil one. Everything is framed in terms of the character’s relationship to God. And because we all either find God or don’t find him in the end—that’s presumed in all Christian movies—there’s a sense of inevitability in all these stories. Orchestration. As such, Christian movies can feel like they’re walking through a maze backwards, where every twist and turn has obvious resonance, where we’re forced to see God’s guiding hand through it all. I think this is why Christian movies—even those with the best of intentions to serve as more than just cinematic sermons—can feel hokey and preachy.

Now, ironically, the events in Risen are clearly orchestrated. But here’s the key: Risen dives into the story firmly planted behind Clavius’ cynical, world-weary eyes. It allows us to experience the story as he would—not as we, who know how the story ends already, would. Even though it gives away its ending with its very own title, Risen never loses its sense of suspense. Why? Because it respects and buys into Clavius—not only the man he may become, but the man he is when we first meet him. Clavius never feels like a pawn locked in a cosmic tug-of-war: He feels like a person.

It’s so easy to slip into this man’s skin, to follow a pretty unremarkable man as he chases a remarkable story. He’s very much like Scully in The X-Files: A skeptical, doubting everyman—but one who wants to uncover the truth, whatever that truth might be.

There are other welcome departures from the standard Christian movie, too. You can feel the confusion and conflict in the characters Clavius talks with—from fretful Pilate to the scared Mary Magdalene to the drunk, confused and terrified guards trying to make sense of what happened at the tomb.

Also Jesus (called Yeshua here, and played by Cliff Curtis) actually looks Middle Eastern—not the very Northern European Jesus we see so often. He’s not singled out by a glowing-white robe, either, so it takes us time to locate him in a crowd, reflective of what Isaiah told us (“He has now beauty or majesty to attract us to Him, nothing in His appearance that we should desire him.”). And yet, once the camera forces us to pay attention to him, Jesus feels quite remarkable indeed—not a distant figure just halfway human, but a guy so wholly human that he’s capable of feeling more joy and pain than you’d ever know.

Risen takes its characters seriously. It treats them with respect. And that makes for a good movie. Not just a good Christian movie, but a good movie movie.

Risen does stumble at times. It’s hard to depict Jesus’ return without it feeling a little, well, preachy. Maybe the movie would’ve been stronger had it ended a bit earlier—just as it dawns on Clavius that the truth really was “out there,” and that truth changes everything.

But it feels lame to quibble about those sorts of particulars when the overall product is so strong.

Ever since The Passion of the Christ came out in 2004, it seems that Christian and secular moviemakers alike have tried, and often failed, to tap into a Christian audience. Christian movies can make their money and thrill their most ardent fans, but they leave critics cold and alienate more secular moviegoers. Hollywood, when it tries to make a big-budget film for the faith-based crowd—a Noah or Exodus: Gods and Kings—it sometimes seems to ignore what that crowd actually wants to see.

Risen, for the first time in a long time, seems to blend both Hollywood storytelling with faith-centric sensibilities. It’s a good movie with a good message, and one that not only inspires, but makes you think. Here’s to hoping that Risen does well at the box office, because I’d like to see more movies like it in the future. 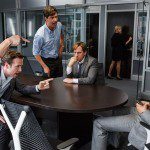 February 17, 2016
Movies Get Preachy. (But Should We Listen to the Sermon?)
Next Post 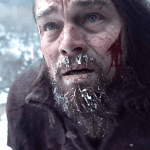 February 26, 2016 What's a Life Worth? Oscar's Best Pictures Tell Us
Recent Comments
0 | Leave a Comment
Browse Our Archives
get the latest from
Watching God
Sign up for our newsletter
POPULAR AT PATHEOS Entertainment
1