Movies Get Preachy. (But Should We Listen to the Sermon?)

Movies Get Preachy. (But Should We Listen to the Sermon?) February 17, 2016 Paul Asay

Economics is boring, and there’s really only one way to make the subject sexy: Turn it into an A-list, Oscar-nominated movie.

The Big Short tackles subjects that might put even most finance majors to sleep: subprime mortgages, collateralized debt obligations, complicated hedge funds. But when Christian Bale, Brad Pitt and Margot Robbie in a bubble bath are discussing them, we’re riveted. Thanks to the skill of director Adam McKay and the collective charisma of its all-star cast, The Big Short has earned more than $64 million and been nominated for five Oscars.

It’s the best lecture I’ve ever seen about American finance—and a pretty good sermon to boot.

That’s right: sermon. The Big Short is, in its own way, a big, profane morality play. Not only does itteach its audience about the American economy (specifically how it relates to the housing crisis and the Great Recession of 2007), but it tells us what to think about it. This is a deeply preachy movie, pointing out the Recession’s biggest sinners and condemning them to, if not hell, at least cinematic purgatory—to be publicly shamed on screen as if locked in a pillory.

While The Big Short’s overt sermonizing is unusual for a mainstream movie, its purpose—to teach, to sway, to convict—is not. Most stories are, and have always been, morality tales. From the Bible and the Bhagavad Gita, from Aesop’s fables to Jesus’ parables, stories have been used to illustrate for us what’s right and wrong, what’s good and what’s bad. Movies are simply bright, expensive extensions of our storytelling inclinations—and the medium, arguably, is as an effective a conduit for moral teaching as we’ve ever seen.

But these days, cinema is wading ever more confidently into ethical waters. Many of Oscar’s Best Picture winners in the 21st century—12 Years a Slave, The King’s Speech, Crash—seem deeply interested in teaching their audience something. And the medium’s moral authority seems to grow as other, more obvious sources of morality wane.

In Hollywood’s Golden Age of the 1930s and ’40s, movie-based morality was more of a passive thing, used to support the real teachers of the age. Back then, we had more faith in our schools, our government and our religious institutions. Movies—thanks to a strict and formal code of ethics instituted in 1930—reflected the relatively homogeneous values of the day. You didn’t see any sex on the big screen in those days. You didn’t hear any profanity. And movies were forbidden from mocking the clergy.

But the code eventually crumbled, and not too long thereafter, our collective trust in those institutions crumbled, too. “Politician” is one of America’s least-respected occupations now, right alongside prostitutes and car salesmen. Religious affiliation is declining across the board, while people who claim none has skyrocketed in the last seven years.

Little surprise that, in this entertainment-soaked age of ours, movies are filling some of that moral vacuum.

Look at today’s animated kids’ flicks, and you’ll see far more ethical depth than we did 30 years ago. Charlie Brown in The Peanuts Movie is a guy of unshakeable (if uncool) integrity—and it’s his trueness of purpose that eventually wins him the praise of the Little Red-Haired Girl. Inside Out is as emotionally rich and as morally deep as movies come. Even Minions is about the power of friendship and sacrifice.

We expect a bit of teaching in our children’s movies. But adult films are no less moral. Look at the year’s bevy of Oscar-nominated pictures, and you’ll see that most of them have an ethical soul to them—be it the pointed critiques of The Big Short and Spotlight to the more general, life-affirming messages of The Martian and Bridge of Spies. Few movies are simply story-for-story’s sake: There’s a point to them. A message.

All that’s good—as far as it goes.

But here’s the thing: Because movies can be so persuasive, we often forget they’re teaching us at all. Sometimes, because they move us so, we forget to analyze them critically. We forget to question them the way we might our other institutions. We can be shaped by them in ways we’re not even aware of.

Most everything I know about the housing crisis of 2007 I owe to The Big Short. It’d be very easy to just embrace the movie’s message uncritically. But what if the story isn’t quite so black-and-white as the movie made it seem? How would I know? It goes without saying that movies come with a built-in bias, but it’s an important reminder all the same.

I believe that we have to ask questions of the films we watch—just as we would for any other institution that tries to tell us what’s right and wrong. Just as we question our political and religious leaders, we should do the same of our movies. Even sometimes when we agree with them.

Hollywood isn’t the bastion of amorality that some suggest it to be. The film industry is, in its own way, deeply moral, and growing more so. But the morals it teaches can be sharply different from those we’ve learned, from those we try to pass on.

It’s fine if movies try to teach us a thing or two. Sometimes the lessons are good. And even when they’re not, they can serve as a great springboard for thought and discussion. But we should never, ever forget that, even with a bag of popcorn in our laps, we’re in class. And it’s good to ask a challenging question now and then. 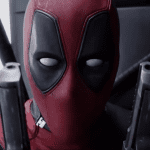 February 15, 2016
To Kill or Not To Kill? That is the Question For Superheroes
Next Post 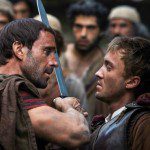 February 21, 2016 It’s not just Jesus who rises again in Risen: It’s Christian filmmaking.
Recent Comments
0 | Leave a Comment
"Thanks, BrowserPhil ... so embarrassing. Aravis was from The Horse and His Boy, right?"
Paul Asay Narnia Comes to ‘The Falcon and ..."
"Please replace Aravis with Jadis. :-)"
BrowserPhil Narnia Comes to ‘The Falcon and ..."
"I know that the first film on this list not explicitly about Christian faith, Denis ..."
Robert Charles The 12 Best Non-Christian Christian Movies ..."
"The author, starts the article with a dismissive/arrogant affirmation unto all that are worthy to ..."
oscar deltoro ‘I’m Just Fascinated by It.’ Morgan ..."
Browse Our Archives
get the latest updates from
Watching God
and the Patheos
Entertainment
Channel
POPULAR AT PATHEOS Entertainment
1