National Geographic Asks, Can We Ever Know God? Answer: Sorta

“What is your concept of God?”

I was in high school when I was first asked this question, eating French fries at 2 a.m. with some of my friends. I was hanging with a pretty eclectic crowd that evening—wanna-be hippies and struggling agnostics and one guy who swore he could bend spoons with his mind (or he would be able to, with practice). I think I was the only traditional Christian in the bunch. But ironically, perhaps I was the one most challenged by the question. And frankly, it hasn’t gotten any easier. The more I learn and, hopefully, grow in my faith, the more challenging it is.

We Christians, in many ways, worship a God of paradox. We believe Him to be infinitely just and infinitely merciful. He wholly other and, in Jesus, fully human. We cannot possibly understand all that He is. And yet we claim relationship with Him.

I could feel some of that inherent paradox—and the resulting tension—in Morgan Freeman in “Who is God?”, the latest episode of National Geographic’s The Story of God. Freeman says that he was raised in a Christian environment. But he repeatedly comes back to the frustrating gulf most of us Christians feel at times—the chasm between God and us. We can’t see Him. We can’t touch Him. We can’t even know, for sure, if He’s there.

What is your concept of God? I don’t remember what I said in that moment back in high school, but I imagine that it was an amalgamation of some of the ways He’s been described in the Bible: King, judge, farmer, father. He’s described as fire, a rock, a lion, a lamb, and yet we were made in His image. He walked through the Garden of Eden, Genesis says. He “shut up the sea behind doors when it burst forth from the womb,” Job tells us. He created the world and yet what we know of him we must glean from ancient texts and hazy interpretations of our own lives. We cannot escape the paradox.

Whatever our concept of God is, it may ultimately tell us more about us than about God.

In the episode, Freeman spends time exploring the huge, bewildering pantheon of Hindu gods and goddesses—one, it would seem, for every street corner and every family. But each of these deities, we’re told, is a bit of a manifestation of a far, far greater divinity—a shapeless, beautiful energy that cannot be comprehended by mortal man. Hinduism’s collection of gods and goddesses helps bring divinity closer to human understanding—so much so that “gods,” or at least the statues of gods, can be touched and carried. People gravitate to different gods based on their own needs and the gods’ personalities.

“I like the way that believers here find gods that best suit their own beliefs,” Freeman tells us. “It’s like a spiritual fingerprint, unique to each person.”

There’s an attraction to this sort of faith—particularly (and paradoxically) in our freedom-loving Western cultures. We embrace our individuality and revel in self-expression. We have a long tradition of celebrating the rebel—the person who “broke the mold” or “colors outside the lines.” We insist that “rules are meant to be broken.” And that, in some ways, seems to rub hard against the God of Abraham who, we’re told in the episode, put us under one set of all-encompassing law. It’s little wonder that faith seems to be on the decline the United States. The nature of God—at least as we have always understood Him to be—doesn’t always mesh with how we want to live.

But even when we retain our faith, we can twist it into a shape a bit more pleasing to us. When we look at the Bible, it’s tempting—perhaps unavoidable—that we, too, turn our one, monotheistic God and split him into many. We turn Him into a bit of a pocket-size deity—one that suits our own beliefs and inclinations.

I know my own inclination is to skip past passages that talk about God’s flat-out intolerance of evil in favor of those that stress His grace and mercy. There are other Christians that flip the script, stressing God’s righteousness while skipping past the mercy. Sometimes, we Christians might worship a God that condemns other people’s problems but looks at our own sins like an indulgent grandfather. Thomas Jefferson famously cut apart his own Bible to make it fit his own beliefs a bit better. But really, in a way, that’s what many of us do.

My concept of God is shaped a great deal by my environment, my upbringing, my weaknesses and my strengths. And even if none of that stuff was getting in the way, our concept of God is handicapped by our own mortal natures. Most of us only imperfectly understand ourselves. How could we hope to understand the Creator of the Universe?

And therein we find yet another paradox of the Christian faith: We are told we can understand him. Imperfectly and with bias, it’s true, but because we believe His character was embodied in Jesus.

What is our concept of God? How can we understand Him? It’s a great topic for conversation. But as fascinating as the question is, what we know about God isn’t nearly as important as our belief that He knows us. 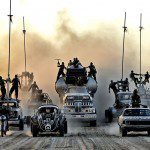 April 6, 2016
The Curious Charm of the Apocalypse
Next Post 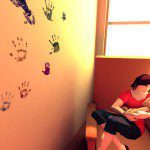 April 15, 2016 That Dragon, Cancer Isn't a Game: It's a Prayer
Recent Comments
0 | Leave a Comment
Browse Our Archives
get the latest from
Watching God
Sign up for our newsletter
POPULAR AT PATHEOS Entertainment
1