The Curious Charm of the Apocalypse

The Curious Charm of the Apocalypse April 6, 2016 Paul Asay

When I was a boy, the first real book of the Bible I read on my own wasn’t Genesis or John or Romans. It was Revelations.

It sounds odd, I know, but I’d been to Sunday School plenty. I knew my Bible stories. I knew Jesus was great. And I thought that most of the Bible was made, pretty much, of everything I already thought I knew—only with a lot more confusing words like “thy” and “thou.”

But Revelations was something different. It was a book that felt, in a way, forbidden. My Sunday school teachers never talked about the Four Horsemen or the Seven Seals. They never discussed the star Wormwood or the Beast with seven heads. When I was 12 years old, I knew about the love and mercy stuff. But what I really wanted to know then how it was all going to end.

“Apocalypse,” the second episode of National Geographic’s The Story of God With Morgan Freeman, airing April 10, taps into that curiosity I felt as a 12-year-old boy. A curiosity that, perhaps, is universal.

“We have a morbid attraction to the apocalypse,” Freeman suggests, and I think that’s true. I don’t have to look very far for evidence, really. As a movie critic, I seem to see it every week.

Take a look at some of Hollywood’s biggest blockbusters, and you’ll find apocalyptic narratives—either how we might get to Armageddon or how we’ll deal with it once it comes. The Hunger Games series, which ended last year, takes place in a post-apocalyptic world where teens are killed for sport. Worldwide the movies made, all told, nearly $3 billion. Mad Max: Fury Road, also released in 2015, gives us a different dystopia, where water and gas are far more precious than life. The flick was a monster hit and was nominated for 10 Oscars, winning four.

This interest is nothing new, of course. From 1927’s Metropolis to 1968’s The Planet of the Apes to 2006’s Children of Men, we moviegoers have loved peeking underneath the veil to see a dark, imagined future filled with cataclysm and mayhem. I can’t count the number of times I’ve seen the White House blown to bits or the West Coast submerged in sea water or lava. If anything, the interest only seems to build with time. Even now, our multiplexes are screening The Divergent Series: Allegiant (where we see a world shattered by war) and Batman v. Superman: Dawn of Justice (where—spoiler warning—a creature fittingly named Doomsday makes an appearance). Many more movies with, presumably, end-of-the-world scenarios are still to come this year: Independence Day Resurgence, the Ghostbusters remake and the fittingly named X-Men: Apocalypse, to name a few.

Hollywood knows our thirst for apocalyptic stories. We literally can’t get enough of them. We don’t want to be told that everything’s going to be all right. We want to know the horrible truth—even if, in the case of movies, someone has to make it up.

Why this interest in such a seemingly depressing topic? Perhaps part of it is what a few researchers suggest in The Story of God: We like to be prepared. There’s also that innate “morbid attraction” that Freeman mentions. We have a curious fascination with mortality and death—our own and, by extension, the world’s. Why else would we spend good money every Friday night to watch major cities crumble before us?

And yet. even in the apocalypse, there’s often the hope, and sometimes the promise, of a happy ending. And perhaps that’s part of the fascination, too. Even when things are at their absolute darkness, there’s a light coming. Each night brings a new dawn.

I wrote about cinematic apocalypses in my book Burning Bush 2.0: How Pop Culture Replaced the Prophet. “In each ending, we can find a new beginning,” I wrote. “In each disaster we can find hope. Even if our technology tears us down or our anger blows us up or our wisdom and strength fail us, the foolishness of God will still be there with us, loving us. Even when the world stops spinning.”

When I read Revelations, I read it for the “bad stuff.” But a lot of people lose sight that the book, after all the terror and disaster, ends happily ever after—with a new heaven, a new earth and unfathomed beauty. “Yes, I am coming soon!” Jesus tells the book’s readers. And for Christians, that alone is reason for optimism. 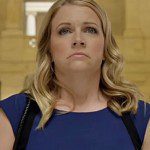 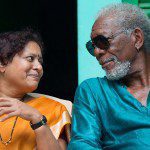 April 12, 2016 National Geographic Asks, Can We Ever Know God? Answer: Sorta
Recent Comments
0 | Leave a Comment
"Thanks, BrowserPhil ... so embarrassing. Aravis was from The Horse and His Boy, right?"
Paul Asay Narnia Comes to ‘The Falcon and ..."
"Please replace Aravis with Jadis. :-)"
BrowserPhil Narnia Comes to ‘The Falcon and ..."
"I know that the first film on this list not explicitly about Christian faith, Denis ..."
Robert Charles The 12 Best Non-Christian Christian Movies ..."
"The author, starts the article with a dismissive/arrogant affirmation unto all that are worthy to ..."
oscar deltoro ‘I’m Just Fascinated by It.’ Morgan ..."
Browse Our Archives
get the latest from
Watching God
Sign up for our newsletter
POPULAR AT PATHEOS Entertainment
1