Three Reasons to Be (Tentatively) Excited About The Silver Chair Movie

The Silver Chair is getting a movie. And I’m … cautiously optimistic?

I know, I know. Foolish, right? Previous films based on C.S. Lewis’ beloved Chronicles of Narnia haven’t given me a lot of reason for optimism. The Lion, the Witch and the Wardrobe was fine but flat. Prince Caspian was a grim, gloomy slog. The Voyage of the Dawn Treader was actually pretty fun—if you could forget everything you knew about the book.

OK, so for bibliophiles like me, the book is always better. It’s, like, a rule. And I’m primed to be particularly critical of any Chronicles of Narnia movie that dares pop out of the Bism that is Hollywood.

I’ve loved Narnia ever since I was 10. I’d be known to plow through two books in a day, and when I was done, I’d sit in my closet (wardrobes weren’t much of a thing in my house) and wait for hours—or, at least, several minutes—for some magical land to appear. To this day, that horse scene in The Last Battle (you Narnians know the one I mean) still makes me cry.

I read the books to both my kids. I have a map of Narnia hanging up at home. If I had to point to one reason I write today, it might be … well, my fifth-grade teacher Mrs. Carter. But right after that comes The Chronicles of Narnia!

So yeah, I’m probably an exacting critic. And so when I heard that Sony might recharge its long-festering Narnia franchise (Voyage of the Dawn Treader was released seven long years ago), my first reaction was queasy euphoria: “Awesome!” followed quickly by a rather Puddleglummish, “I hope they don’t mess it up.”

But the more I think about it, the more excited I am about the possibilities. Here’s why. 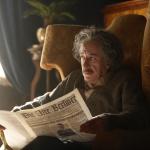 April 22, 2017
NatGeo’s Genius Showcases Einstein’s Heart and Mind. What About His Soul?
Next Post 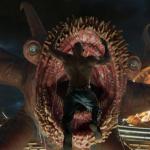 May 4, 2017 7 Hungry Sins to Watch For in Guardians of the Galaxy Vol. 2
Recent Comments
0 | Leave a Comment
Browse Our Archives
Follow Us!