7 Hungry Sins to Watch For in Guardians of the Galaxy Vol. 2 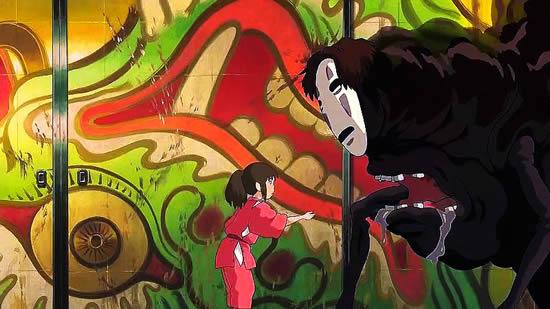 The film opens with an action sequence, our heroes battling a massive, mouthy interdimensional creature with a taste for expensive batteries. They shoot and stab at the thing while the beast tries to swallow them with its toothy maw, all while Baby Groot dances to a little classic rock. Pretty great beginning to a pretty good movie.

But as I watched, I got to thinking about the monster. You know, he’s probably not a bad guy, in his own monstrous way, I thought. Maybe he kissed his monster spouse goodbye that morning. Maybe he’s just picking up a few groceries for the kids. Maybe he’s just really, really hungry, and he needed something to eat right now.

And maybe, when we’re at our worst, we’re all a little like that monster.

“Hardly anything is evil, but most things are hungry,” Doctor Who said during a recent episode. “Hunger looks very much like evil at the wrong end of the cutlery.”

I think there’s a lot of truth in that, though I’d twist it a little. Most things are hungry, and sometimes our hunger pushes us in bad directions. It makes us want to do evil things.

I think we start out hungry. We begin with, as mathematician/philosopher Blaise Pascal said, a “God-shaped hole” in us. We long for Him. We’re hungry for the bread only He can give, the water only He can pour—even when we don’t know it. Then, through inclination and circumstance, life widens that hole, stokes that hunger. We crave the love we could never quite feel from our parents or friends. We long for approval. We desire what we once had but lost (or what we’ve never had but feel like we should). And so we try to fill that hunger with whatever looks filling to us.

I think we’re a little like No-Face from Hayao Miyazaki’s Spirited Away: Always eating, never full.

From Spirited Away, photo courtesy Toho

And while some smart Christians might argue with me, I don’t think that hunger ever goes away completely. Not in this lifetime. Faith helps fill that hole, sure. But we still sometimes feel that pang of emptiness. Why else would the temptations around us still be so tempting?

The hunger itself isn’t, in itself, bad. It’s just a symptom of who we are and where we’re at. But, as The Guardians of the Galaxy Vol. 2 shows us in seven “characters” (including the rubbery beastie above), it can lead us astray and get us into trouble. If you go to the movie, consider how a hunger for something impacts … 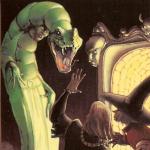 April 27, 2017
Three Reasons to Be (Tentatively) Excited About The Silver Chair Movie
Next Post 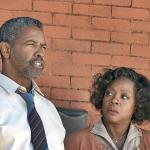 May 8, 2017 I Have a Question About Gender-Neutral Acting Categories: Why?
Recent Comments
0 | Leave a Comment
Browse Our Archives
Follow Us!

Common Grace, 1.29
Kuyper on the delay of God's judgment
view all Entertainment blogs
What Are Your Thoughts?leave a comment
Copyright 2008-2017, Patheos. All rights reserved.