In David Lowery’s excellent, intimate A Ghost Story (increasing its theatrical run this week), the ghost (Casey Affleck) is simply known as C. Killed in a car crash, C spends his days and nights and years in his haunted house, the house he loved and cherished beyond reason. Staring at the living world from behind a sheet—an image somehow silly, eerie and achingly sad all at once—he watches, mute, as his wife finally leaves and a succession of others come, to live in the house. His house.

He watches as his home becomes a party pad, filled with revelers drinking and smoking and dancing. One of them begins talking, unspooling the meaning of life—not just why we live, but why we create and persevere.

She says no, and the man seems chagrined for a moment. It’s so much easier to find meaning, he says, if we have God. What we do has intrinsic meaning then. It is timeless.

Without God, meaning becomes more difficult. But he surmises that we go on to build immortality. To build a legacy. “We build our legacy piece by piece and maybe the whole world will remember you or maybe just a couple of people, but you do what you can to make sure you’re still around after you’re gone,” he says. But as he unpacks the grim reality of time—that no matter how well we’re remembered, or how great a work we create, it will eventually be no more. Just like us.

“I feel like the character in the movie gets two-thirds of the way through a pretty good argument as how one could live a hopeful, positive life without looking forward to an afterlife,” Lowery, who wrote and directed A Ghost Story, told me during a recent interview. “And he doesn’t quite get there, but he’s working his way there, which is what I was having to do myself.”

Lowery is fascinated by time and is—if his portfolio of films is any indication—preoccupied with themes of loss and grief. The 36-year-old Texas filmmaker, who also directed the Pete’s Dragon remake last year, has a knack for tackling big themes in an intimate way. Filmed in an almost-square, 1:33:1 ratio, most of A Ghost Story takes place in a small, suburban home. “Action” is sparse; Lowery doesn’t hesitate to spend long stretches simply … watching. Like C.

I talked with Lowery about the making of this unusual, eerily beautiful film. We talked about loss and grief, the nature of time and his relationship with faith. And he told me why he decided to drape a freshly minted Oscar-winner (Affleck) in a sheet for most of the movie. (The interview’s been edited a bit for length and clarity.) 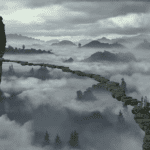 July 18, 2017
I'm Officially Pumped for Disney's A Wrinkle in Time
Next Post 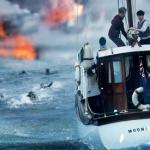 July 24, 2017 What Dunkirk Can Teach Us About Finding Victory in Failure
Recent Comments
0 | Leave a Comment
Browse Our Archives
get the latest updates from
Watching God
and the Patheos
Entertainment
Channel
Books by This Author Books by Paul Asay