“There’s Something Greater Than All of Us.” A Conversation With Annabelle: Creation Writer Gary Dauberman

“There’s Something Greater Than All of Us.” A Conversation With Annabelle: Creation Writer Gary Dauberman August 10, 2017 Paul Asay

The wind howls. A door creaks. And then in the darkness—just out of the corner of your eye—you see something move. Was it a bit of paper, picked up by a draft? The family cat? Or was it … something else?

Gary Dauberman knows how to bring such scenes to terrifying life. The screenwriter seems to specialize in horror scripts, particularly those involving the supernatural. The writer behind 2014’s hit horror flick Annabelle has been busy lately: He’s crafting a television adaptation of Valiant Comics’ paranormal investigator Dr. Mirage for the CW, and he’s the writer behind arguably the year’s two most anticipated horror flicks: Annabelle: Creation and IT.

I had the opportunity to talk with Dauberman a little about his work, the nature of evil, the promise of a greater good … and whether he leaves all the lights on in his house when he’s writing.

Paul Asay: I saw Annabelle: Creation earlier this week, and I thought it was really effective—very creepy. It seems like you really specialize in these sorts of stories—not just horror, but supernatural horror. What draws you to these sorts of movies especially?

Gary Dauberman: I love horror of all kinds, but you’re right. I do have an affinity for the supernatural especially, and I think that has to do with me really being a believer that there’s something that’s greater than all of us, and that death is not an end. So writing and researching these stories kind of reaffirms that for me in a way. Even if there’s a demonic presence, I’m always going, ‘if there’s a demonic presence, that means that somewhere out there there’s good.’ And a lot of times in these movies, the good comes from within. And that’s at the core as to why I really like these movies. Other than, you know, I love a creaky door. I love to be scared just like anybody.

Asay: There’s something spiritually powerful about supernatural horror movies, isn’t there? I know in the Christian circles that I run in, lots of folks don’t like horror. But the genre gives you a chance to really grapple with some of the biggest of big issues, right? The nature of good and evil, life and death, that sort of thing.

Dauberman: I completely agree with you. I haven’t had any first-hand experience of people not liking it for those reasons, but you really do get to explore some big themes in a really fun, imaginative way.

Look, I can understand if someone just doesn’t like gratuitous violence and all, for instance, but that’s not what the Conjuring universe (of which Annabelle: Creation is apart) is at all. Or a lot of horror movies. There’s different subgenres that I think if people would just explore and dig a little bit deeper, they would find some really thought-provoking, challenging movies that also happen to be very entertaining, you know?

And that’s why I love horror. You get some of the best performances, I think, are in horror, and it’s a genre that’s overlooked time and time again. These are not easy movies to perform in, because you’re going through such a wide range of emotions. … And then it’s such a director’s genre, too. Letting the right moments live and breathe, when to cut, when not to. It’s just a genre that I think more and more people should explore, because there’s definitely things out there for everybody.

Asay: And it must be hard to write in that genre, too. Go a step too far, and it becomes unintentionally funny or unbelievable. Writing a good horror movie—or book or whatever—really walks on a razor’s edge, doesn’t it?

Dauberman: It’s like comedy. You have to have a sense of timing in horror. And fortunately for me, it’s such a collaborative environment, it doesn’t all fall on my shoulders. From the script stage on, I’m working so closely with (producer) James Wan, (director) David Sandburg, (producer) Peter Safran, the guys at New Line …  we’re all sort of keeping each other in check. OK, did we go a little too far here? Should we dial it back, or did we not push far enough? So it’s great to have that audience of five or six that you can sort of bounce ideas off of, to make sure that we get that timing right. Because you’re right. it’s so, so important.

Asay: When you look at Annabelle: Creation and IT, I see some similarities in the way that evil works in both of them. They’re both, in their own ways, subverting these touchstones of childhood and innocence: The clown in IT, the doll in Annabelle … even the daughter in Annabelle: Creation subverts the feelings we have for our own kids. Does this communicate something about the nature of evil? That it can subvert things that we know and like?

Dauberman: I never thought about it in those terms. But yeah, I think you’re absolutely right. … My son’s 7, and I’m watching him go through a range of what he was scared of at three compared to what he was scared of at 7. …  But now I have the challenge of explaining to him that sometimes the evil can come dressed up as an (innocent) thing. They’re not always wearing a black hat. Evil’s not always twirling its mustache. I think that’s where a lot of this type of [horror comes from]—a clown in IT, a doll in Annabelle, a game in Saw. It’s these sorts of movies, they take what we love, subvert it and make it evil, and that makes it all the scarier. Scarier than just, you know, a creature running around and all that stuff.

Asay: One of the things that I appreciated about Creation—and really, about all the Conjuring movies—is they feel a little old-fashioned. They take place in these creepy houses and they incorporate some pretty familiar horror tropes. What makes these haunted house movies, and these age-old tropes, so durable? Why do they still scare us?

Dauberman: This is something I ask myself whenever I write, “The door slowly creaks open.” Sometimes it works, sometimes it doesn’t, and I think it really comes down to the director. When you have a guy like David Sandburg, you can write something as simple as that, and you know he’s going to hold on that door, and hold on it and hold on it, and then it’s going to start to creak open, and he’s going to make sure the sound’s just right, with the sound getting louder and louder and louder—and it suddenly this small moment becomes a meal.

I also think that [these tropes are] such familiar things. … We all know what it’s like to be in a house alone at night, no one’s there, and what was that in the other room?. It’s a house settling and you go check. Everything’s OK, but you’re a little uneasy. I think when you hear these things in the movie, you get those callbacks to that time when you were experiencing something similar.

Asay: So, like you, I write quite a bit, and I sometimes write late at night. And when I put myself in your shoes, I wonder … when you’re writing these really scary stories, do you turn on all the lights in your house?

Dauberman: (Laughing) I compulsively always make sure the doors are locked and that type of stuff, because that stuff freaks me out. I do write late at night like you. After the kids go to bed and stuff, I’ll go back out for shift number two, and I like soft light, and I’ll pull up an old horror movie or something and read some story and that’s the stuff that creeps me out. [But] when I’m doing it myself, I’m still thinking about some technical stuff, or, I’m never sitting back and thinking, ‘wow, that’s really scary.’ What’s going on is [me thinking] ‘well, I hope this is scary,’ or “I hope they dig it.’ but I’m never scaring myself other than when I’m looking at other people’s work. Which happens quite often. 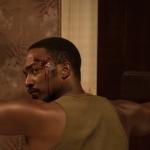 August 8, 2017
We Can't Just All Get Along: Detroit as Seen by Four Characters
Next Post 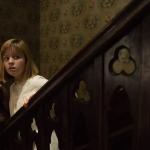 August 16, 2017 Three Ways 'Annabelle: Creation' Nails Evil (in Our Own Lives)
Recent Comments
0 | Leave a Comment
Browse Our Archives
get the latest from
Watching God
Sign up for our newsletter
POPULAR AT PATHEOS Entertainment
1