Three Ways ‘Annabelle: Creation’ Nails Evil (in Our Own Lives)

There’s no doubt that the doll in Annabelle: Creation is a truly terrible toy. She’s not some misunderstood waif, playing out her own bad decisions. She’s not a tortured antihero taking moral shortcuts to a worthy end. The doll is a conduit to, it would seem, hell itself. You don’t look at her and say, “Well, from a particular point of view, she makes sense.” Maybe Satan could come up with a nice counterargument for poor ol’ Annabelle, but we need not buy into it.

Annabelle is evil. She looks evil. She acts evil. She brings evil into this world. Let’s not waste a lot of time trying to excuse her actions.

I thought about Annabelle: Creation a bit while the events surrounding Charlottesville unfolded: How white supremacists marched through the streets; how a group of protestors responded with their own counter rally; how a car, driven by a man who apparently idolized Nazism, drove through those protestors, killing one and injuring many others. How some have suggested that those sides in Charlottesville were somehow a moral wash.

Look, none of us is without sin. We all harbor a certain darkness in our souls. I mess up plenty in my own life, and as a rule, I’m pretty uncomfortable standing in judgment of anybody.

But here’s the thing: Evil is real. White supremacy is an evil inclination. And certainly, to kill protesters standing up to that evil—as, I think, God calls us to do—is an evil act.  There should be no equivocation.

While the cinema is rarely a great source of deep moral instruction, most of us get perhaps our first idea of what evil looks like from the movies. As a little kid in the 1970s, I wasn’t exposed to the horrors of the Khmer Rouge or the atrocities of Idi Amin. But I saw a beautiful queen turn into a wicked witch in Snow White and feed the girl a poisoned apple. I watched Darth Vader kill a nice old man in Star Wars. As outsized as the cinematic evil may be, what we see on screen helps us better define the evil we see on the streets. And in its own imperfect way, movies tell us how to fight that evil, too.

Evil is in vogue at the movies: It’s as if Hollywood decided, en masse, to rest its troubled antiheroes for a spell, giving us instead a cadre of throwback do-gooders and unrepentant demons. From Annabelle to Wonder Woman, from The Dark Tower to Detroit, moviegoers have been re-acquainted with what evil looks like … and offers a few lessons about how to recognize and deal with the evil we see in our own lives. Here are a few: 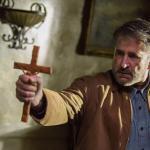 August 10, 2017
"There's Something Greater Than All of Us." A Conversation With Annabelle: Creation Writer Gary Dauberman
Next Post 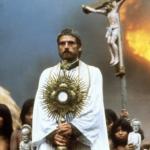 August 23, 2017 Is God in the Movies? A New Book Shows Us How to Find Him There
Recent Comments
0 | Leave a Comment
"Thanks, BrowserPhil ... so embarrassing. Aravis was from The Horse and His Boy, right?"
Paul Asay Narnia Comes to ‘The Falcon and ..."
"Please replace Aravis with Jadis. :-)"
BrowserPhil Narnia Comes to ‘The Falcon and ..."
"I know that the first film on this list not explicitly about Christian faith, Denis ..."
Robert Charles The 12 Best Non-Christian Christian Movies ..."
"The author, starts the article with a dismissive/arrogant affirmation unto all that are worthy to ..."
oscar deltoro ‘I’m Just Fascinated by It.’ Morgan ..."
Browse Our Archives
get the latest from
Watching God
Sign up for our newsletter
Books by This Author Books by Paul Asay