NatGeo’s The Story of Us Misses the Full Story

Morgan Freeman is one of the United States’ most beloved entertainment figures. He’s appeared in dozens of movies as everyone from a dutiful chauffer (Driving Miss Daisy) to God Himself (Bruce Almighty). His honeyed, earthy voice has graced countless products more. He’s active in theater and has even been known to direct a television episode on occasion. Clearly, it’s not like the guy has a lot of free time.

But time or no, Freeman’s been moonlighting on cable as a sort of documentarian ringmaster—serving as a trusted guide for science, religion and humankind.

Freeman’s Science Channel series Through the Wormhole began in 2010, only ending its eight-season run this May. On the National Geographic channel, Freeman has hosted The Story of God for two seasons, sending viewers on a globe-trotting survey of world religions. I covered that show pretty extensively here, and I appreciated Freeman’s ability to interact with a dizzying number of faiths with a sense of respect and everyman curiosity.

Now Freeman and his Story of God team is back on NatGeo with The Story of Us—a six-episode journey through the culture of humankind and the “better angels of our nature” that drive us. The first episode, “The March for Freedom,” airs Wednesday night.

The results are a bit mixed.

Oh, Freeman is still as enjoyable to watch and listen to as ever. He melds personal anecdotes and reflections into the mix, making the doc feel a little like a conversation over coffee. And the folks that Freeman talks with tell some fascinating stories. In the first episode, we meet a man who escaped slavery in North Korea; a former prisoner who was locked in solitary confinement for more than 43 years; and a trans woman who fled the Taliban in Afghanistan and has undergone dozens of operations to change her appearance.

But The Story of Us is an altogether different exercise than Through the Wormhole or The Story of God. In Freeman’s earlier documentary series, he served as a teacher, unveiling secrets in physics or showing us little-understood religious sects. The Story of Us introduces viewers to some interesting people, yes, but I’m not sure if it teaches us anything.

Well, let me amend that: It does teach us about what secular 21st century culture holds as its most prized values, and how those values should (according to that same culture) manifest themselves. If anything, it’s a snapshot study of sincere secular morality, circa 2017.

Again, let’s return to the first episode—a rumination on what “freedom” means. It begins with Shin Dong-Hyuk the North Korean who most obviously found freedom after spending his childhood as a literal slave. But as the show goes on, the word unfolds with deeper, more complex meaning. Albert Foxworth, we’re told found “freedom” behind bars in fighting for his rights and dignity. The documentary suggests that Victorian Khan, the transgender woman who escaped Afghanistan, continues to fight for her right to be viewed as a woman.

It’s all quite interesting. But “The March for Freedom” chooses to focus on one facet of this complex word. It mistakes freedom as a sacred goal in itself. But the truth is more complicated.

That sounds like heresy, of course. And true, freedom is a wonderful thing. We should continue to all fight for the inalienable rights of humankind. We’re all a part of this society, and we should be able to acknowledge, accept and even honor our differences.

But our freedoms have always been curbed by law and social pressures. We don’t have the freedom to steal or kill. We don’t have the freedom to run traffic lights or park in handicapped spaces (if we’re not handicapped). Even long-held freedoms guaranteed by the Constitution—freedom of speech, the freedom to worship, the right to bear arms—come with caveats. They have for decades, and those caveats in these uncertain times have only increased. Tweet something inflammatory or insensitive, and you’ll likely be lambasted for it—perhaps even fired. I’m not going to say that’s good or bad: It’s just fact.

Freedom has always stood in balance with law and order. The first without the second is anarchy. The second without the first is tyranny. And we’re constantly adjusting the balance.

And it’s interesting to look at the word from a Christian standpoint, too.

“For freedom Christ has set us free; stand firm therefore, and do not submit again to a yoke of slavery,” we read in Galatians. “And you will know the truth, and the truth will set you free,” Jesus tells us in John. Clearly, in an age where literal slavery was open and common, freedom was a huge deal.

But the word freedom is used a bit differently there. The Bible also tells us the importance of submission. We’re told to submit before God and to become living sacrifices to His will and plans. “Live as people who are free, not using your freedom as a cover-up for evil, but living as servants of God,” we find in 1 Peter 2:16. The New International Version puts it even more strongly: “live as God’s slaves,” it says.

Crazy, right? But the Bible recognizes a truth that I believe we lose sight of today: Our own sins and selfish desires craft their own form of slavery. Anyone who’s suffered from an addiction or unhealthy obsession understands this.

We Americans laud freedom, and rightly. We should all be free to pursue our hoped-for destinies, to enjoy the rights and liberties we’ve been inherently granted by God.

But Christians understand that there’s a paradox in freedom: That sometimes we’re at our most free when we give a measure of that freedom away. Sometimes, the more freely someone acts, the more imprisoned they actually are.

The Story of Us can be an interesting, even helpful program. It offers great stories and a helpful take on some powerful terms. But The Story of Us doesn’t tell us the whole story of those terms, of course: For that, we need to bring our own stories to the party. 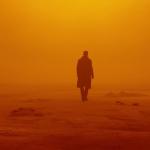 October 6, 2017
Getting to Blade Runner 2049's Soul (Without Getting Into Spoilers)
Next Post 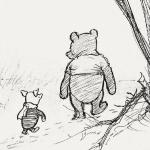 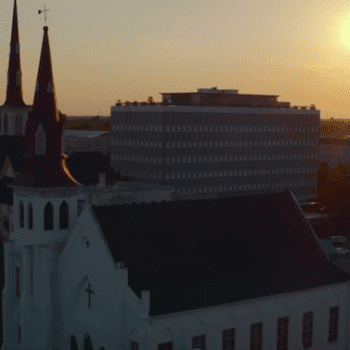 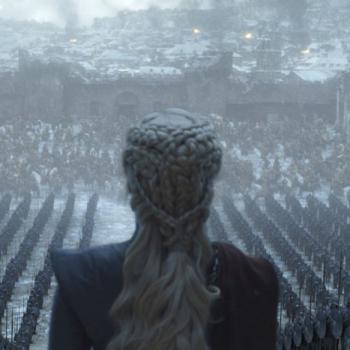 Entertainment
Storytelling is Not a Democracy.
Watching God 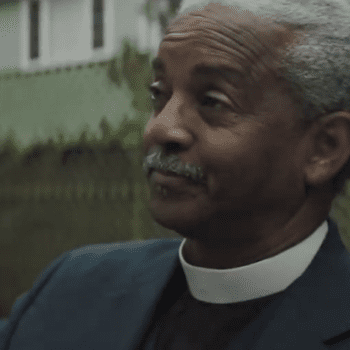 Entertainment
How Do You Respond to Unspeakable Hate? With...
Watching God
TRENDING AT PATHEOS Entertainment