I’m not a cat person.

I used to be, back before I realized that they made my eyes swell shut. After that, I turned my attention to dogs, which by any legitimate measure are simply better than cats. Science says they’re smarter. They’re certainly more trainable. If a burglar comes a-burgling, it’s better to have a dog than a cat—unless, naturally, your dog’s a Pomeranian and your cat’s a leopard. Most importantly, dog hair doesn’t make my eyes swell shut.

But the people of Istanbul may disagree with me.

Istanbul is known for its beautiful churches and mosques, its palaces and bazaars. But it’s also known for its cats—stray felines that spend their days and nights begging for food, defending their turf and raising their little ones. Kedi, a curiously affecting and beautiful documentary helmed by director Ceyda Torun, introduces us to a few of them, along with their sometime human servants.

The result? A poignant rumination on value, grace and even God.

“It is said that cats are aware of God’s existence, but that dogs are not,” we’re told in the movie (and the trailer). “Dogs think people are God, but cats don’t. Cats know that people act as middlemen to God’s will. They’re not ungrateful. They just know better.”

The movie introduces us to lots of people who clearly love cats more than I do. They feed them without fail, care for them, even take them to the vets when needed. Remember, these are stray cats. They’re not pets. They come and go as they please. And some of these cats have lots of medical needs. One baker admits that, “Whatever is in our tip box, it goes to the cats.”

It’s a rare cat that pays its humans back for all this care and attention. For every dedicated mouser we meet in Kedi, we find a half-dozen freeloaders. And naturally, cats aren’t inclined to show much gratitude beyond the occasional purr.

“Any ungrateful behavior on their part is really an act of sincerity,” one cat-loving artist insists. “They don’t need to apologize. I guess there are people who expect that from a cat. I gave you all that food and you won’t even come to my lap. A relationship where they expect a return of investment.”

And yet, most of these folks say they do get a return: Just not from the cats.

One Istanbul resident says that caring for cats helps heal long-festering wounds. Another talks about his nervous breakdown, and how caring for these felines made him better. One fisherman, who holds a cat tenderly in his arms as his (jealous?) dog looks on, admits, “God says I test people. God brings us closer to Him in different ways. For me, it was these animals.”

But that parallel brings with it some serious spiritual heft.

Dogs might not see us as God, as the movie suggests, but they do have a rather Old Testament view of the world. They do something good, and they expect a reward. Do something bad, and they anticipate punishment. They understand sin and guilt and shame. They live under law.

Dogs don’t get grace. Cats do. They accept that grace with nary a thought. And as such, they can teach us something about the nature of grace—something that, perhaps, we should be especially mindful in this season of giving.

Lots of Christians take their giving really seriously. They funnel billions, perhaps trillions, to charity. And that’s great. But sometimes we expect the relationship to be, in some manner, reciprocal. We expect gratitude in return. Love. A return on investment. And if that’s not forthcoming, we tend to grumble a little. Or at least I do.

But that’s not why we should give. We give because we should. We give because of all that Christ gave us. We probably don’t always show sufficient gratitude for His unmatched sacrifices. And frankly, we can’t. The gift was too generous—well beyond our ability to repay. But He gave us the gift of Himself, anyway. And He keeps giving, and forgiving, us all the time.

But even though we, as imitative givers, might never be thanked for what we do for our friends and family, neighbors and total strangers, we still derive benefit. It’s through giving sometimes that we heal our own wounds. That we find some much-needed perspective. That we learn what love is all about.

In Kedi, we meet a man who goes around the streets of Istanbul, bags filled with food as cats walk with him, as if he’s some sort of tuna-scented pied piper.

“It’s overwhelming when I think about them here,” he says. “I have a lot of friends who know what I do here but they don’t understand why I take it upon myself. They think God will provide for them.”

He pauses. “I say sure, but I’m the middleman.”

Kedi is not a faith-based film. But it reminds us that we’re all the middlemen for God’s will. We’re here to help out those in need, whether we’re thanked or not. We’re here to dole out a little mercy and grace in this world—just like Jesus did for us.

Kedi is available to buy and stream on iTunes, Amazon, Google Play and YouTube Red. 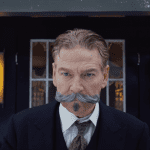 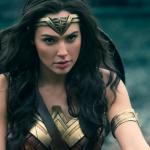 1917 is a relentless video game-like...
Sister Rose Movies
Books by This Author Books by Paul Asay