‘It Changed My Life.’ An Interview With the Director of ‘Summer in the Forest’

Paul Asay: I found Summer in the Forest to be deeply moving. What drew you to L’Arche as a subject?

Randall Wright: I’m not really sure. It was something I really needed. Two things [come to mind]:

I had a great aunt who my family regarded as simple and she had a very distorted face. And when I was 3 or 4, when she came over to pick me up, I think I was—no, I know I was frightened of her. And I’ve always thought about that fear and what it was about. And about 10-15 years ago, I decided to investigate it, as a good starting point, in a way, for a documentary. Investigating something that I think a lot of people feel. A sort of fear of the unknown. A fear or a dread of something in themselves.

So I went to—and this is where it was sort of an incredible piece of luck—I went to the L’Arche community in London. I didn’t really know quite why I was there or what I would feel, and then as soon as I spent the morning there, I started realizing that this was the first place I’ve been to for many, many years where I felt I wasn’t pretending. It was a sort of coming home. It was a place where instead of worrying about projecting a sort of professional identity … I was in a place where all that counted was my ability to relate to someone else, and someone else’s ability to relate to me. And I suppose I kind of fell in love with that, really, as a place and as an experience.

It turned out that one of my very best friends had been one of the managers of the Val Fleuri. …. And she said one day, why don’t you come and mean Jean Vanier? So I went and I met Jean, and I was like anyone else—enormously impressed.

Asay: Jean himself talks about his own fear when he started this line of work. Is there a message in there for us, you think? That even when we’re fearful our out of our element, those are sometimes the situations where we can learn and grow the most?

Wright: I think that’s very perceptive. Jean Vanier offers an incredible experience. He doesn’t offer … in strict rational terms, a sort of answer. He offers himself, really. He offers his friends. And an opportunity to shift, as he says, from a world of power—where we’re in competition, where we’re trying to be the best, where we’re expected to have good brains, where we’re expected to have great bodies, where we’re constantly falling at least slightly short. And even if we are performing well, it will be for a discrete period of time. Somewhere in the future, we’re going to lose that status.

He’s offering [an antidote to] that. And I think the joy of that is that in, a sense, in acknowledging your weakness … what you discover is kind of the joy of being human. That It’s not about being the best. It’s about the quality of your relationships.

I’m explaining it in a very roundabout way, but it’s terribly simple, really. It’s sort of how the world should be. A lot of people talk about L’Arche … as a world turned upside down. There’s a kind of inversion of the usual power structure, you know. What I want to reflect in Summer in the Forest is this incredible beauty, this extreme confidence, this sense of hope. This isn’t a place that’s upside down. It’s actually a place that really, really works.

Asay: That sense of the place shedding that traditional power structure feels quite Christian, in a way—the foolishness of God is wiser than the wisdom of man and all that. I think Vanier even says something pretty close to that in the film. There’s a lot in the film that would feel so powerful to people of faith.

Wright: I would argue that this is a very Christian film. But it’s a Christian film made in the spirit of enormous confidence of Christianity.

Each community is autonomous within L’Arche. They can choose. Their spiritual identity may be Islam or Buddhism or whatever it is, or there may be no [spiritual identity at all]. But whatever the belief system you have, it must lead to accepting everybody. Jean is moved by the Jesus of the poor who loves everyone. And so everybody is loved. Everybody is welcome. 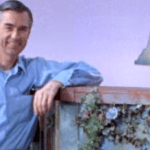 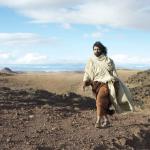 March 26, 2018 Just in Time For Easter, Bringing the Good News to the Small Screen
Recent Comments
0 | Leave a Comment
""
Seersucker Forget the Reviews: Spirited Is a ..."
"Wow, this is a very nice article it contains everything that I was looking forward ..."
Asab Josh The Holy Grief of Black Panther: ..."
"It's another excellent book.→n.1GEOGIPHY.COM/P6553cS"
Axys Causeway Is All About Healing—and Some ..."
"There are many good things in this story✌✌️w.2GEOGIPHY.COM/DT6553Wb"
Okoxmat ‘Stay Prayed Up’ Shows the Power ..."
Browse Our Archives
Related posts from Watching God