No secret here: I like me some Mister Rogers. The television pioneer, who would’ve turned 90 today, has become something of a hero of mine. And I’m looking forward to watching the buzzy upcoming documentary based on his career, Won’t You Be My Neighbor?.

The doc’s official trailer just dropped this morning, and it points to Fred Rogers’ gentle activism: His shows on death and divorce, his ability to gracefully integrate his neighborhood in an era of racial strife, his constant desire to show kids that, yes, they are truly special. And he seemed to do it all without the help of a single focus group.

“You take all of the elements that make good television and do the exact opposite, you have Mister Rogers’ Neighborhood,” Margy Whitmer, the show’s producer, says on the trailer.

The doc itself will be released June 8, which seems like a long wait to re-visit the neighborhood. Can’t wait. 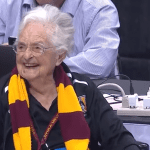 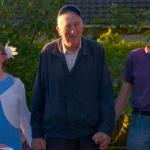 March 24, 2018 ‘It Changed My Life.’ An Interview With the Director of ‘Summer in the Forest’
Recent Comments
0 | Leave a Comment
""
Seersucker Forget the Reviews: Spirited Is a ..."
"Wow, this is a very nice article it contains everything that I was looking forward ..."
Asab Josh The Holy Grief of Black Panther: ..."
"It's another excellent book.→n.1GEOGIPHY.COM/P6553cS"
Axys Causeway Is All About Healing—and Some ..."
"There are many good things in this story✌✌️w.2GEOGIPHY.COM/DT6553Wb"
Okoxmat ‘Stay Prayed Up’ Shows the Power ..."
Browse Our Archives
Related posts from Watching God