If you’re like me, read on and we’ll process together. (But if you haven’t seen Infinity War just yet, wait to read this ‘til you do.)

Most of us go to movies, especially superhero movies, to be entertained. Sure, movies like Captain America: Winter Soldier and Black Panther have wider themes they want to explore. Yes, they can be great and gritty and even kinda sad, like Logan. But normally, the superhero flick is the quintessential popcorn muncher: Exciting, fun, inspirational.

You don’t normally go through the five stages of grief during a superhero movie. Which makes Avengers: Infinity War a truly remarkable and, on some level, heartbreaking departure.

Most of us assumed that someone we cared about would die in Infinity War. Some even calculated Vegas-like odds on who’d shed the mortal coil. (My bet was Captain America, which shows you how much I know.) But outside Disney and Marvel itself, I’m not sure how many of us expected what actually happened—to have so many characters turn to ash and simply … blow away. To see Thanos win.

I wasn’t expecting an Avengers victory: We still have another Avengers movie coming next spring, after all. But I wasn’t expecting the film to end on such a despairing note, where even the movie’s title turned to dust during the closing credits as a piano mournfully played its theme music.

In a way, Disney and Marvel spoiled the movie with their very own trailer: “In time, you will know what it’s like to lose,” we hear Thanos say. “To feel so desperately that you’re right. Yet to fail all the same. Dread it. Run from it. Destiny still arrives.”

That’s what made the ending so crushing. All those heroics, all those sacrifices, seemed to come to naught. Thanos’ version of destiny arrived. I sat, like most of the movie theater, in silence as the credits rolled, trying to process what I’d seen.

I wonder if the shock and horror and even grief I felt was—in a very small way—a little like Jesus’ disciples felt on Saturday, that painful period of waiting and mourning between Good Friday and Easter Sunday. 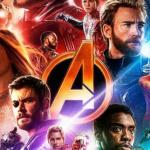 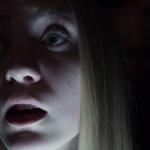 May 8, 2018 Finding Hope in Horror: A Talk With Wraith Director Michael Sajbel
Recent Comments
0 | Leave a Comment
""
Seersucker Forget the Reviews: Spirited Is a ..."
"Wow, this is a very nice article it contains everything that I was looking forward ..."
Asab Josh The Holy Grief of Black Panther: ..."
"It's another excellent book.→n.1GEOGIPHY.COM/P6553cS"
Axys Causeway Is All About Healing—and Some ..."
"There are many good things in this story✌✌️w.2GEOGIPHY.COM/DT6553Wb"
Okoxmat ‘Stay Prayed Up’ Shows the Power ..."
Browse Our Archives
Related posts from Watching God