Is the new movie Venom silly? Yep. Dumb? Sure. No one’s going to walk into Sony’s new superhero movie expecting a thoughtful study on, I dunno, environmental nihilism. It’s a weird mashup of The Exorcist and 48 Hours abducted by its own CGI.

Moviemakers have long been suspicious of science and technology unfettered by ethics—stuff that seems pretty marvelous before you dig a little deeper. Metropolis had its monstrous machines. 2001: A Space Odyssey had its malfunctioning HAL-9000. Venom has Carlton Drake, an unimaginably wealthy health-tech guru who, really, just wants to solve the world’s worst problems. A dandy goal, naturally, but Drake tests his solutions on the country’s most vulnerable—homeless and the disconnected folks who, Drake figures, won’t be missed.

And then there’s this: Drake’s deeply concerned with overpopulation and climate catastrophe (I guess the movie does talk about environmental nihilism!), problems that even his extravagantly funded laboratories are helpless to address. Secretly, he’s not looking for a way to save the planet, but get off of it.

Enter the Symbiotes, strange goo-like creatures that Drake has hauled in from cosmic parts unknown. They can’t survive on Earth without help, but no worries: If a Symbiote finds a compatible host, the alien entity will meld with that host and make itself right at home. Drake figures that if the alien-host relationship can allow the alien to live here, it should make it possible for bonded humans to live where the Symbiotes came from.

(He doesn’t realize that the Symbiotes are looking for a new home, too, and the Earth looks just ripe for the pillaging. But that comes later.)

Drake does understand that the symbiotic relationship between human and alien is a delicate one. If the match isn’t quite right … well, the human host will be rejected in a grotesque, painful and quite lethal fashion.

But as the Joker said way back in 1989, you can’t make an omelet without breaking a few eggs. He greenlights human testing and gives one of his subjects—a guy named Isaac—a little pep talk beforehand.

Drake reminds Isaac that his name is biblical, and he draws his (and our) attention to Genesis 22, where God calls on Abraham to sacrifice his own son, Isaac.

God eventually let Abraham off the hook, of course: Isaac lived to be a ripe old age. My Sunday School teachers told me that the story’s about both God’s lordship and mercy: It reminds us that God sometimes demands a great deal from His followers, but that he loves us deeply, too (and would never ask us to sacrifice our kids). Many Jewish scholars suggest the story was a way to emphasize that the Jewish God didn’t want our human sacrifices—which made Him way different from most other deities being worshipped at the time.

But Drake shoves those greater messages aside, omits the fact that the biblical Isaac made it through the day and instead uses the story to suggest that he’s a lot like God—only better (if more demanding).

God ultimately didn’t want Isaac’s life. Drake demands the life of his own captured Isaac—for the greater good. He points to the world’s litany of worries and impending catastrophes. “I would argue that God has abandoned us!” Drake thunders. Only science, he suggests, can hold the answers to the planet’s seemingly insurmountable problems. Only his science. “This time, I will not abandon us!” Drake tells Isaac.

Drake doesn’t just see himself as a god-like creator who rightly has the power of life and death: He sees himself as a better God—one who through the melding of man and Symbiote can create a far stronger, faster and better human than God managed on Day Six. He laments humanity’s “poor design” and insists that, through his actions, he can do better.

Eventually Drake melds with a Symbiote himself, but in the Symbiote’s hands, Drake’s salvific science nearly becomes a weapon to destroy humanity rather than save it. Drake becomes the tool through which the Symbiote acts.

Contrast that with what happens when Eddie Brock melds with the titular Venom: Venom doesn’t possess Eddie, but rather works with him. Eddie, and his system of morals and values, eventually drives their collective sentient ship. And that makes him/them the movie’s hero.

Venom isn’t anti-science. But it does say that science, when left to run amok like an unchecked Symbiote, can cause some real problems. And that I agree with.

I love science. I have a deep respect for it, and I’ve said so on many occasions. But history’s shown us lots of instances where good science becomes bad science, and how ruler and despots can take science and use it as a terrible, sometimes horrific weapon. (I just watched a compelling documentary called Intelligent Lives, which unpacks how IQ tests were used to foster the pseudo-science of Eugenics and still can be used to marginalize the mentally impaired.)

Science is wonderful, and it can be used to address many of the grave problems we have today. But we cannot turn it into a salvific force in itself. It’s a tool, and like any tool, it can be misused. And I think it needs a steady hand, an ethical hand, to hold it. 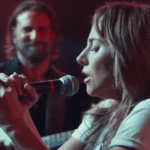 October 4, 2018
Star is Born Comes With Heartache, Song and Just a Twinkle of Faith
Next Post 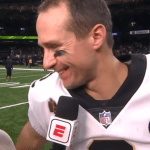