Finding Light in Darkness … and In LEGO Movie 2

When The LEGO Movie 2: The Second Part opens, the happy little LEGO city of Bricksburg has gotten a Mad Max makeover: The once laid-back Surfer Dave now calls himself Chainsaw Dave. LEGO people walk around with scowls painted on their yellow faces. Even the plastic cats look like grizzled survivors of the Thunderdome.

Only Emmet, the perpetually optimistic Master Builder, seems undaunted by his dystopian surroundings. And Lucy, his gothy special best friend, thinks it’s time he changed. It’s a tough world, she tells him. He needs to get tougher, too.

LEGO 2—seriously funny and strangely layered—is about a lot of things: Friendship, marriage, Bruce Willis. But maybe under all its layers, we find that it’s about growing up, and about the compromises we have to make—or feel like we have to make—when we realize that everything isn’t awesome.

In some ways, the story begins as a classic hero’s journey (a reference the movie itself makes explicit). Emmet’s the movie’s brave-but-naïve Luke Skywalker or Frodo Baggins, preparing to embark on a quest to save his friends, find a weapon of unimaginable fearsomeness and discover the power that was in him all along. His sage guide throughout this journey? None other than Rex Dangervest, “galaxy defending archaeologist, cowboy and raptor trainer.” He seems to be everything that Emmet’s not. And in another clever move, both Emmet and Rex are voiced by Chris Pratt. If Emmet is schlubby, innocent, lost-in-baby-fat Parks & Rec Chris Pratt, Rex is Guardians of the Galaxy, Jurassic World Chris Pratt: Heroic, brave and all grown up.

And certainly, it seems like Rex’s skills are needed a lot more than Emmet’s double-decker-couch-building talents. Emmet’s friends, including Lucy, have been hauled off for a Wedding by the fearsomely enigmatic Queen Watevra Wa-Nabi, who one-by-one seems to charm her friends with grandiose promises and catchy pop music.

As he’s coaching Emmet, Rex drops a little biblical paraphrase on him, using Paul’s exhortation to “put away childish things.” The line is perhaps doubly resonant, given that LEGOs—being toys and all—are pretty much the definition of “childish things.”

I sometimes think about that quote myself, when I pull out my own waaaay too large stash of LEGOs and start to play—er, build with them. Would the apostle approve?

I suspect Paul was way too busy traveling and getting arrested and such to play with the first century’s version of building blocks. But I do think that he understood that we not give up everything child-like. Accepting the Gospel—in all its improbable wonder—requires a certain level of innocent receptiveness, and an ability to wonder and marvel at God’s incredible creation and gifts. I’ve always pictured Paul’s famous encounter on the road to Damascus as, yes, a sobering realization that he was all wrong to persecute those Christians, but also a wondrous, gob-smacking surprise—like a kid on Christmas morning who didn’t even know it was Christmas.

In Matthew, Jesus says, “Truly, I say to you, unless you turn and become like children, you will never enter the kingdom of heaven.” And that tension between “becoming like children” and “putting away childish things” forms the real core of LEGO 2—and I think it resolves it beautifully, if not tidily.

Everyone grows up, of course. The movie acknowledges that. But growing up doesn’t mean growing grim and cynical. “It’s easy to harden your heart,” we’re told. “To open it, that’s the hardest thing to do.” But the movie suggests that we should open it—to never lose our kindness, our optimism, our sense of wonder.

“Therefore, if anyone is in Christ, he is a new creation,” Paul writes in 2 Corinthians. “The old has passed away; behold, the new has come.”  The word “new” is everywhere in the (ahem) New Testament: new doctrine; new wine; a new name; new thing; a newness of spirit. And, of course, references to being “born again” are fairly numerous, too. We become new people. Children, as it were, free from the darkness and sin and cynicism that we bore before.

We can’t be, and wouldn’t want to be, children in every respect, of course. Growing maturity is a big part of being Christian, too. But I do think that we run the risk of losing that “newness” in ourselves if we’re Christians for any length of time. We lose our child’s eyes. Our hearts harden.

LEGO 2 reminds us that, while we all grow up in body and mind, we can remain spiritually young, spiritually new. It’s hard, but it’s possible. That’s a message that maybe the younger kids in the audience don’t need to hear. But their moms and dads? Maybe. 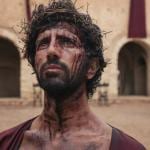 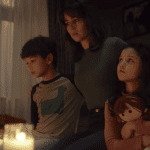