Seeing the Power of Faith in The Curse of La Llorona

Seeing the Power of Faith in The Curse of La Llorona April 9, 2019 Paul Asay

I just got back from a film junket in Los Angeles for The Curse of La Llorona, the latest horror movie from what’s now being called The Conjuring Universe.

For me, the Conjuring movies are a slice above typical, schlocky horror flicks. First of all, they’re pretty scary–a key component, obviously, for a good fright film. Second, most rely more on atmosphere than gore. (Despite the movie’s R rating, for instance, The Curse of La Llorona doesn’t have much blood at all. The film garners its rating through sheer terror.) And third, the films are often flecked with serious, and occasionally inspiring, references to faith. And while La Llororna weaves at times a bit outside traditional Christian lanes, its spiritual elements are provocative and, yes, even kind of encouraging.

I’ll have lots more to say about the movie and the junket in the days to come, but for now, take a look at this look (courtesy Grace Hill Media) at some of the spiritual undertones of The Curse of La Llorona. 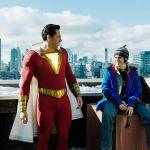 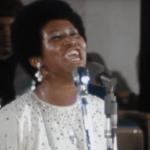 April 10, 2019 Amazing Grace is a Messy Masterpiece
Recent Comments
0 | Leave a Comment
Browse Our Archives
get the latest from
Watching God
Sign up for our newsletter
POPULAR AT PATHEOS Entertainment
1