Yes, Shazam is Great Fun. And It Has a Great Message, Too

But while Shazam! doesn’t take itself too seriously, that doesn’t mean that you can’t find some pretty interesting themes here and there—ones that, if you’re so inclined, point to greater, more spiritual truths.

Even on the surface, Shazam! is a surprisingly spiritual movie. The very name is an acronym namechecking a host of mythic and religious, figures. (Most are pagan, but the “S” in Shazam stands for the biblical King Solomon.) But the World’s Mightiest Mortal faces even a more spiritual nemesis: The Seven Deadly Sins.

These sins are pulled straight from Christian antiquity, and in the movie they look very evil indeed. With the exception of Wrath, naturally, they don’t normally act out in a way befitting their names (Gluttony, for instance, never heads for an all-you-can-eat buffet). And yet, sometimes, they do. Greed, for instance, literally destroys the head of a business empire. Envy hides in his host’s folds, biding his time until he can lash out.

And they certainly tempt people, as sins are wont to do. In fact, that’s how they’re used in the first part of the movie: Locked away in a stone temple, serving as a counterpoint to the ancient wizard Shazam. As he searches for a champion who’s “strong in spirit, pure in heart,” the sins whisper sweet nothings to Shazam’s contenders, promising power and riches and whatever else they might want.

In a way, the temple is a proving ground—a wilderness wherein humanity’s would-be heroes are tempted, not unlike Jesus in the desert. But no one passes the test: The sins’ whispers are just too enticing, it seems.

These failed champions are forced to leave shortly thereafter. But one man—Dr. Thaddeus Sivana—finds a way to return. Spurred on by the pain and scorn he experienced as a child, Sivana is out to “better” himself by making himself worse. He wants the power the sins promise. He wants the damnable salvation they offer. And so he welcomes them into his own body. They don’t possess him, exactly—not in the way that Hollywood typically depicts possession. But they live with him.

Sivana imagines that he’s using them for his own selfish ends. But, as the movie reminds us, the sins are actually using him.

None of this manifests itself with much theological consistency, of course. We are talking about Shazam! here. But the underpinnings of how sin works in our own lives are all there. We can fall prey to them, with some (or one) more enticing than others. And they do indeed promise a great many things: comfort. Ecstasy. Wealth. Vengeance. We’ve all suffered pain and rejection, like Sivana. We all want relief from the suffering we find in this fallen world. Ironic, isn’t it? The sins—themselves a product of that world—seem to offer the only quick relief available to us for that selfsame world. Sometimes they whisper they’re the only relief. So we cave into temptation. And the world, and we, fall a little more.

Eventually, the desperate wizard Shazam turns to 14-year-old Billy Batson to be his virtuous champion. By that time, it seems the sorcerer has no other choice. Billy, like an Old Testament prophet, says he’s not worthy. He knows his own soul: He’s not strong in spirit, not pure in heart. “I don’t know if anyone is, really,” he tells the wizard. The movie emphasizes this point often—suggesting that none of us are the heroes, or the people, we want or pretend to be.

But Billy’s given the mantel of Shazam anyway. And for a while, Billy indeed proves just how unworthy he is. No tangible Deadly Sin possesses him, but he’s embraced one anyway: The sin of pride, the granddaddy of ‘em all.

But as the movie goes on, Billy changes. And that change is helped along by his loving (and dinnertime praying) foster family. They help Billy work through his own pain and rejection and quietly point to a better way to live: In love and kindness, in community and family.

I love how that family engages with Billy: Always loving, often patient. But when they have to, they confront the kid—telling him what a jerk he’s being. We all need to be corrected sometimes. Better that correction comes from people who love us.

We’re not perfect. We know it. Our family and friends know it. God knows it, too, and he doesn’t expect us to be. Shazam! suggests that we need help to be better people. We need folks around us who love us and care about us and aren’t afraid to tell us when we’re on the wrong path. That’s what family’s about. Church, too.

It’s easy to forget that simple truth: The world is too fallen, and the temptations in it too strong, to go it alone. 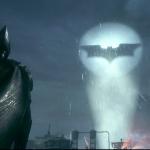 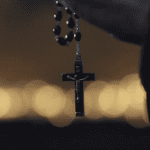