‘Skin’ the Movie, Gets Under It

Change—real change—is hard.  Some people say it’s pretty much impossible. Any changes we make are only superficial ones. We forever revert back to the people we were born or were trained up to be. You are who you are, they insist. A leopard can’t change its spots or a zebra its stripes or (they might continue) a skinhead his tattoos.

But maybe he can.

Skin, a new movie from A24 (and out in theaters and video on demand July 26) tells us the story of change: real change, painful change. Based on a true story, it introduces us to Bryon Widner (Jamie Bell), whose face and body offer a peek into the man’s soul. And what an ugly soul it was.

Bryon’s tattoos are like hieroglyphics for fellow racists. Those who know its language can read their coded meanings. And let’s face it, many aren’t that hard to figure out. Even a sheltered guy like me would see those tattoos and know the intent behind them. But to his friends in the Vinlanders Social Club—the white supremacists that Bryon would call his family—they marked him as one of their own.

He might’ve remained one of them if he hadn’t met Julie Price (Danielle Macdonald) and her three daughters at a Nordic rally.

The girls sing for the radical racists there, and we learn that Julie’s father used to lead a chapter of the KKK. But she insists she’s just there for the paycheck, and the last one she’ll ever take from such a group. “I don’t want my kids to be around this,” she confides to Bryon. And as Bryon spends more time with Julie and the girls, he comes to see why. But it’s hard to walk away from the people who took him off the streets.

“This is my family,” he tells Julie. “I know that they’re not normal, but this is what I have.”

But for Bryon, he can’t have both his old family and a new one. He has to choose. Pulling away from the Vinlanders proves to be scary and painful in every way you can imagine. And eventually—thanks to a black activist named Daryle Lamont Jenkins and a wealthy donor—he’s given the chance to literally change his skin, too. He starts having the worst of his tattoos on his face and hands stripped off, one painful procedure at a time.

Skin is not an easy film to watch. The language can blister just as much as Bryon’s excruciating tattoo removal surgeries. Outside Midsommar, I’m not sure if I’ve seen a film that so richly deserved an R-rating—and might’ve called for a harsher one.

But strip away the content like Bryon ripped off his tattoos, and you have at its heart a story of real redemption. Change is possible, the movie says. And that premise is at the core of Christian faith, too.

Skin is no Christian movie. Bryon does not experience a religious conversion or come to understand the salvific power of faith.  But one of the core promises of most religions is change—the hope of it, at least. And that’s especially true in Christianity. We look at Peter and Nicodemus and Mary Magdalene, and we see the change that Jesus brought about in them.

“If anyone is in Christ, he is a new creation,” Paul writes in 2 Corinthians. “The old has passed away; behold, the new has come.” Anyone familiar with Paul’s story knows that the guy understood this better than most.  Perhaps no one in the Bible changed more than this former Pharisee—a man who admittedly persecuted Christians and was even there when Stephen—the religion’s very first martyr—was stoned to death.

In fact, Paul was a lot like the Bryon we meet in Skin. Both were obsessed with preserving what they saw as their unique ways of life—and using violence and persecution to do it. They both were unable to see, for a long time, how wrong they were.

And when I watched Bryon undergo those painful procedures to lose his tattoos, I remembered another guy who needed to lose his skin to be a better person: Eustace from The Chronicles of Narnia: The Voyage of the Dawn Treader—a character who, according to author C.S. Lewis, had “greedy, dragonish thoughts” and became a dragon himself. When Aslan, Lewis’ Christ-like lion, comes to Eustace to strip him of his dragon’s scales, he warns the boy inside that it’ll be painful. And it was.

“… the very first tear he made was so deep that I thought it had gone right into my heart,” Eustace recalls.

I’ve been thinking a lot about change lately—and how very, very hard it is. Even something as simple as trying to change your eating habits can feel nearly impossible. To change your life, like Christ asks us to, is very painful indeed. Bryon Widner could tell us all about it.

But the beauty of Skin is that his change wasn’t just skin deep. It went down right into his heart. And that same change is possible for all of us. 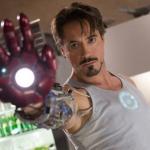 July 5, 2019
Every Movie in the MCU Rated, from Worst to First
Next Post 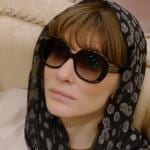 August 15, 2019 Where’d You Go Bernadette? Asks an Important Question—and Not the One in the Title
Recent Comments
0 | Leave a Comment
"*tenets*"
eeenok Doc ‘We Believe in Dinosaurs’ Highlights ..."
"“It’s fired imaginations of anyone and everyone who hears it—including me, in fifth grade...”Yes, it ..."
GalapagosPete Doc ‘We Believe in Dinosaurs’ Highlights ..."
"Just seen this movie and loved it. As a Christian, I witness the world’s dysfunctional ..."
James Glover Captain Fantastic: The Anti-Christian Christian Movie
"When I was little, I always have in mind that in future I want to ..."
marvellous Talking Film, Forgiveness and Faith with ..."
Browse Our Archives
Follow Us!