Every Movie in the MCU Rated, from Worst to First

Every Movie in the MCU Rated, from Worst to First July 5, 2019 Paul Asay

Spider-Man: Far from Home is like the “Scouring of the Shire” for the Marvel Cinematic Universe. Yep, the Ring’s been destroyed and Sauron is gone. But residual evil’s still afoot, and someone’s gotta take care of it.

Spider-Man is that someone in Far from Home, and pretty much by default. The rest of the Avengers are dead, in outer space or otherwise engaged when the Elementals start showing up. They’re sentient monsters bent on destruction, according to a super-soldier nicknamed Mysterio (who apparently followed them from another dimension). And while he’s willing to fight ‘em, he can’t do it alone.

But what if Spider-Man doesn’t want to fight? What if he wants to be a normal high schooler for a while? It’s an interesting narrative flip for Spidey/Peter Parker: In his first MCU film, Spider-Man: Homecoming, Peter was all about proving himself worthy of the Big Leagues before finding peace as your Friendly Neighborhood Spider-Man. In Far From Home, Spidey’s being pushed out of that neighborhood and into a bigger, much more intimidating role—not just an Avenger understudy, but a leader.

It’s the last film in the MCU’s Third Phase, serving as a coda to an 11-year, 23-movie saga. It had the unenviable task of following up the climactic Avengers: Endgame, which continues to break box-office records. And it must somehow begin to cast a vision as to what might come after the events of Endgame: give fans a reason to keep shoveling their money into this franchise.

With Far From Home serving as both the end of one book and the beginning of a new one, I think it’s time to look back and really take stock of the MCU franchise as a whole. What were its best outings? What were its worst?

Here’s my completely subjective (but totally right) rundown of the MCU, from the really great to the mostly OK. (If you click on the occasional links, you can read more about what I said about each film, especially its spirituality.) And we begin at the bottom.

The film had two big problems: Its hero and its villain. The MCU wasn’t quite sure what to do with Chris Hemsworth’s Thor just yet, I don’t think. We knew from the first movie that he could be pretty funny, but the Asgardian prince takes a more self-serious turn here. He’s opposed by the Dark Elf Malekith (Chris Eccleston), who upon awakening from thousands of years of suspended animation, seems to have just one goal: To break the galactic record for scowling. I didn’t hate this movie. It’s a measure of the MCU’s success that The Dark World marks the franchise’s darkest time.

Marvel’s big green machine may smash a lot of things, but he turns into an Infinity War-era weakling when faced with his greatest challenge: anchoring his own stand-alone movies. The Incredible Hulk was meant to be something of a course correction after 2003’s very weird Hulk. And in that respect, it worked. But even then, it felt pretty pedestrian compared to Iron Man (released a month earlier). And now, of course, it comes with a bit of weirdness of its own since the movie’s star—Edward Norton—was later booted in favor of Mark Ruffalo.

Hard to believe that the MCU turned out to be the juggernaut it became, given what its second and third chapters looked like. Still staggering a bit from the “meh” returns of The Incredible Hulk, Marvel returned to the character that launched the MCU (then just a gleam in franchise-runner Kevin Feige’s eye) and, of course, the actor that played him: Robert Downey Jr. But despite signing Mickey Rourke as the movie’s main bad guy (Ivan Vanko) and introducing Scarlett Johansson’s Black Widow in the movie’s best action sequence, Iron Man 2 felt—at least compared to its high-flying predecessor—like it was made of lead. 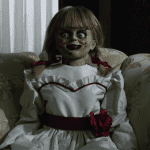 June 21, 2019
What’s Up With All These Haunted Dolls at the Movies?
Next Post 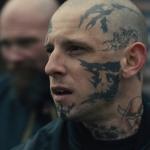 July 22, 2019 'Skin' the Movie, Gets Under It
Recent Comments
0 | Leave a Comment
"Thanks, BrowserPhil ... so embarrassing. Aravis was from The Horse and His Boy, right?"
Paul Asay Narnia Comes to ‘The Falcon and ..."
"Please replace Aravis with Jadis. :-)"
BrowserPhil Narnia Comes to ‘The Falcon and ..."
"I know that the first film on this list not explicitly about Christian faith, Denis ..."
Robert Charles The 12 Best Non-Christian Christian Movies ..."
"The author, starts the article with a dismissive/arrogant affirmation unto all that are worthy to ..."
oscar deltoro ‘I’m Just Fascinated by It.’ Morgan ..."
Browse Our Archives
get the latest from
Watching God
Sign up for our newsletter
POPULAR AT PATHEOS Entertainment
1