The Truth Is Out There, Somewhere, in Amazon’s ‘The Vast of Night.’

In the opening minutes of Amazon Prime’s new film, The Vast of Night, the geekily rakish radio D.J. Everett walks through a tiny high school gym in Cayuga, New Mexico, while people pepper him with questions. Can you help fix the electricity? Will you teach me how to use my tape recorder? Can I re-use this reel-to-reel tape to record the game’s play by play?

“You read your Bible, Sam?” Everett asks the sports announcer who asks the third question. When Sam says he does—it’s the late 1950s, after all, so few Americans would admit otherwise—Everett says, “There’s your answer.” Because, Everett says with a smirk, doesn’t the Bible have answers to everything?

It’s an odd moment for this streamlined sci-fi yarn, where every word of dialogue seems chosen with such care. And while the exchange does indeed tell us something about Everett—a guy  not bashful about gently tweaking the Eisenhower era’s societal norms—it tells us something about the movie, too.

Not every question has a chapter-and-verse answer.

The Vast of Night, presented as an episode of a Twilight Zone-like television show, is predicated on one big question: What’s up with that weird noise?

Fay, the town’s 16-year-old telephone operator, hears it first over the telephone lines. She’s never heard anything like it before, so Fay calls Everett—resident expert on strange sounds—to see if he knows. He doesn’t, either. So he plays the sound over the radio. Even though most residents are at the high school basketball game, he figures one of his “five listeners” might have an idea.

One of them does. The caller, Billy, says he’s heard the noise before, when he was doing some super-secret gruntwork for the military involving a big hole, an unknown craft, and later, some mysterious illnesses.

You wouldn’t think someone calling into a radio show would be riveting cinema. But Director Andrew Patterson turns this halting conversation into a master-class of how to tease out suspense. The scenes when we hear Billy are almost static on screen: Fay and Everett simply listen, riveted—as the audience is—to every word. At times, the film owes as much to classic radio mysteries as it does to Rod Serling, feeding the mystery with small-town legend, small-scale drama, and always and always, the sound.

The Vast of Night is both menacing and, in its storytelling, strangely lovely. The story gives up its secrets unwillingly, if at all.

And that is, perhaps, part of the point.

It’s also about as theological as a swatch of Elvis’s carpet. But in its own retro-pulpy way, it asks some big questions: What is truth? And where can we find it when our usual sources break down?

Certainly, there’s no official word on what’s happening in Cayuga. Everett thinks it might be the Soviets prepping to invade. But if the government knows anything about this strange noise, Billy suggests it’s not talking.  Who is? Billy, that’s who. “I suppose I’m telling you ‘cause I’m sick. And I’m old. And no one listens to us.”

The Vast of Night focuses on two characters who’re almost always listened to in the movies: They’re white, young, likable. But those in the know—and those willing to talk—are more like Billy: Marginalized because of their sex or race or age or history or all of the above.

And that takes us back to the very book that Everett so snidely dismissed in the beginning: The Bible.

Like The Vast of Night, the Bible’s four Gospels tell a taut, sparse, mystery story, too. Here comes a man—calling himself the Son of Man—making his own strange noise. He talks about justice and mercy in a way like no other, and he tells people he alone has “living water,” water that one draught will satisfy your thirst evermore.

But you didn’t learn about this guy through official channels or sanctioned sources. Those closest to him were fishermen and tax collectors. He cured the sick and healed the blind. In Jesus’ age, women had few rights and little voice. Yet women, according to the Gospels, were the primary witnesses to many a miracle—and women were the first people present during his greatest miracle of all.

It’s an odd echo, really, and certainly unintended. But you can hear it if you listen closely. 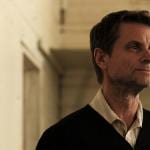 April 20, 2020
‘Stories are What Get Us Through Hard Times.’ An Interview With 'The Quarry' Director Scott Teems
Next Post 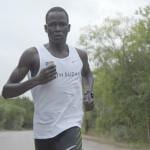 June 19, 2020 This Man is Fast. But in Runner, It’s His Will That Moves You.
Recent Comments
0 | Leave a Comment
Browse Our Archives
get the latest from
Watching God
Sign up for our newsletter
POPULAR AT PATHEOS Entertainment
1