Bathing in Snow- A Spell to Thaw a Frozen Heart

Bathing in Snow- A Spell to Thaw a Frozen Heart March 5, 2018 Annwyn Avalon

It is hard to keep a heart from freezing at the moment in this very stressful and often tragic world climate. It feels as if every day there is something more horrific, more tragic and just plain terrible. Not to mention that these things are sometimes triggering and bring up thoughts of trauma long gone, but oftentimes unprocessed. Considering these things it is quite easy for a heart to become hardened. To become frozen, in an effort to protect one’s self. Is this you? I can say for sure it has been the case for me.

Water comes in 3 states, Steam, Liquid Water and Ice. Ice being the stagnant, stopped and inactive state of water. Sometimes we bottle things up and we become frozen because to freeze and not feel is so much better than feeling all the pain all at once. While many of us do this, it is not a healthy state and can lead to more struggles down the road.

I was feeling frozen, stuck in place, really focused on protecting my heart and not letting it feel all the pain going on right now. I knew that this needed to change and so I contemplated it for several days. Then it began to snow, and I watched the flakes come down and cover everything in a fine white powder. The next morning I was contemplating the state of having a frozen heart while watching the snow slowly melt. Slowly the sun crept across the landscape, thinning the snow and releasing a little steam from the shed roof.

Watching the snow melt gave me the answer on how to work through this. So I wrote it down and waited for it to snow again. The next time the forecast called for snow I grabbed my largest silver colored ritual bowl and placed it outside. The next morning produced a mostly full bowl of snow. I added some more clean snow from the area and carried it inside.

I had been playing with some Rose Quartz chunks and gathered them and my Labradorite and Rose Quartz hearts and headed to the bathroom. I light some candles, piled the Rose Quartz in the corner of the bath. I then placed the large bowl in the bath and sprinkled dried rose petals I had collected from my garden this past summer. I placed the hearts in the center and then held my hands out over the bowl of snow and focused my intent into the spell. When I was satisfied I began to fill the tub with water, I was going to let the water heat and melt the snow from the outside, but as the hot water came out of the tap I pushed the bowl under it, creating a thick steam that reminded me of the Mist rolling in over the hills.

The not long after I poured the bowl out and let the rose petals float on the top of the water along with the last bits of ice and snow. I climbed in while those last pieces melted, the water was warm but not hot, the snow had cooled it just a bit. The water was still warm enough to relax in and so I sunk into the bath and relaxed. I used the rest of the time to meditate on my frozen heart and used a visualization while in the bath to bring forth visions of my heart melting.

So how did it work? I began to see results very soon after just a few days later I found myself talking about some of the issues while allowing myself to feel through and sit through uncomfortable feelings. To process confusing and harmful energies. I even found myself shedding a few tears just days after. Where usually I would push them back and tell myself not to cry, I allowed it to flow forth to sit with it and process it.

What you will need: 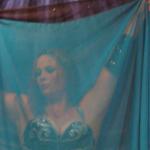 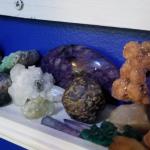 March 13, 2018 Four Gemstone Moon Waters to Work With in your Practice
Recent Comments
0 | Leave a Comment
Browse Our Archives
get the latest from
Water Witch
Sign up for our newsletter
POPULAR AT PATHEOS Pagan
1 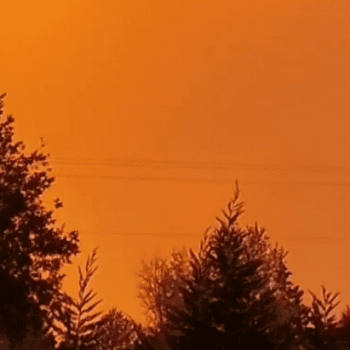 Pagan
WITCHCRAFT SAVED ME FROM TOTAL DESTRUCTION - THE...
Water Witch 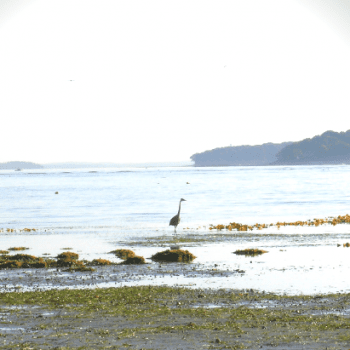 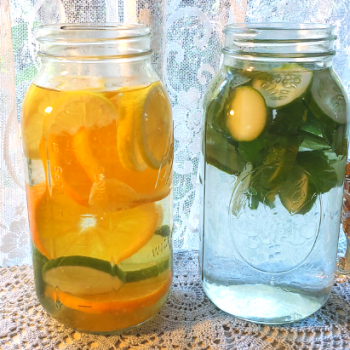 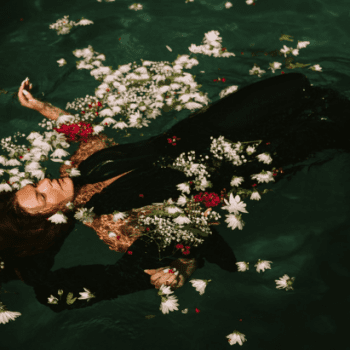 The Craft: Legacy (First Thoughts)
If you are looking for a Witchcraft movie that mostly looks like...
view all Pagan blogs
What Are Your Thoughts?leave a comment
Copyright 2008-2020, Patheos. All rights reserved.