An adventure in Cornwall

The next leg of the pilgrimage took us to Tintagel and the Boscastle Museum of Witchcraft in Cornwall. I had not been to Cornwall in my adult life but it felt very familiar, a bit like home. Perhaps it was the smell of the Sea Water or just knowing my spirit was where it belonged. The bus ride was long, but well worth the drive. As soon as we arrived and the bus had parked, I took off with my bag skipping down to the waters edge. It had been a little while since I was able to visit the ocean and I was eager for some salty water!

As soon as I arrived at the waters edge I found a rock and sat down to ground and stare out at the water. It was dark and dusky with a dampness to the air. So I decided not to put my bathing suit on and swim. It was probably too cold. Almost as soon as I sat down I found a light blue/green piece of sea glass! It was the only one on the beach and one of the best pieces I have found in the past handful of years. I looked around to find more, but no more were revealed to me. I mused on the minty green color of the Ocean, and Sulis’ Temple water and how they correlated exactly with the color of the sea glass. Such a small thing, but it was my most precious treasure from this trip. A piece of glass, transformed by the ocean, found just outside of Merlin’s cave where I can only Imagine Morgana and other Faery Women worked their magic!

I sat by the water on the rock for sometime. I watched as the clouds cleared and the sun came out. I explored the cliff with water flowing down. However I really wanted to connect with Morgana as we were at Tintagel, where King Arthur was born and where Merlin’s Cave is. So I sat there and connected with her before I decided to head into Merlin’s cave. The weather had turned nice I didn’t want to waist a moment climbing the stairs to the bathrooms, so I decided to explore in my sundress. However after sometime the sun appeared and rather than spending time walking up the cliff to change I decided to just wade through the water in bare feet and my dress. I ended up getting completely soaked! It was brilliant and I wish I was still there playing in the water right now! My dress was easy to wash once I arrived back at my room, so no regrets!

I stopped by the carved Merlin face, which is much smaller than I thought it was. Then with intent and connection I entered the cave and began wading through the water till it was up to my chest and I began to loose footing. It was really amazing to float in the dark cave watching the sunlight pour in from the smaller opening on the other side. I wondered if Morgana ever swam in these caves or if Merlin conjured up spirits here. (Yes of course!)

It was a pretty busy tourist spot and there were many people in the cave so it was hard to really reach a liminal state of mind. I was successful though for several moments as I floated in the dark cave. The tide was coming in at that point so I decided to swim out and sit on the sand in the sun and dry off. I ended up skipping exploring the Tintagel Ruins, truth be told, I stayed in the water too long. Oh well I am not sad about that! I then headed back into town to grab lunch and back to the bus so we could head to Boscastle!

We arrived in Boscastle where we had two hours to explore the town. I had one single agenda and that was to spend as much time as possible at the Museum of Witchcraft. I have spent many hours exploring their online archives and was so excited to see the items in person. I did not disappoint! Because of the short time we had in town I literally ran from the bus to the Museum of Witchcraft because I wanted to spend every moment there that I could. I was successful leaving with only 5 minutes to get back to to the bus. The Witchcraft Museum in Boscastle was an amazing experience with many artifacts from High Magic to Folk Charms.

I wove my way through a few halls and up and down a few stairs gathering and documenting as much information as possible. I first wandered through the entry way, then over to where there were special exhibits of High Magic and the Golden Dawn followed by information about Wise Women practices. I headed up stairs to a room full of bottles, Witch jars, spirit traps, poppets and charms. Some used for healing while others were for protection, as well as cursing. I loved seeing the robes and ritual tools of different practitioners.

My favorite though, was the next section. So I headed over to check it out. I ended up circling back and exploring this section two times. Of course this was all the Sea Witch artifacts! I got to see the “Talking Tambourine” Sea Charms, Knots, a preserved caul and even a painting of a Witch riding to sea in her egg shell! I am obsessed with Fossils to the section on Sea Magic also had a number of fossils too,  and I eagerly documented each one. I was in Water Witch Heaven in this hallway! After this section there were Wiccan artifacts from painted girdles to athame and everything in between! There were staffs, stangs, swords and even a moon scrying staff!

When I got to the end, I circled back to spend a few extra moments in the Sea Witch section before leaving the museum exhibits to visit the shrine and purchase a little statue of Scillia from the gift shop. Scillia is a Cornish Sea Goddess, believed to be a version of Sulis. Truth be told there was way too much to take it all in and 2 hours was not nearly enough time to digest all that is packed into this little building. I eagerly await a time when I can return and spend an entire day going through the museum, paying attention to each and every detail of each and every artifact. It was soon time to make it back to the bus and return to Glastonbury. I was glad for the sleep and eager for the next day! 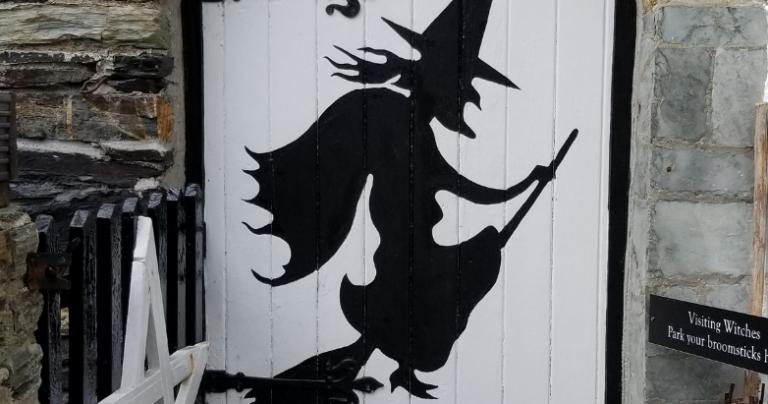 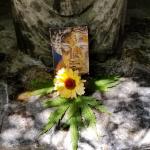 January 10, 2019
Healing the Mother Wound in Bath with Sulis
Next Post 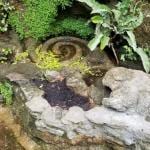 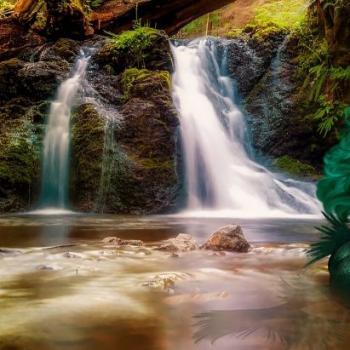 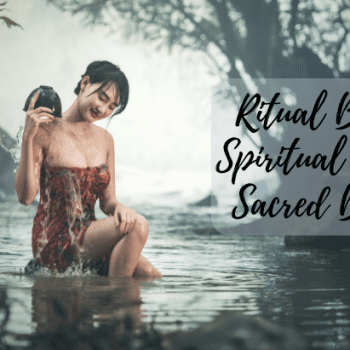 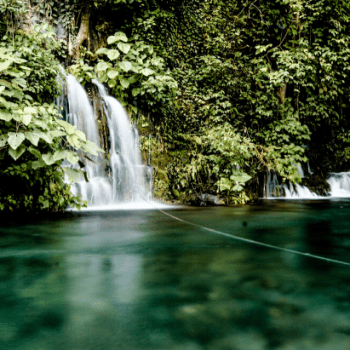 Tea Time: Sigils, Shared Magic & Effective Witchcraft
I believe that effective Witchcraft involves understanding where things come from -...
view all Pagan blogs
What Are Your Thoughts?leave a comment
Copyright 2008-2020, Patheos. All rights reserved.