“Each new revelation triggers shock waves that ripple through faith communities and through the faith of each member. Who and what can we trust? On a societal level, the word church no longer means trustworthy, not even for true believers. Churches must confront this hard reality. The trust they betrayed can never be rebuilt. Instead—and only if they address the extent of the betrayal—faith leaders can begin to build trust anew. This is a long-term and costly proposition, so buckle up.” –Ruth Everhart, The #MeToo Reckoning

My plan was to write a formal review for Ruth Everhart’s new book, The #MeToo Reckoning: Facing the Church’s Complicity in Sexual Abuse and Misconduct, but that would require a level of distance from the material that I don’t have. What I can share are my reactions to reading the book over the past three days.

As a Presbyterian pastor, Everhart weaves scripture into real-life stories of abuse within her denomination. Stepping from scripture into horrific stories of sexual assault, then back into scripture again was uncomfortable in the best sort of way. We need to be reminded of the drastic difference between what is holy and what we find in so many of our churches.

Having stories of abuse interrupted by scripture reminded me of sitting in my living room with the windows open, listening as my congregation sang hymns next door. While I was sitting alone, trying to cope with the trauma of being stalked and having my life threatened by a fellow congregant, everyone else in my church was worshiping God alongside the predatory man who was torturing me.

This is what we do to victims. We ignore them in favor of predators so we can remain comfortable within our churches.

Everhart used many of the same scripture passages I’ve gone to while dealing with my own trauma in the church. It felt validating to see her using the same passages and interpreting them the same way I always have.

I appreciate how each account of sexual violence is presented as a case study. She allows readers to feel the shock of each story, and then goes on to explain to us how these things could have happened. More than that, she gives us suggestions to prevent the same abuse from happening in our own churches.

One of my biggest takeaways was something I should have already known, given my past experiences. The role lay leaders play in these cases can’t be ignored. We like to put all of the blame on ordained leaders, but the laity can cause just as much damage.

Churches aren’t divided between people who are ordained and people who aren’t. There are various shades of influence and authority among the laity. Anyone who serves in a role that represents the church is influential.

There’s a significant difference between a victim who was abused by a member of the clergy, but was fully supported by the members of their church, and a victim who was both abused and then abandoned by their entire faith community.

“We can no longer think of abuse as being solely the work of sick individuals. That’s too easy. We must examine the system that allowed a predator to thrive and hide. If we simply remove that individual without changing the system, a new predator may soon appear.” –Ruth Everhart, The #MeToo Reckoning

We know that having a strong support system after a traumatic experience can reduce the likelihood of developing PTSD. Even in cases where we had no idea abuse was going on, we can still help prevent so much of the fallout that follows sexual trauma by providing a solid support system.

Ruth used one of her own experiences as an example that illustrated the damage influential church members can cause. After she had been assaulted by the senior pastor of her church, she asked to meet with a group of church leaders to report the incident. When she arrived for the meeting, the senior pastor—the man who had assaulted her—was sitting there. His best friend, a man on the committee, had invited him without telling Ruth. Even the only woman on the committee dismissed Ruth’s accusation.

It reminded me of the church council meeting that took place to discuss my own situation. My stalker was invited to attend that meeting, even though nobody was supposed to attend those meetings unless they were on the church council. Concerns for my safety and mental well-being were dismissed at that meeting as well. Their main concern was keeping this information from the rest of the church. None of those church council members were ordained. They were all lay leaders within my church. Aside from the stalker himself, those influential lay leaders are the ones who did the most damage to me.

Abuse within our churches doesn’t begin and end with clergy. We all have a responsibility to face it head-on.

Toward the end of the book, Everhart reminds us we will be judged by how we’ve acted toward the most vulnerable among us. She begins with Matthew 25:34-36:

“Then the King will say to those on his right, ‘Come, you who are blessed by my Father; take your inheritance, the kingdom prepared for you since the creation of the world. For I was hungry and you gave me something to eat, I was thirsty and you gave me something to drink, I was a stranger and you invited me in, I needed clothes and you clothed me, I was sick and you looked after me, I was in prison and you came to visit me.’

She adds we will also hear:

“I was a victim of sexual violence and you held my abuser accountable. I was overcome with shame and your acceptance healed me. I felt abandoned and you restored me to community.”

I encourage every church member of every Christian tradition to read Ruth Everhart’s The #MeToo Reckoning.

If you’re interested in my own story of stalking and sexual assault in a Christian context, you can read my memoir, Act Normal: Memoir of a Stumbling Block. 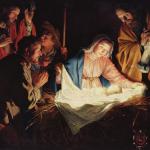 January 20, 2020 Online Christian Communities: An Interview with 4 Leaders
Recent Comments
0 | Leave a Comment
"Ok, fine. A complaining female. Next."
Sean I’m a Mother and I Can’t ..."
"Hmmm, the focus is on ‘your mother’ not you, little selfish snowflake."
Sean I’m a Mother and I Can’t ..."
"So, like, what do you think you’ll do?"
Sean When Christmas is a Trauma Trigger
"Excpt, of course, you are. That's why metrosexuality exists, that's why boys are drugged to ..."
Theodore M. Seeber Converting to Catholicism as a Feminist
Browse Our Archives
get the latest from
Catholic
Sign up for our newsletter
POPULAR AT PATHEOS Catholic
1

What If Someone You Love is...
Public Catholic
Related posts from Way Station in the Wilderness