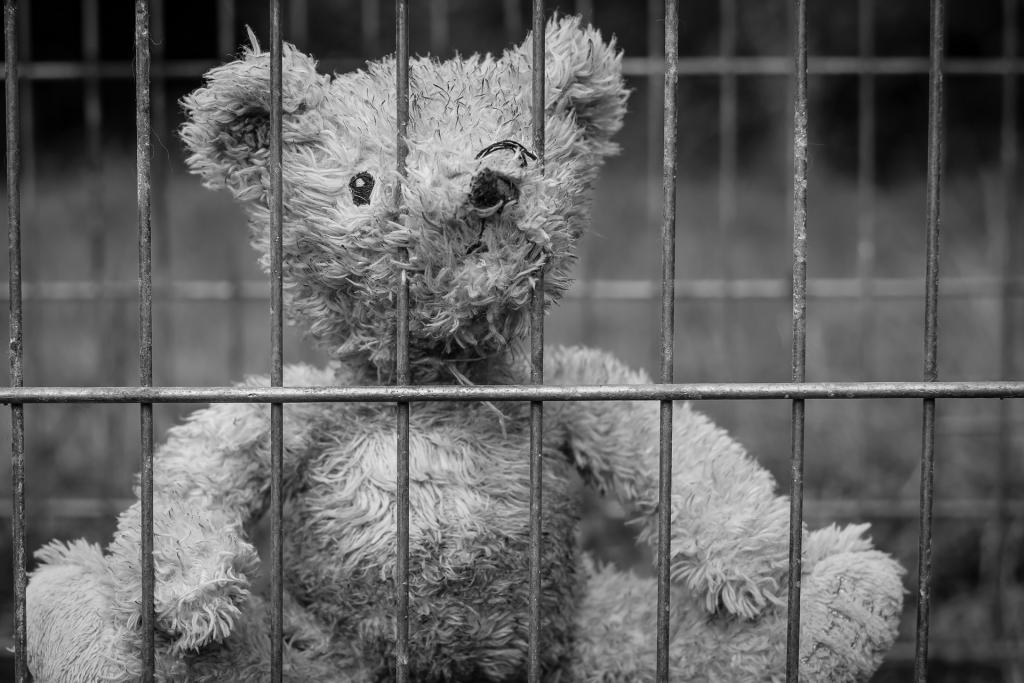 It’s always unsettling when the mass graves are being found in your own country. The discovery of the remains of 215 children at a Catholic-run residential school in Kamloops last month accounts for only a fraction of the children who went away to residential schools over the course of the last century and never came back. Yesterday, news outlets reported that the Cowessess First Nation has uncovered another 751 unmarked graves near a similar residential school in Saskatchewan.

It’s only in the past few years that Canada’s political institutions have started to admit that what we did, and are still doing, to our indigenous people is genocide. In the wake of these new discoveries, Canada’s First Nations have been seeking apologies both from Canadian leaders and from the Catholic Church. The latter has, typically, demonstrated a certain reluctance to take responsibility.

While the Canadian archbishops of Montreal, Vancouver, and Ottawa have apologized in the past few weeks, Toronto’s Cardinal Collins chose, instead, to explain why his archdiocese is not responsible, and to offer excuses for the Vatican’s lack of apology. Indigenous Canadians might reasonably have expected something a little more contrite from one of the top-ranking Churchman in Canada.

The primary claim is that it “takes time” to arrange for a proper apology. Apparently, four years isn’t sufficient lead-time for the Vatican — that’s how long it’s been since Trudeau requested a formal apology from the papacy following the release of the Truth and Reconciliation Commission’s report.

None of this should be surprising to anyone familiar with the Vatican’s history of not-quite-apologizing for the sins of its past. We can see some of the typical buck-passing in Cardinal Collins’ response, but even Vancouver’s Archbishop Miller punted responsibility back onto the Canadian government in his original Tweets, where he describes the Church as “implementing a government colonialist policy.”

As a Canadian former Catholic, there are a few things that stand out to me personally. First is a story told to me by a former member of a Canadian Catholic religious community. During his time as a religious, he came upon some correspondence between the leadership of his community and the Bishop of a diocese where they had been asked to help in the running of a residential school. One of the letters expressed serious criticisms of the residential school system, and explained why the community could not, in conscience, continue to be involved.

The bishop responded by acknowledging the community’s withdrawal — but not acknowledging the reasons. Instead, he attributed their refusal to continue involvement to “staffing problems.” It was almost as if he hadn’t actually read the letter that had been sent to him — or, perhaps, as if he was already worried that acknowledging its contents would set him up for legal liability in the future.

I’m being intentionally vague here because I don’t have access to the documents and haven’t seen them myself — though of course I trust my source. I bring it up because I think it’s important to realize that the evils of the residential school system are not something that we can see in retrospect, but that could not have been recognized by the people involved at the time. Nor can responsibility be lobbed off on the individual religious communities that ran the schools. At least in this case, the bishop was responsible for recruiting those communities — and responsible for finding replacements for those who saw the evil for what it was.

Another, more recent observation, is the relative lack of education in the Catholic spaces where I was practicing at the time that the Truth and Reconciliation Committee’s report was being compiled and released. As a Catholic, I attended Mass weekly during that period. I don’t recall hearing the residential schools preached about. I’m sure that they appeared in the prayers of the people, but I saw very little evidence of my local church taking on the Commission’s appeal for churches to educate their parishioners about this history.

For the sake of contrast, I’ve been in Canadian Anglican churches maybe half a dozen times since 2015, and I’ve heard the residential schools preached about more than once — and I’d heard it preached about in Anglican churches even before the Commission reported. Yes, this is obviously non-representative anecdotal evidence, but I suspect it would prove typical if someone did carry out a well-formed study.

The reason for my suspicion is simple: the Catholic hierarchy has a clear, entrenched problem with responsibility and repentance. In theory, this is one of the central themes of Catholicism: you realize that you have done evil, and you rush to confess, to do penance, to make amends. According to Catholic teaching, it is a mortal sin to receive communion if you are aware of having sinned but have not confessed, “if you are offering your gift at the altar and there remember that your brother has something against you, leave your gift there before the altar. First go and be reconciled to your brother; then come and offer your gift.” (Matt. 5:23-24)

It’s been obvious for quite some time that while this applies to individual Catholics, it does not apply to the hierarchical institution. The institutional church has a fairly clear de facto policy for handling its own sins: conceal, deny, only admit it when it’s front page news, and then shift the blame. Of course, an individual who behaved this way would be denied absolution, but when you have a monopoly on God’s forgiveness, I guess the rules are more flexible.

Part of the problem stems from the doctrine of Infallibility, which prevents the Church from taking responsibility for the ways in which the teachings of the Church have contributed directly to various evils. So, for example, the Church can acknowledge the evils of anti-Semitism committed by “the sons and daughters of the church,” but cannot acknowledge the fact that Church teaching contributed to exciting hatred of the Jews starting in antiquity.

The other issue is a variant on the “No True Scotsman” fallacy, where the Church is defined as “One, Holy, Catholic and Apostolic.” The characterization of the Church as “Holy” is central to this problem. “The Church . . . is held, as a matter of faith, to be unfailingly holy. This is because Christ, the Son of God, who with the Father and the Spirit is hailed as ‘alone holy,’ loved the Church as his Bride, giving himself up for her so as to sanctify her; he joined her to himself as his body and endowed her with the gift of the Holy Spirit for the glory of God.” The Church, then, is “the holy People of God,” and her members are called “saints.” (CCC 823)

The Catholic Church understands itself as a fundamentally holy entity: when individual Catholics, including Catholic leaders, sin it is because they have moved away from the life of the Church (cf. CCC 827.) This means that the church itself is never responsible for any of the evils that Catholic leaders commit: they are always understood to have acted independently, contrary to the true nature of the church, in violation of her infallible teachings. It doesn’t matter whether the “true teaching” was actually taught by the Church in any meaningful sense; since the Church is unfailingly holy, it follows that any evil committed in its name must be committed by wayward individuals and not by the church itself.

This is, perhaps, why issuing an apology requires decades of suppression and denial, followed by years of planning. An initial, ordinary apology could not be offered, along with a promise for a proper, formal apology in the near future. The curia needs to get it just right. The evil must be acknowledged in carefully constructed terms, so that it is clear that the church’s infallibility and holiness are not in any way contradicted by its obvious involvement in, and justification of, genocidal practices and unspeakable crimes against children.

Image by Robert Pastryk from Pixabay

July 23, 2021 The Crime of Being Human
Recent Comments
0 | Leave a Comment
Browse Our Archives
get the latest updates from
Wayward Woman
and the Patheos
Nonreligious
Channel
POPULAR AT PATHEOS Nonreligious
1 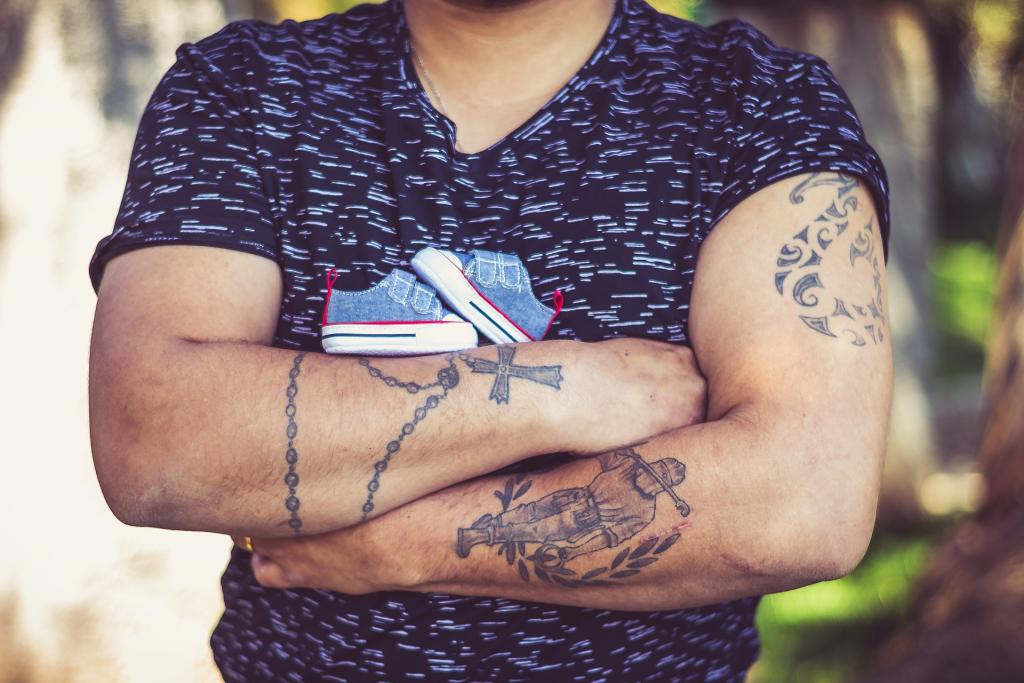 Nonreligious
The Hate that Calls Itself Love pt 3:...
Wayward Woman

Nonreligious
The Hatred that Calls Itself Love: On Homophobia...
Wayward Woman 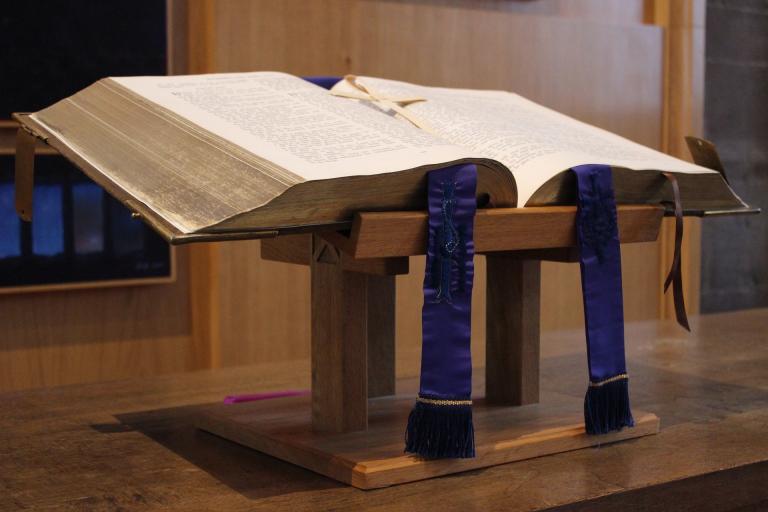 Nonreligious
How To Talk About Domestic Violence from the...
Wayward Woman
TRENDING AT PATHEOS Nonreligious