The Future of Mormonism (the Next Five Years) 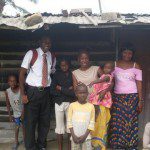 Editors’ Note: This article is part of the Patheos Public Square on the Future of Faith in America: Mormonism. Read other perspectives here.

Despite claims that the sky is falling and multiple reproductions of trumpeting Moroni are toppling from various spires, the future of Mormonism is bright. We are on a bridge. The past five years include the LDS Church’s huge step into transparency.  The hard historical issues visited by official essays were shocking to some, validating to others, and ignored by most.  Still, they have been published and will be integrated into the Church curriculum. That means that the upcoming generation will not (we hope) be blindsided by the issues but informed and even comforted.

We have lost many members over the past five years, but this kind of autumnal change is actually part of the Church’s evolution. Those tied to the past either by immutable hagiography or by the constant shadow of cynicism will continue leaving Mormonism as its leaders reveal their human foibles and Mormon history unearths more ugly skeletons. But the core of the gospel as seen through the Mormon lens is a glorious thing, including the most expansive imaginings of mortal and immortal purpose and progress. The issue is not whether or not the “core” is real, but whether or not it is seen and felt. The filter is not the core itself any more than a boat is the sea. Each provides and sometimes distorts perspective. When I was born in 1955, the Church felt like an extension of family to me. My Mormonism linked me to my grandparents, to common hymns, to an understanding that my parents believed there was something holy about the house where we congregated with other Mormons in Indiana, or the mansion where we met with our fellows in Illinois. I received the gift of a New Testament and a fold-out paper nativity, to be completed by the recipient, who would insert each band of photos—the livestock; the shepherds; the mother looking over the manger; the stable. I remember the feeling of unity with other Mormons as I memorized hymns and scriptures.

I was vaguely aware of the priesthood restriction—the “Negro Doctrine” as some called it—but it was distant from my personal experience, at least for a time. I was sitting in General Conference with my parents and my grandfather when President N. Eldon Tanner asked for a sustaining vote for all of the hierarchy in the Tabernacle’s red chairs. As President Tanner began to say, “It appears that the voting has been unanimous,” a man shouted from the balcony, “You didn’t count my vote, President Tanner! You didn’t count my vote!” I could see the man stepping forward, and I asked my mother what was happening. “Oh,” she said, “he just disagrees with something.”

I became aware of the civil rights movement by the time I hit puberty, and became troubled by the restriction by the time I entered my teen years. There was something in me which resisted it, and resisted even more the space for true bigotry which the policy opened. My seminary teacher’s casual use of the “N” word was so disturbing that I confronted him on it. When he bore his testimony that “N—gers” were actually inferior, I received a testimony of my own. I knew not only that he was wrong but that I had to be careful about the Testimony Voice, which could be so certain and dramatic and so misleading. I had to pay attention to my own heart.

I was twenty-three when the priesthood restriction policy was reversed. I was forty-three when God assigned me (or so I believe) to partner with Darius Gray in writing about Black LDS history. Eventually, Darius and I—black and white, male and female—became credible scholars and were asked to speak at firesides and academic conferences throughout the country. The progress I saw from 1998 (when Darius and I became partners) to 2015 has been far beyond what I would have imagined. We witnessed multiple miracles on that journey, and I, being accustomed to miracles now, anticipate many more as we cross the present bridge to a future church which honors all members in all ethnicities and goes “into all the world.” In the year 2020, I predict that:

1) There will be at least one apostle from the African continent—probably Elder Sitati or Elder Dube. Because the Church thrives in Africa better than it does in African American communities, I do not anticipate African American apostles by 2020, though they will come long before the end of the century. I do anticipate changes in the American LDS churches which will help African Americans remain LDS. These include more liberal music guidelines (i.e. allowing call and response, brass, clapping, and some guitar—particularly in areas where investigators are accustomed to worship which includes making “a joyful noise” in all ways); missionary-driven buses sent throughout inner city areas to help poor members get to meetings; church manuals focused specifically on how gospel principles may help the impoverished become self-sustaining; the use of the Addiction Recovery Program as a Sunday school class for all who suffer from addiction, and certainly for those led into addictive practices because of their surrounding culture.

2) Women will begin to take their proper place alongside the men. There will eventually be an ORDER (ordained to a purpose) of women heading the Relief Society and seated alongside the Quorum of Twelve for all conference sessions. These women will NOT be apostles but acknowledged leaders who counsel with the apostles in all decisions affecting the membership as a whole. They will serve as mediators and counselors, as did Eve in the Mormon perception, helping the male leaders see difficult issues and questions with greater light and compassion. Eventually, the various quorums of the Seventy and the extensions of Relief Society leadership will represent all ethnicities and nations where the Church is established.

3) Missionary work will become more service-oriented, and “Just Serve” will become a recognizable feature of Mormonism, where Mormons consistently participate in service projects, particularly interdenominational ones. Missions themselves will become more flexible for those who face anxiety/depression or other issues.

4) We will become more Christ-centered and, while still honoring the place of prophets and other leaders, will move further away from hero worship and deeper into “the cost of discipleship,” as Dietrich Bonhoeffer put it. I know of no other religion which asks so much of its members in COMMUNITY. The LDS life calls us to costly discipleship where each is asked to consecrate everything to the Christian life, and to do so in communities which we do not ourselves choose. There are huge similarities between the endowment of a Latter-day Saint and the investiture of a nun, both calling the initiate into complete fidelity and a willingness to sacrifice all.  Bonhoeffer’s words express beautifully what the Latter-day Saint ideal is—and why the Church will endure:

5) We will become a church known for exactly the opposite reasons it was known for in the nineteenth century. We will not be isolated but will be abundantly present and serving throughout the world. We will succor the truly persecuted and will no longer dwell upon our own persecution. We will continue to honor complete loyalty in marriage and to urge complete chastity before marriage—practices which could save millions of lives and families throughout the world. Weddings will happen largely outside of temples, with the sealing of marriage partners becoming a more private and family matter, taking place without any required delay. (LGBT issues will continue to fester, and the challenge to “love one another” will be the only and most difficult mandate.)

6) The Boy Scouts program will be replaced by Church-sponsored activities and accompanying “honor pins” (my own phrase) rather than “merit badges,” and the costs saved by no longer having to pay the BSA for Church enrollment may then be focused on developing a superb program which teaches eternal principles for Heaven and useful skills for Earth. There will be a complementary program for young women, who may choose from a plethora of possibilities for their “honor pins.”

The most serious threats to Mormonism right now are tribalism (between ethnicities and cultures; progressives and conservatives; feminists and not-feminists, etc.); disrespect in real and in online conversation; distractions (video games and smart phones top the list) from the real-life questions the gospel insists that we confront; addiction to everything from crack to voracious anger and bullying. These are serious threats.  Still, the LDS Church will not only endure but will thrive. Change comes slowly in the Church, but to those seeking to find miracles, the changes over the past fifty years have been monumental. We are on a bridge, and the bridge itself is a part of who we are. There will be more bridges in the future. A dynamic religion must recognize that increased understanding always takes us from one world to a better one.

August 1, 2015 Every Word
Recent Comments
0 | Leave a Comment
"That was a delight to read. I hope you keep sharing your experiences."
Christina Report on our Trip to the ..."
"Christopher Hanna--we'd love to have you help our efforts in the DR-C. The missionaries we ..."
Margaret Blair Young The Real Elder Price – entire ..."
"I served in the Congo Brazzaville Mission 2018-2020. I can't say I saw the crazy ..."
Christopher Hanna The Real Elder Price – entire ..."
"Mormonism is a scourge upon humanity"
Morminion Dear Anonymous Mormon: There is no ..."
Browse Our Archives
Related posts from The Welcome Table 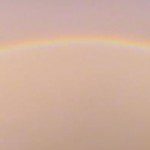 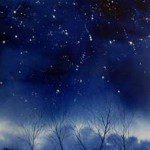 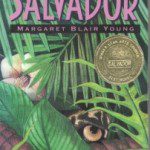