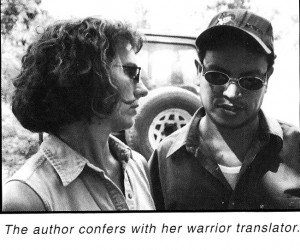 She lived in Honduras, Central America for four years where she served as regional correspondent for Time magazine. She worked as writer and editor at Christianity Today magazine from 1995 to 2000 and served as senior writer through 2005. Her work has taken her all over the world and her feature essays have won awards consistently. She has published extensively in other journals, including, Publishers Weekly,  Books & Culture, The Christian Century, and Beliefnet.com. (See Wendy’s Articles & Reviews.) Her essays have been included in two volumes of The Best Christian Writing, edited by John Wilson. She was cited in Brill’s Content (June 2001) as being numbered among the nation’s leading religion reporters. She has appeared on television numerous times, including on “Chris Matthew’s Hard Ball” and “Religion & Ethics Newsweekly.” She has been quoted or cited in all major national and international print news venues including The Boston Globe, The New York Times, The Washington Post, USA Today, Newsweek and Time magazine.

She served as Writer-in-Residence at Gordon College, Wenham, Massachusetts, in 2004 to 2005; as an adjunct in the Communcation Arts department 2009-2011.

She is Founder and CEO of Ecco Qua Press and curates the press’s eMagazine.

She has written ten nonfiction books and one novel. (See Wendy’s “Books.”)