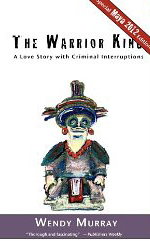 The story of journalist Lucy Shaw unfolds in the exotic location of the Maya ruins in Copán, Honduras. A well-known international journalist, she has been given the assignment to report on the recent discovery of a royal tomb believed to be the remains of the founding king of the Maya dynasty at Copán. From the start, mystery and calamity surround her assignment. The complex and changing characters in the novel are forced to wrestle with the meaning of ritual, the implications of human sacrifice and a romance gone bad. Love, lies and improbable twists leave the reader perplexed until the end. Wendy Murray, a seasoned, award-winning and well-traveled journalist, lived in Honduras for four years where she worked as the regional reporter for Time magazine. She traveled to Copán numerous times to report the discoveries recounted in this novel, interviewing extensively the team of archaeologists on site. Her work has taken her also to the jungles of Peru where visited an Amazonian tribe. She has also woven both experiences into this captivating novel. This is her eleventh book.

A Mended and Broken Heart, the Life and Love of Francis of Assisi

Francis of Assisi is Catholicism’s most popular saint. Tens of millions of spiritual seekers summon his name and example. But the real Francis-both his complicated personality and his complex theology-have been misunderstood for centuries. In 1228, Pope Gregory IX rushed to canonize St. Francis only two years after his death. Soon thereafter, the Church eliminated significant aspects of his biography from the public record. For Francis’s early life was defined by his profligacy; shortly before dying, Francis himself warned his brothers: “Don’t be too quick to canonize me. I am perfectly capable of fathering a child.” In A Mended and Broken Heart, journalist Wendy Murray slices through the bowdlerized version of Francis’s life promoted within the Catholic tradition and reveals instead a saint who was in every way also a real man. Murray stresses in particular the crucial but completely neglected role that Clare of Assisi played in Francis’s life, both pre- and postconversion, and his theology. A profoundly humane portrait of a misunderstood saint, A Mended and Broken Heart makes a powerful case that St. Francis’s life and thought make him a role model for religious seekers of every faith. 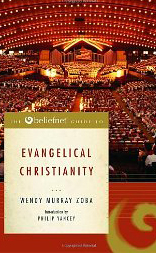 The Beliefnet Guide to Evangelical Christianity 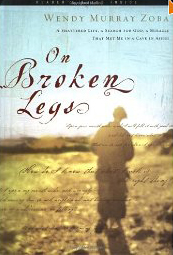 This beautifully-written literary memoir shows us how God uses personal crises to both shatter and rebuild our faith. 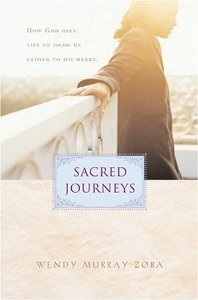 Life is God’s refining fire. The author shares ways God used her family and life experiences to teach her patience, mercy, and his grace through good times and bad. God intended to re-create us, to build us out of the raw materials of our past and the possibilites yet to come. He uses the mundane moments in the muck of real life to reveal his extravagant love. 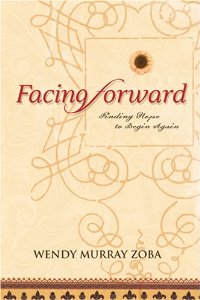 When struggles and disappointments arise, we risk remaining mired in grief and bitterness. God graciously grasps our shoulders and turns us around, urging us to stride forward with a stronger faith. In writing candidly about her own life experiences,Wendy Zoba shows how God has stretched her along the way and propelled her forward with fresh faith. 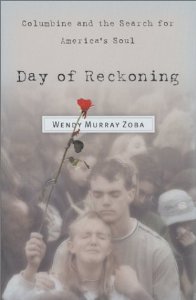 Day of Reckoning, Columbine and the Search for America’s Soul

Plodding prose and stale analysis mar Christian journalist Zoba’s rehashing of the grim details of the 1999 shootings at Columbine High School. Her argument seems to be that Columbine is a reflection of problems with America’s soul. She is particularly interested in the Cassie Bernall question: Did Cassie proclaim herself to be a Christian before being shot? (Zoba admits that we can never know for certain, but she sides with the martyr theory.) Though rich in interviews with survivors and parents, the book skimps on interpretation; what analysis appears here is borrowed from other sources.