No Cause for Celebration: Question Three of Ten 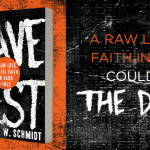 Taking The Dave Test during the Holidays

Introduction to the series

Much of the last year was thread through with considerable loss.  My brother, Dave, battled a fatal brain cancer for nearly eight years and he died this last January as the result of a fall that was due in large part to his disease.  He would have been 58 years old in October.

In reaction to Dave’s quest to find a durable faith and supportive friends, I wrote a book called The Dave Test, which was just released by Abingdon Press.  The book distills Dave’s quest into ten questions that any of us can ask ourselves, when we are in one of life’s hard places or when we are trying to support those we love.  Whether that hard place revolves around divorce, death, unemployment, abuse, illness, or some other misfortune, I hope that the questions I ask and the answers the book offers will help us all sit a bit more easily with life’s ragged edges.

Over ten weeks I plan to apply the questions in The Dave Test to our preparation for the holidays.  At this time of year for many there is — as the expression goes — “no cause for celebration.”  But I am convinced that there is reason for hope and I don’t believe that we need to navigate the holidays alone.  I hope that the book and this application of The Dave Test’s  principles to the holidays will help ease the sense of isolation that is so much a part of life for many of us at this time of year.

A life-long college friend recently lost his uncle.  Theirs was one of those close relationships that make the familial title, “uncle,” far more than a family tree designation.  Mark visited his Uncle Fletcher on a regular basis and they had long, memorable conversations about life and God. Every time Mark left to go back to college, his uncle would give him a significant amount of money to help address his financial needs, giving him a hug and telling him, “God told me to give this to you.”  Although they didn’t see eye-to-eye on every issue, they maintained an intimate, loving relationship and Mark was hit hard by his death.

When Fletcher died, inevitably the extended family exchanged reactions to his death and they did some of it on Facebook. When Mark posted a comment about how sad he was at Fletcher’s death, a family member quoted a bit of Scripture and declared, “Don’t be sad.  Let’s celebrate!”  Having read The Dave Test, Mark wrote to say, “Stained glass Christianity is alive and well in my family.”

Stained glass language takes many forms.  In some cases, it involves spinning out long, meaningless sentences that appear to say a lot in theological language but, in fact, say very little at all — talking about grace or blessings in disguise or being saved, without ever unpacking what that language means.  At other times, it takes the form of religious assertions that either don’t connect with real life, or dismiss how hard life can be.  The reaction of Mark’s family member to his uncle’s death fell into the last category.

Because many of the holidays that we celebrate are religious, it is easy to rely on stained glass language in addressing the needs of those who have no cause for celebration thanks to unemployment, death, illness, or other kinds of loss.  I can’t count the number of preachers I have heard string together an endless list of theological terms all in the effort to say something meaningful and faithful that ends up saying nothing at all.  One of my favorite illustrations was a sermon I heard sometime ago in which the preacher suggested that when we confront tragedy, we should affirm the goodness of God’s creation, like “little children’s laughter, puppy dogs, and mangos — mmmmm, I love mangos.”  The combination of the stained glass language and naiveté in that sermon was stunning and I wondered how people in real pain would react to the recommendation that they give thanks for mangos.  But, of course, it isn’t just preachers who say that kind of thing.  We tend to parrot what we hear in our churches, synagogues, and mosques.

How do we talk about God and hope during the holidays in ways that avoid stained-glass language?  Keep it real.  I noted in an earlier blog in this series that most of our holidays were forged around events that were marked by suffering, death, and disappointment.  Most of the religious language we use originally had its roots in those experiences.

The Psalmists, for example, did not wrap their frustration and bewilderment in language that made it all about religion, and they didn’t talk about God in ways that their faith lost relevance for their lives.  They talked about real feelings and they spoke immediately to God about what they were experiencing.  They said things like, “My enemies are pursuing me,” “My body is failing,” and “Why have you forsaken me?”  In fact, over two thirds of the Psalms are either laments or calling down God’s anger on the enemies of the writer.  Right or wrong, they kept it real.

Do the same — for yourself and for others when life comes unglued.  Mark needed the room to grieve.  He needed the room to say, “This saddens me.”  And he needed to be able to ask and answer the question that only God could answer, “What now?”  When there’s no cause to celebrate, room to do that is the only way we can begin to reconnect with the hope that our holidays offer us.

For more on taking The Dave Test during the holidays:

Question One: “Can I say life sucks?”

Question Two: “Can I give up my broken gods?”

To read more about The Dave Test, or to order a copy:

November 15, 2013
No Cause for Celebration: Question Two of Ten
Next Post

December 4, 2013 No Cause for Celebration: Question Four of Ten
Recent Comments
0 | Leave a Comment
Browse Our Archives
Related posts from What God Wants for Your Life 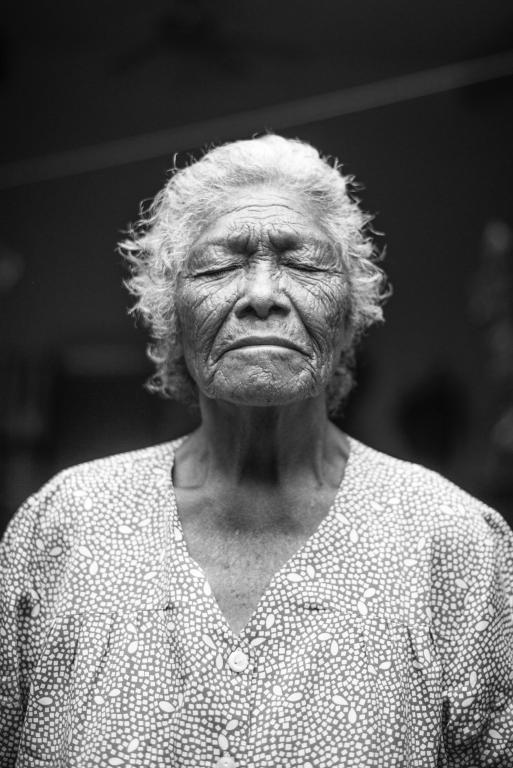 Progressive Christian
Dementia, Alzheimer’s & the Power of the Resurrection
What God Wants for Your Life