The Language of Lent: Repentance 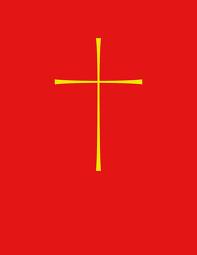 Lent is making something of a comeback as Christians who historically have observed the season bump up against those who don’t in the blogosphere.  But the language of Lent, which is rooted in larger Christian practice, often makes people uncomfortable.

Of the many words associated with Lent, “repentance” may actually qualify as one of the more underappreciated and misunderstood words.  The conversation about repentance with the larger culture and, for that matter, conversations with people within the church often begin and end with the observation, “God (or the church) is just trying to make me feel badly about myself.”

In an effort to communicate with people and blunt that criticism, the church has increasingly turned to the language of “apology” as a way of communicating what the church means by “repentance.”  We all find ourselves apologizing, after all and (so the logic goes) the language of apology is more familiar.  The word apology also focuses on errors in judgment or behavior.  As such, it also isn’t as likely to engender shame.

This logic is difficult to unravel, because the word “apology” has such a different connotation and because it enshrines some profound misunderstandings of the word, “repentance.”  But briefly unraveling those issues may be helpful in our Lenten journey.

In popular parlance, repentance is often described as turning from sin and it certainly may involve doing that.  But the Greek behind our Latin-based word, “repent,” means to change one’s mind.  Repentance, then, is about a fundamental change in the way we think about our lives – their purpose, focus, and conduct.

That process may entail “turning from sin,” from specific behaviors or actions, particularly if those behaviors or actions are at odds with this new change of mind.  Repentance may also involve regret or sorrow over having lived our lives under the mind’s old regime.

But, like a person who undergoes surgery for cataracts, the point of repentance is not to make us ashamed of what we couldn’t see.  The purpose of repentance is to allow us to see: to see God, to see ourselves as made in the image of God, to see ourselves as God’s beloved children, to see others as God’s children, and to see that we are meant for glory that we can’t imagine without God’s help.

As such, shame is not the goal of repentance, nor is regret or sorrow the point.  We may feel sorrow for having delayed getting “spiritual cataract surgery” earlier, but God is not trying to make us sorry for the delay.  We may feel shame, if we try to cling to our old ways of seeing, but God does not want that from us either.  In fact, those feelings can slow the process of transformation that repentance is meant to begin, if we camp out there.

Repentance, then, is the beginning of healing, transformation, new found, God-given, and deeply rooted strength.

But, why not describe that experience as “apologizing” to God?

Because to apologize is no more than the act of expressing regret or sorrow for an act or pattern of behavior.  Unlike the word, “repent,” it doesn’t necessarily imply a change of mind and it certainly doesn’t promise a new way of being.

To be sure, we may doubt the sincerity of someone who says they are sorry, but goes on doing the same thing that hurt us in the first place. But when we apologize, we simply register our regret and the way forward is another matter.  Like the word “self,” when it is used in place of the word, “soul,” the word “apologize,” lacks the depth, texture, and history of the word, “repent.”

It does not suggest the beginning of something far reaching and fundamental; and, unlike the language of repentance, it is not imbedded in the larger conviction that this act is about embracing the conviction that we are made in the image of God or that the process of beginning to live that way can start now, with a change of mind.

It’s great to communicate in terms that people can understand and sometimes that task can be accomplished by changing our vocabulary.  But sometimes the best thing we can do is to explain ourselves.  This is one of those occasions.  Repentance isn’t meant to destroy us.  It’s meant to free us.

February 5, 2015
The Evolving Future of Theological Education
Next Post

February 20, 2015 Taking to the Street
Recent Comments
0 | Leave a Comment
Browse Our Archives
get the latest from
What God Wants for Your Life
Sign up for our newsletter
POPULAR AT PATHEOS Progressive Christian
1

"All People Are Holy": The Theology...
Mercy Not Sacrifice
Related posts from What God Wants for Your Life 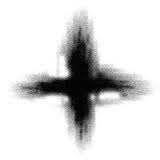 Progressive Christian
"Bummer of a birthmark, Hal!"
What God Wants for Your Life

A Path Toward Societal Equity (Part 2 of...
"He was not rejected by the people. He was silenced by the...
view all Progressive Christian blogs
What Are Your Thoughts?leave a comment
Copyright 2008-2020, Patheos. All rights reserved.