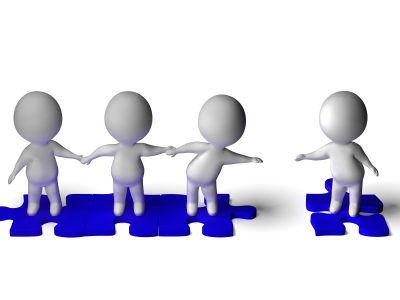 A dear friend who has navigated cancer of his own is now facing that journey with his wife.  Her cancer, sadly, is far more virulent and, tied as it is, to a genetic marker, the little monster is not going away.

Like many of my friends, he has shared the progress of his wife’s treatment with his Facebook community, and the result has been just what one might hope for: words of encouragement and sympathy, promises of prayer, and offers from those who live close-by to help in one way or another.

But, not surprisingly, as his wife’s condition has become more intractable, the Facebook world has surfaced the same challenges that any community of friends offers: advice about how to pray; reminders about “biblical promises;” moralizing about what the progress of her disease might suggest about their faith; and endless medical advice, most of it from people without medical expertise.

The problem, of course, is as old as the human race.  Broadly speaking, when tragedy strikes other human beings, we tend to fall into three groups: those who rush in to help, those who run away in denial, and those for whom the experience of those who suffer becomes a tuning fork for their own fears.

These aren’t discreet groups, of course, and many people are a mix of one or more reactions.  But in the middle of suffering, the third kind of behavior is the most difficult to manage.

For this group, your suffering, of course, is not the issue.  They are the issue and your suffering is a threat to their sense of security and the reliability of their assumptions about life and faith.

Cemeteries, hospitals, terrorism, murder, mayhem, and natural disasters may seem to be a contradiction to that kind of nonsense, as is the witness of most faiths that we are all mortal and that personal fortunes are shaped by geography, genetics, and the luck of the draw.  But never underestimate the power of denial to disguise itself.

The Book of Job and Job’s so-called friends are a witness to just how old that kind of thinking is.  They appear to be sympathetic enough.  They are even willing to sit down with Job – at arm’s length.  But what they really want to do is prop up their worldview at Job’s expense.  He must have done something wrong, or this kind of thing wouldn’t happen to him.

In response to that kind of misleading thinking, the message of the book is this: “Bad things do happen to good people.  They will happen to you, too.  Trust God anyway.”

The problem for us, of course, is that Facebook and social media are a magnet for Job’s friends.  Factor in the anonymity of on-line communication and you are asking for trouble.  On the other hand, if so-called virtual communities can’t “be there” when times are hard, what good are they?

So, for those contemplating how to lean on that community, here are some things to consider:

One: Decide whether the advantages outweigh the dangers of communicating about a personal struggle.

There is no “right” or “wrong” here.  There are better communities and there are weak ones.  Some of us live in relatively closed social worlds.  Some of us live in fairly open ones.  The likely “mix” of responses that you will get to sharing information of this kind will vary; and you may have a reading of just how much support you are likely to find, if you share information about your life.

Two: Remember that regardless of how small your social world might be, it is potentially open to everyone.

It is easy to assume that if you have a fixed and fairly small number of Facebook friends, you also have control over the information that you share.  It’s a mistake to make that assumption.  Instead, you should assume that anything you share on social media might be shared with everyone.

Three: Decide whether you are emotionally and spiritually strong enough right now to deal with the good and the bad that people might offer.

In times of loss and struggle, it’s important to conserve your energy.  Be gentle with yourself.  No one can lay claim to your personal life, let alone a random selection of two or three thousand people.  If you need to conserve your energy, rely upon the handful of face-to-face relationships on which you can depend.

Four: If you do share your struggles with a larger community, be clear and equally public about your personal and emotional boundaries.

My friend — wisely and without being defensive or angry — has been clear about his boundaries.  He made a forthright statement about where he and his wife are spiritually, what they are doing medically, and what kind of help they would find reassuring.  That kind of clarity is the virtual equivalent of clean, clear, face-to-face communication in the “real” world; and it goes a long way to warding off unwelcome “wisdom.”

Fifth: Remember, when Job’s friends surface (and they will) it’s not about you.  It’s about them.

When your life becomes someone else’s problem, those people usually try to make their problem yours.  Their fear of illness becomes your problem with prayer.  Their refusal to acknowledge their mortality becomes your failure to have enough faith or make the effort to find the right kind of treatment.  Projection of that kind frees Job’s friends from facing their own lives or dealing with their own sense of vulnerability.

I’ve watched that kind of projection bedevil and burden the lives of good and gentle friends whose lives were already filled with enough trouble.  Don’t let Job’s friends rent space in your hearts and lives, or dictate the terms of your relationship with God.

Not all friendships in “real-time” are of the same quality or value.  The same is true in the virtual world.  The need to distinguish between them is even more important.

Image by Stuart Miles with permission from freedigitalphotos.net

December 26, 2015
Christmas Autopsy: 5 Thoughts about the Death of Christmas
Next Post