Evangelicals, Donald Trump, and 4 Lessons in Politics for the Church 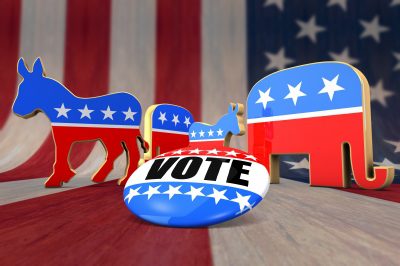 The meeting that a handful of Evangelicals had with Donald Trump this week has something to teach Evangelicals and Christians of every stripe.

Meetings of this kind run the risk of painting the whole of a segment of the Christian community in terms that appear unified and homogenous. Christians — even hyphenated Christians (Evangelical-Christians, Progressive-Christians, Roman Catholic-Christians, etc.) — do not see their faith or political issues in the same way.

But when a group of individuals meet with a political candidate, meetings of that kind are inevitably reduced to the simplest of terms: Candidate X meets with ______-Christians; and readers conclude: “This is what ______-Christians believe / endorse / support.”

I am not an Evangelical, but I have Evangelical friends and most of them are not fairly represented by the “leaders” who met with Trump. The meeting raises this question, even for those who don’t share the views of those leaders: Do we, as individual Christians, want to be represented by powerbrokers who often misrepresent us?

When religious leaders participate in meetings of this kind, they run the risk of being treated (and rightly so) as members of just one more special interest group.

Some may be comfortable with being characterized in that fashion, but religious leaders need to ask themselves important questions:

Are we simply advocating for a list of causes or are we trying to point the people who are members of our communities to a larger, transcendent message? Do we want to be defined by that kind of advocacy? Are we prepared to accept the inevitable limits that advocacy will place upon our ability to reach out to others?

Do we want to be associated with the uneven baggage that individual candidates bring with them in the name of having their support for selected issues?

Christians can and should think critically about the issues in any election and they should bring their values to bear upon political decisions that have moral and theological implications. But candidates inevitably believe and advocate for positions that do not always correspond with Christians of any stripe might believe. Meetings of the kind that some Evangelicals had with Donald Trump this week are devoted to winning the support of a Christian sub-group for a candidate.

Do we want to be enlisted by candidates whose conduct and convictions are often at odds with what we believe in the name of having them as advocates for a handful of things we believe?

Do we want to limit our ability to reach out to those who are alienated by a candidate’s character and conduct?

Political campaigns often turn negative. This year’s political contest promises to be one of the ugliest ever.

Do we want to associate ourselves with that kind of behavior — the lies, the exaggeration, the caricatures, and the division which is, in and of itself, morally problematic?

Those choices are of perennial value, but in this year’s election, they are of even greater importance.

June 13, 2016
3 Things Religious Leaders Can Do in the Wake of the Massacre in Orlando
Next Post 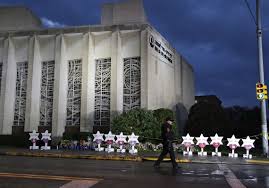 Progressive Christian
7 Ways for the Church to Respond after...
What God Wants for Your Life