I Come to Bury Evangelicalism, Not to Praise It

I Come to Bury Evangelicalism, Not to Praise It October 25, 2017 Frederick Schmidt 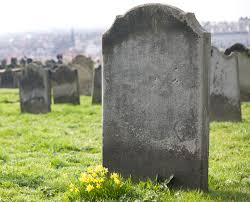 Coming from Scot McKnight, who is himself a leading evangelical voice, the summons to bury the movement this last week came as something of a theological earthquake. But in not very different terms from the title above, that was exactly what he suggested. You can read the article here.

I am not an Evangelical, but I do owe a good deal of my early education to teachers who would have described themselves as such. I also think it is important to take the time to analyze what is happening across Christian traditions, rather than gloat or pile on.

The same, mean-spirited language that has become the lingua franca of civic discourse characterizes far too much conversation among Christians. Now, more than ever, I think that the old poster — think meme, only on paper — from the late sixties might have traction: “A modest proposal for peace: Let the Christians of the world agree that they will not kill each other.”

I completely understand his frustration with the associations that have affixed themselves to Evangelicalism. As he notes, people who know nothing about the theological commitments that gave rise to the evangelical movement, now associate the word with “Republican=Conservative=populist=Trump.” But what seems to be missing from the article is a clear affirmation that associating Evangelicalism with any political party would threaten its wellbeing.

It is true that at any point in civic discourse Christians might find themselves more sympathetic or more at odds with a political party’s policy. But once Christians become thoroughly owned or co-opted by a party, they have lost the ability to speak with independence to the culture around them. And, more importantly, they have lost the ability to listen to what the Spirit has to say to the church.

Everything that the church has to say – about how different the Kingdom of God is and should be — about our broken and distorted notions of human flourishing – about our capacity for self-deceit – and about our longing to be our own gods – makes it impossible to believe (or it should) that either political party can ever perfectly mirror the will of God. And, yet, among Evangelical and Progressive Christians alike, alignment with party politics has become automatic, parroting both values and the animosities of the party each chooses.

It seems to me, then, that in some ways McKnight’s appeal to bury Evangelicalism comes at a time when those who have not been co-opted by party politics should be more, not less rigorous in claiming the right to define the movement. Even though I am not one, I think it is fair to say that Evangelicals have a long and, in many ways, admirable tradition. And that tradition is not the hidebound and backward looking movement that so many people believe that it is.

To bury the word, then, rather than reclaim it in a rigorous fashion is to abandon the hard work of generations and lose the identification with a body of convictions that has held together a global and otherwise diverse community.

All that said, I understand the attraction that McKnight finds in simply reverting to the label, “Christian.” That is certainly the label I prefer for myself and I only use the label “Anglo-Catholic” when I am trying to define where I stand in the rich history of the church’s life and practice.

I’ve long suspected that one of the problems with “labels” is that others inevitably bring their definitions to it when they are given one, and it is perilously easy to lose control over its meaning. But, then again, that has always been the problem with the label “Christian” as well. The only antidotes to having the label misappropriated are consistent attention to the voice of God, courageous action shaped by what we hear, a steadfast witness to our faith, willingness to admit it when we have been less than faithful, and the readiness to live our lives in ever greater availability to the purposes of God.

None of that, of course, will prevent misunderstanding, avert the hostility of others, or keep some from attempting to co-opt the label. But that is not something that any human being can control.

That, it seems to me, is the challenge that Evangelicals like Scot McKnight face. They are worlds away from those who have let politics co-opt them. But the latter are far more vocal. They have a larger platform. And, in an ill-informed civic square, where journalists often know nothing at all about religion and theology, the labeling is beginning to stick. Can you control that labeling?  No.  And where does it stop?  I have no idea.  In truth, I don’t think it does.

Which brings me back — fruitfully — to the label, “Progressive.” I’ve never honestly liked it and when the saccharine and misleading label, “Mainline,” was laid to rest here at Patheos, I argued that “Progressive” wasn’t an auspicious substitute. In spite of the elaborate efforts that some have made to defend it, the label has always struck me as code for “we are not fundamentalists.” Beyond that, it has done little more than serve to make dubious claims for itself: That Progressives are more concerned about the needs of others, that they are more aware of the social implications of the Gospel, or that we are more attuned to science and learning. Nothing in Christian history suggests that these distinctions are even remotely unique to Progressive Christianity.

But maybe the bigger problem for the label, “Progressive,” is that there is no hint of McKnight-like discomfort with the way in which the movement is identified as “Democratic=Liberal=Elitist=Clinton.” I cannot remember anyone calling for Progressives to examine their own identification with a single party, in spite of the fact that no one who is being fair can possibly argue that either Democratic policy or behavior is thoroughly consistent with the values of the Gospel. And that, I would argue, is not only demonstrably true in the particular, but axiomatic theologically.

By the time I sat with McKnight’s article for several days, I had concluded that both brands of Christianity have a problem. The only difference may be that one of them is aware of it.

It’s up to Evangelicals.  It may be a little early to begin digging the grave.  But if they decide to do it, maybe they will split the cost of the funeral with us.

October 25, 2017
I Come to Bury Evangelicalism, Not to Praise It
Next Post

November 5, 2017 A Reflection on the Shooting in Sutherland Springs, Texas
Recent Comments
0 | Leave a Comment
"You are spot on, kronzypantz."
TheRevJim America’s New Religion and the Scandal ..."
"Salvation is about transformation in this life."But go and learn from this: [God] wants mercy--not ..."
james warren On Being the Church: “Living Out ..."
"Thank you for the kind words!"
Frederick William Schmidt On Being the Church: “Prepared for ..."
"The commentary encompasses so well the entire concept, as our path is made through Paul's ..."
Mary Kathryn Berry On Being the Church: “Prepared for ..."
Browse Our Archives
get the latest from
What God Wants for Your Life
Sign up for our newsletter
POPULAR AT PATHEOS Progressive Christian
1 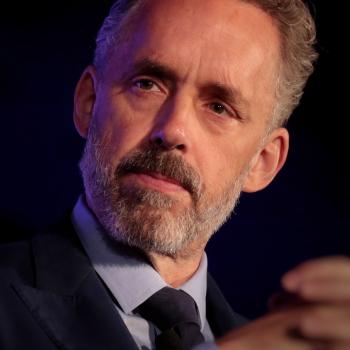