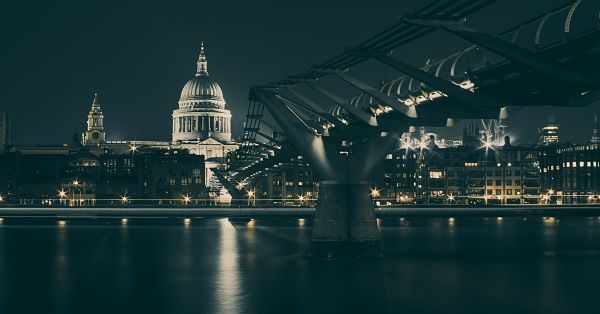 I have a strategy for doing so, but first this:

More than 80 years ago, the first president of Princeton Evangelical Fellowship aspired for the organization to allow students “to enjoy Christian fellowship one with another, to bear united witness to the faith of its members in the whole Bible as the inspired Word of God, and to encourage other students to take, with them, a definite stand for Christ on the campus.”

In 2017, the Ivy League student ministry remains fully committed to this purpose … just without calling themselves evangelical.

“There’s a growing recognition that the term evangelical is increasingly either confusing, or unknown, or misunderstood to students,” the organization’s director, Bill Boyce, told The Daily Princetonian.

It’s not an issue limited to the 8,000-student campus; a number of evangelicals across the country share his concerns, particularly after last year’s election linked evangelical identity with support for President Donald Trump in the public eye.

Which leads me beyond the obvious: one of the more openly affirming institutions of evangelicalism, CT, records the news that evangelical is an embattled term while CT presses forward with no desire to diminish the centrality of the term for itself. But this essay is not about CT.

It’s about that dreaded term “evangelical.”

It’s a case of only a few who like the term while many despise the term, all the while knowing there’s no other term to use.

Evangelicalism and Republicanism — Trump can’t be called Conservatism — are wrapped in one another’s arms for a long embrace, and one needs only to look back to the Reagan years to see when this became semi-official or more. The Southern Democrats slid over to the Republicans and gave the Republican party more than enough votes but time has proven that the Party is hardly unified in political theory. Most don’t even know what Conservative means — economically or governmentally especially — while some think Republican means anti-abortion, pro-war, pro-NRA, pro-big business, anti-immigration, anti-Obamacare, anti-same-sex marriage, anti-taxes. Pro Fox News, Anti-CNN.

Populism runs rampant among the Republican voters, not least among evangelicals, and part of this is that evangelicalism is itself populist.

The Princeton Christian Fellowship, then, had good reasons to change its name from Princeton Evangelical Fellowship. They buried the term evangelical.

What to Do? Why Do This?

What to do? Here’s what I suggest: if you are embarrassed by “evangelical” quit calling yourself one. When you are asked to check a box, don’t check Evangelical. Check another one.

Why do this? Eventually “Evangelical” will dwindle in numbers down to Republican. When that happens no one will be one bit surprised Evangelical=Republican=Conservative=populist=[Candidate’s name]. That’s what the term will mean because only they will claim the term.

At one time we got to define this term by theology as a coalition of post Great Awakening orthodox Christians who affirmed the Bible, personal conversion, the centrality of the cross as God’s saving event, and activism when it comes to evangelism and social goods. Add to those four elements a non-denominationalist theme and you have a theological orientation to the term. Many embraced and still embrace evangelical on that basis alone. The days when that orientation to the term are behind us. For this approach, see David Bebbington’s The Dominance of Evangelicalism.

When I was at TEDS D.A. Carson and J. Woodbridge were intent on defining evangelical and who was and who was not an evangelical. They held a conference or two, advertised with pomp as the next Nicea, published the papers (Evangelical Affirmations) and it didn’t work. No one paid attention. They tried other approaches like magazine broadsides. They filled out their lines of affirmation with warnings of denials and gave it all a strong feel. Who defines whom isn’t a game easy to play. They seem to have all but given up, and even if they haven’t, they lost. Someone else has won the game of Who defines this term.

Then some fudged on the meaning of these terms so the term became more sociological — those connected to institutions that called themselves evangelical. This worked and works but is too ambiguous to define the term. Evangelicalism then becomes a diverse coalition. Molly Worthen’s book (Apostles of Reasons) proved this, but many didn’t harmonize their voices to her tune. The Reformed side of evangelicalism didn’t want the Holiness and Anabaptist and Restorationist crowds as equals and those last three have basically avoided the term for themselves.

Then came Reagan and Jerry Falwell, James Dobson and James Kennedy and theology and sociology were usurped by politics. Evangelical meant Republican. What they didn’t recognize is that “evangelical” became “whiteness” and many Latin Americans and African Americans and Asian Americans were excluded.

Add now evangelicals from the United Kingdom and New Zealand and Australia (and continental Europeans and South America and South Korea and big chunks of Africa). This politicization of evangelicalism ignores them and excludes them. Folks, very few English and Irish and Scottish evangelicals, not to ignore the others just mentioned, are politicals like our Republicans; many of them are more like our Democrats and many are more like Bernie Sanders than ordinary Democrats. What do you think they hear or think when they see evangelical=Republican=Conservative=populist=Trump?

They often say to me, “Don’t call me ‘evangelical’ if you mean Republican!”

Today the term evangelical in the USA means (supposedly) conservative in politics, and hence “Votes Republican.” This definition is not going away. The political folks have won.

Let the political evangelicals have the term.

Everyone else walk away. Call yourself something else. Perhaps Christian will come back in vogue. Maybe our denominational affiliation will work — I can call myself Anglican. You may be Presbyterian or Methodist. Maybe using those terms will help us bury the term “evangelical.”

The one thing I despise about Christianity in the USA is its aligning with a political party. Mainliners have done it; they’re Democrats. Evangelicals have followed suit; they’re Republicans. Politicization is accomplished.

Let the rest of us call ourselves Christians.

October 16, 2017 Our Daughters Deserve This
Recent Comments
234 Comments | Leave a Comment
""
Queenofthefuzzybugs The (Non)Wesleyan (Non)Quadrilateral
""
Xanthrince JesusCreed.org Blog Prayer
""
William Ristau Writing In Your Life
"'This renewal began first with the renewal of the people of God (chapter 5 or ..."
Kostya2 Putting the Bible Together
Browse Our Archives
Related posts from Jesus Creed