Life, Loss, Limitation: The Life and Death of Stephen Hawking 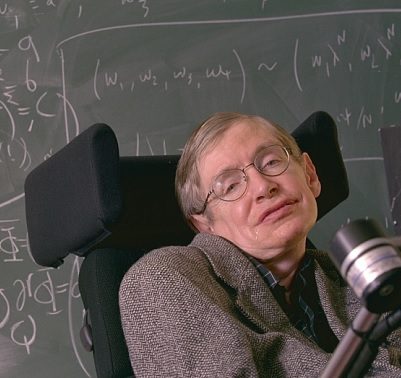 The death of Stephen Hawking led to predictable observations and storylines: “He is free now,” and “Look at what he accomplished in spite of his disability” were among the most common. Understandably writers who deal with their own handicaps had some trenchant criticism for people who drew on those tropes. Ellis Palmer, who writes for the BBC and is himself confined to a wheelchair, was particularly telling in his outline of the dangers in framing Hawkins life in this fashion.

Not surprisingly, people have had less to say about the theological problems with those storylines. In fits and starts, Hawking was either hostile or indifferent to religion and God for surprisingly superficial reasons for a man who was otherwise intellectually rigorous. But the storylines summarizing his life bear a striking similarity to some of the cold comfort that Christians often offer under similar circumstances, suggesting that far too much of what we tell one another is shaped by our culture and not by our faith.

I have written two books attempting to address the problems with that cold comfort, its impact on those who suffer or struggle, and the theological problems associated with it: When Suffering Persists and The Dave Test. But, for a variety of reasons, some of the problematic language that we use in Christian circles never goes away, so it is worth making some brief observations, yet again, about suffering and the Christian faith. (I’ll let the books and the work of other writers make the longer argument that is needed to support what I simply outline here.)

One: Sometimes life sucks. It sucks because others are cruel. It sucks because we suffer the consequences of choices that we should not have made. Or it sucks thanks to random factors: genetic inheritance, random cell growth, exposure to bacteria, and accidents.

Two: The Christian faith is a witness to the God-given purposes of our lives – whatever our circumstances. It’s about turning our lives toward God, attentiveness to God’s way of seeing life and one another. It’s about the subsequent transformation of the lives we have, whatever their shape: brief or long, well or ill, free or oppressed.

Three: The Christian faith is not about erasing the variables that I’ve identified above. To be sure, if our lives or the lives of others are conditioned by the cruelty and malevolence of others, the Christian faith calls those people to account and requires us to do what we can in response to alleviate the suffering of others. But it is not a bag of magic tricks that can be used to make this life free of struggle or suffering. Indeed, from beginning to end, Scripture takes the brokenness of this world and our own mortality as givens.

Four: God does not will our suffering and God does not permit us to suffer, and it is fundamentally wrong-headed to suppose that our faith should erase our circumstances. The intractability of suffering or the limitations that we experience is not evidence that our confidence in God is misplaced or that our faith is somehow defective.

Five: We should never buy distance from our own frailty at the expense of others, by minimizing their losses. Christians are called, instead, to live alongside those who struggle – to be available, to be vulnerable – nurturing strength, courage and hope. That task is the inescapable corollary of following the One who embraced suffering on our behalf.

Sooner or later all of our lives are shaped by limitations of one kind or another. Christian spirituality is about a life equal to those challenges and lives that are about something far more profound than the limitations and losses that we experience along the way. It is time that we recaptured a vision of our faith that transcends the culturally conditioned stories we tell one another.

March 9, 2018
3 Things Fundamentalist and Progressive Christians Should Remember
Next Post

'We come in last in the...
slacktivist
Related posts from What God Wants for Your Life

Progressive Christian
The Book of Job in (way) less than...
What God Wants for Your Life

Progressive Christian
What is Celtic Spirituality?
What God Wants for Your Life