Without a Prayer: Conferences, Conventions and Discerning the Will of God

I have a number of friends at the United Methodist General Conference, where the denomination is making decisions that will determine the future of their denomination.  Most of those friends are observers or belong to the press corps, but they are also lifelong Methodists, so they offer a fairly personal window into the experience.

As I listen in, I must say that nothing that I have heard thus far really surprises me, particularly having lived through my own denomination’s battles over sexual orientation earlier in this century.

No one who paid attention to our experience will be shocked to learn that “sticks, bricks and the pension fund” figured prominently in the priorities that the Conference identified yesterday.  In fits of gallows humor, many Episcopalians observed behind closed doors that “the pension fund is the last instrument of church unity.”  And in the years that followed our debates The Episcopal Church spent obscene amounts of money enriching lawyers thanks to legal battles over property rights.

The denomination won most of those battles.  But there were no real winners.  Congregants were often left scarred and unattended and the denomination often found itself saddled with empty buildings.

Nor did I find it particularly surprising that traditionalist plans for the future edged out other strategies in the tentative priorities that the Conference identified on Sunday.  Progressive voices dominated in my church, but the demographics of the United Methodist Church are arguably mirror images of The Episcopal Church.  In addition, the decisions that we made did not immediately involve churches from extensive parts of the rest of the world.

In last week’s article I suggested that, for complex historical reasons, political and legislative modes dominate American Protestant life.  Conventions like the one that United Methodists are now attending are a product of that transformation, and the hold that this kind of decision-making has on the church is so deep that most of us no longer recognize the way that it has changed the way we “do” church.

A small fraction of the church’s membership attends these conferences, in part because no public space can accommodate everyone and in part because very few people can afford to devote the kind of time and money needed to attend events of this kind.  Then, God help them, those who do attend walk miles to join one another in a space that is larger than some small towns and after a torturously long orientation, begin to make decisions at the halfway point in the conference.  The decision-making process is governed by arcane rules that practically require an associate’s degree, and it is further colored by backroom deal making.  The result is an agenda which — given the number of people who want or need to be heard — is rather like sipping water through a firehose.

Ironically, all of this begins on the Sabbath following a bit of worship which the participants sincerely believe will insure that God shows up.  But, frankly, such services have as little to do with the proceedings at a conference as the national anthem has to do with the progress of a football game.   Prayers of discernment require silence.  They require reflection and time to struggle.  They cannot be confined to one part of a day, and the length of the effort cannot be guaranteed.  Cuing up a long list of legislation and resolutions ahead of the experience obviously signals that is not the purpose of denominational conventions.

That this environment twists and distorts the way in which people interact with one another should be obvious.  But Christy Thomas a retired United Methodist minister and blogger was candid enough to admit that this is the case.  Talking with friends over at the Crackers and Grape Juice podcast, Thomas noted that she found herself worrying that “her side” wasn’t going to “win” and wondering if things went the wrong way whether or not the proceedings of the General Conference could be up-ended on a technicality.  Reverend Thomas had the grace and maturity to make this public confession and reflected on what was happening to her spiritually.  As someone who frets over similar questions, I think that there is great maturity in being able to say that.  But I don’t think that she is alone, and I don’t think that the reason she caught herself thinking in terms of “winning” and “losing” points to a defect in her own spiritual life.  I am all but certain that conferences and conventions breed this kind of thinking on a massive scale and lead to just the kind of mistrust and maneuvering that she identifies.

Apart from the salve of token exercises in worship and the occasional prayer of invocation, decision-making in mainline Protestantism reflects the practice and ethos of American politics more than anything else.  Everything that matters is decided on the national level.  Everything depends upon achieving control of the process.  When the process doesn’t serve a group’s goals, the results can be invalidated, demonized or ignored.  When all else fails, the “losing side” can vote with its feet or its wallets.  And the well-being of religious communities is put on the line time and time again in a regular cycle of conferences and conventions, which almost invites fear and discord.  Perhaps the saddest irony of all is that most of the people involved probably believe such venues are an opportunity to listen for the voice of God, and that both sides have prayed and struggled with one another long enough.

It is too late for United Methodists to ask themselves whether this is a healthy way to nurture the life of the church, and there will probably be two branches of Methodism before the week is out.  But it is not too late for mainline Protestantism to ask itself whether such events really lend themselves to discerning the will of God.  If not, we should be honest about it.  We should also ask ourselves where, in God’s name, that happens.

February 23, 2019
Methodism and American Protestants: Built for Schism?
Next Post

March 5, 2019 Finding Unity in Divisive Times
Recent Comments
0 | Leave a Comment
Browse Our Archives
Related posts from What God Wants for Your Life 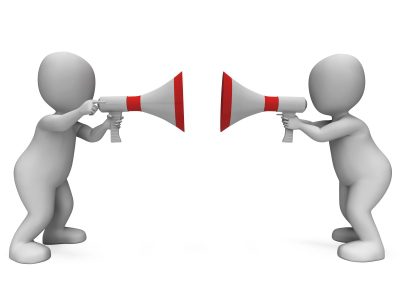 Progressive Christian
Methodism and American Protestants: Built for Schism?
What God Wants for Your Life