Forgetting our Mission: Mass Shootings and the Church

What can we do when tragedy strikes on a large scale, rocking our sense of wellbeing and security?  That is the kind of question that Christian communities have been asking themselves of late in the wake of successive mass shootings, and it isn’t an easy question to answer.

Much of what anyone can do seems to lie with other people and institutions.   That is the case, no matter what one thinks might be the cause or causes.

If the issue is mental illness, the solution lies with better treatment strategies and laws which that make it easier to get people help.  Not all people who experience emotional turmoil turn to violence, and those who are tempted to turn to violence are unlikely to seek treatment.  In an effort to preserve individual liberty, we have made it harder for other people to make those judgments – and with good reason.  So, it will take time and careful legislative work to ensure that anything really helpful can be done.

To the extent that such violence represents the work of domestic terrorists, here too the work to be done lies beyond the average church goer.  In a helpful article, Clint Watts points out that the kind of careful work done to counter foreign terrorism needs to be done in an effort to battle domestic threats as well and white supremacists in particular:

We urgently need to reset and standardize our approach to domestic terrorism. If Congress is truly concerned about domestic terrorism and serious about its oversight responsibilities, it should immediately hold hearings to clarify the extent of the threat and identify needs. The homeland-security and judiciary committees should gather data about domestic terrorism’s different variants and ideologies and ensure that the U.S. has the resources and personnel to meet each threat. At the same time, the foreign-affairs and intelligence committees should examine the degree to which foreign countries and connections intersect with domestic extremist movements. Finally, Congress should ensure that the FBI and the Department of Homeland Security get additional resources and tools to investigate domestic terrorism.

That churches might not know how to intersect with efforts of this kind and others is understandable.  What is surprising is that churches are not talking about the one thing that they all can do: Nurture the kind of healing community, belonging, and connection that the body of Christ is meant to be.

Measured assessments of the violence that has roiled our national life makes it clear that a lack of community and connection is, in one way or another, at that heart of the problems we are facing.  Whether, on the one hand, it is isolation that spirals into violent obsession, the absence of friendships, or a loss of hope or, on the other hand, the fragmentation that leaves communities without a firsthand knowledge of its members who are in distress – it is the absence of connection and engagement that fosters anger and violent rage.  And the more thoughtful reviews of the subject agree that it is the diminished significance of institutions like the church that have contributed to the absence of that connection.

In a recent article, Terry Newman, a researcher at Concordia University in Montreal observes:

This is one reason why so many people now feel unmoored. As Canadian science fiction writer Donald Kingsbury eloquently put it in his novel Courtship Rite, “Tradition is a set of solutions for which we have forgotten the problems. Throw away the solution and you get the problem back.” Faith in god, country and manhood might be seen as regressive by modern lights. But insofar as they were holding back male anomie, we perhaps neglected to consider what damage would be done if we discredited those ideas before finding replacements.

In the history of our species, there has never been (to the knowledge of modern scholars) a human society that did not express belief in some sort of supernatural force—which suggests that we are programmed by a need to believe in something bigger than ourselves. Sociologist Max Weber warned in 1919 that “science deals with facts. It can’t tell us what to do or what’s important.” This is to say that while the scientific revolution did a good job of helping us explain and harness the natural world, it did nothing to fill the god-shaped hole that Blaise Pascal identified in the 17th-century: “What else does this craving, and this helplessness, proclaim but that there was once in man a true happiness, of which all that now remains is the empty print and trace? This he tries in vain to fill with everything around him, seeking in things that are not there the help he cannot find in those that are, though none can help, since this infinite abyss can be filled only with an infinite and immutable object; in other words by God himself.”

It is difficult to know why churches and their leaders fail to see the importance – if not the imperative – of building healing communities.  Some of it is probably a defect in the way in which we think about churches.  For far too many see the church as a vendor or dispenser of services.  The result is a model for doing church that is marked by transactional relationships, not by genuine community.

A second problem has been the new passion for political engagement that has swept through the church.  If the church once had difficulty seeing the implications of the Gospel for its relationship with society, now it is difficult for the Progressive Protestants to see anything else.  Far too many, particularly in progressive circles, see the church as a base for social engagement.  They do not see the church itself as the place where that healing takes place in life lived together — to echo Dietrich Bonhoeffer.

Grasping the fact that church’s mission and a part of the answer to our contemporary malaise are deeply interrelated should be a source of encouragement to the church, its members and leaders.  There are things we can do.  But they are also things we should have been doing all along and Kingsbury is right: We have forgotten our mission and the problems are back, with a vengeance.

September 11, 2019 9/11
Recent Comments
0 | Leave a Comment
Browse Our Archives
get the latest from
What God Wants for Your Life
Sign up for our newsletter
POPULAR AT PATHEOS Progressive Christian
1 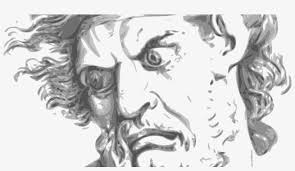