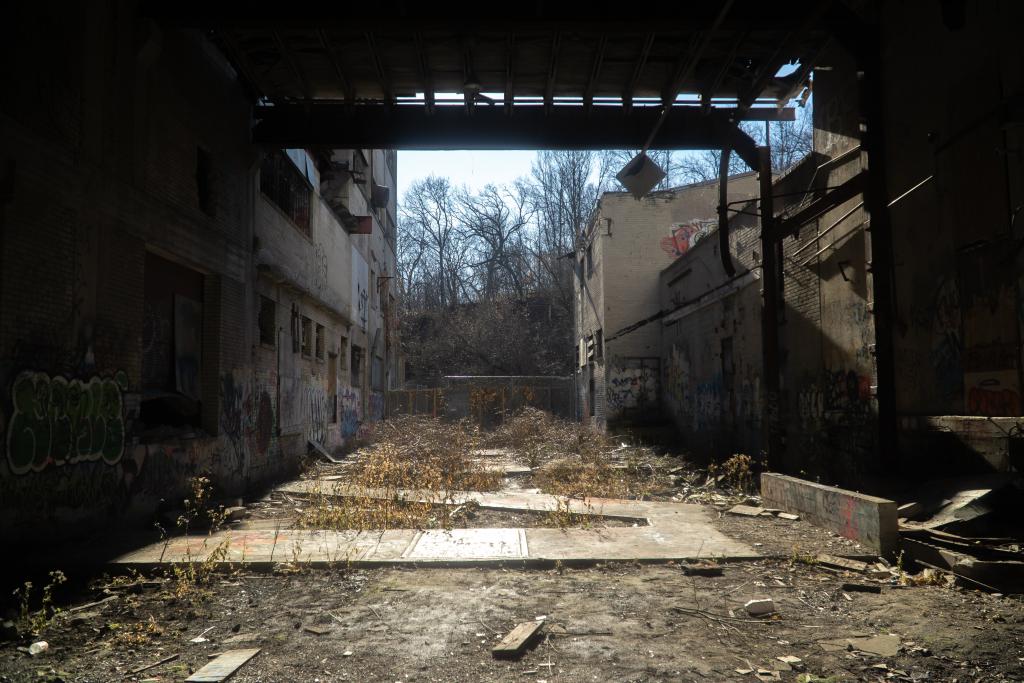 As Jesus came out of the temple, one of his disciples said to him, “Look, Teacher, what large stones and what large buildings!” Then Jesus asked him, “Do you see these great buildings? Not one stone will be left here upon another; all will be thrown down.”

When he was sitting on the Mount of Olives opposite the temple, Peter, James, John, and Andrew asked him privately, “Tell us, when will this be, and what will be the sign that all these things are about to be accomplished?” Then Jesus began to say to them, “Beware that no one leads you astray. Many will come in my name and say, ‘I am he!’ and they will lead many astray. When you hear of wars and rumors of wars, do not be alarmed; this must take place, but the end is still to come. For nation will rise against nation, and kingdom against kingdom; there will be earthquakes in various places; there will be famines. This is but the beginning of the birthpangs.”  Mark 13:1-8

To understand this Gospel reading, we really need a paraphrase.  Let me share my own:

Walking out of the Temple, the disciples said to Jesus, “Look at this terrific building.  It’s our pride and joy.”

And Jesus said, “You are focusing on the wrong thing.  Buildings come and go.  One of these days, this one will be rubble, too.  Giving yourself to God and the work of God’s kingdom is what matters.”

Later, when they had sometime alone, the disciples asked him, “So when are we going to lose our terrific building?  Are there any signs we should be looking for?”

Maybe the passage doesn’t quite say that. The “Jesus wept” part certainly doesn’t appear there.  It comes from John and in a completely different connection.  I couldn’t resist.

But, otherwise, the paraphrase captures the disciples’ failure to grasp the point that Jesus makes and, time after time, throughout the rest of Mark 13 Jesus is forced to remind them, “Wait, watch, be faithful, do the work of the Kingdom.”

As I read and re-read these words this week, I couldn’t escape the feeling that they have become even more relevant than ever for the church.  Along with the rest of the country, we seem to be caught up in the same kind of non-stop anxiety that the disciples display in this story.

The pandemic is partly to blame.  When people sit at home and finish binge watching everything that is vaguely worth viewing, it is easy to begin looking for things to worry about.  And the virus itself has generated no small amount of anxiety on its own.

But the isolation that the pandemic imposed is also partly to blame.   We viewed our neighbors at a distance and the media told us how to think about them and what was going on in their lives.  That wasn’t and isn’t healthy, and it breeds suspicion.  I’ve watched thoughtful, reflective people attribute hateful motives to millions of people with one label, in spite of the fact that no group of human beings is ever that simple or predictable.

Our news cycle is also partly to blame.  Yes, there are thoughtful, wonderful hard-working journalists out there, doing their best to be even handed.  But there really isn’t enough that’s newsworthy to fuel news cycles 24 hours a day, seven days a week and without it, ratings fall.  So, we are also served up a lot of news in the subjunctive mood: “This could happen.  That might happen.” And the annoying little crawler at the bottom of the screens on our televisions constantly screams out, “Breaking News” or “Alert” has a predictable effect.

And, of course, our politics are mainlining anxiety and mistrust.  As a nation we seem to be locked into one of the least reflective, most combative cycles I can remember.  And I am not sure we know how to walk away from it.

The result is that we all seem to be looking for a decisive turn of events.  The ultimate conflict, the final face-off.  And Christians have managed to get it all balled up with their faith, expecting God to be on their side when it is all said and done – whatever that side might be.

From the very beginning, followers of the church have been obsessed with the question of when God is going to wrap things up.  We wondered about it as a church shortly after the Resurrection and that obsession was intensified by the destruction of Jerusalem and the Temple in 70 AD.  We worried about it again at the end of the first millennium.  And we’ve wondered about it at almost every chokepoint in history.  The second World War, the creation of the Israeli nation-state, the threat of nuclear war, and the repeated conflicts in the Middle East were all occasions for apocalyptic speculation.

What is stunning is that in between big events still others of us have persisted in thinking that the end was coming.  William Miller, a Baptist preacher from Massachusetts predicted that the world would end on October 22, 1844, when, in fact, nothing in particular happened at all.  (It was his third effort to predict the end.  Three strikes and you are out.  His followers referred to it as “The Great Disappointment.”)

And fixating on the end isn’t just a religious preoccupation.  Look at our movies, cultural trends, or even analysis of challenges that we face, and you see apocalyptic dread everywhere you look.  If any number of challenges don’t get you, the Zombie Apocalypse will get you.

Apocalyptic dread is so bad, I cut a paragraph from this article that listed all the things we are afraid will be the end of us, knowing that if I listed your fear, that’s the one that one thing that you would tell me we really should be afraid of.  So, apologies to those of you who were mostly concerned about Zombies.  They were an easy target – I hope.

Why do we fixate on the end of all things?

The great Christian philosopher, Søren Kierkegaard, argued that it is because we live uneasily with our power to choose, and there is certainly something to that.  We have so many choices that we can make that it is all but impossible to know what their consequences will be.  I think we intuitively want to rush to the end to see how it all works out.

But, ultimately, I think that we also fixate on getting to the end of everything because we refuse to acknowledge a simple fact: There is a God and we are not.  We do have the power to choose, but if we don’t choose in conversation with God, there is no possibility of being at rest, of living in confidence, of finding peace.

So, we fixate on the end, and we fixate on who will be left behind – and who is wrong – because it is easier than the simple, mortal business of listening to God – of waiting, of watching, of keeping the faith, of working for the Kingdom.  Focusing on whether other people are faithful, longing for the judgment of others, dodging the simple – daily – resolute effort to listen for the voice of God is just easier.

It is the greatest of all temptations.  It is also the path to separation from the work of God and a life of dread and anxiety.

Think back through your life or the history of the church’s saints, and I doubt that the people who matter to you are the ones who screamed “the end is near.”  I am fairly sure that most of you have never heard of William Miller.  I am certain that you have never heard of Heriger of Lobbes or Abbo of Fleury.  The people you have heard of are people like Augustine, St. Francis, William Wilberforce, Martin Luther King, Mother Teresa, and Desmond Tutu.

Why?  Didn’t they believe that God is control of history?  Yes, they did.  But they also believed that our ability to choose can only yield life and healing if we make those choices in conversation with God.

Recently a friend of mine, Al Staggs, posted a tribute to his sister.  His tribute bears repeating, because her choices are much like the choices we are called to make:

Like so many Baby Boomer boys in the 50’s, I was struck by the images I saw of Marilyn Monroe. At around my eighth year, it was obvious to me that my sister, Martha Frances, was growing up to be another Marilyn. Perhaps she was dolling herself up more or the fact that as I matured I was paying more attention to “girls.”

My beautiful sister left home in the fall of ’54, eloping with a handsome young man six years her senior, just after graduating from Jacksonville High School. Though only eighteen, life had given her lessons that became the crucible of her early womanhood. She was the oldest of the five…children and thus took a disproportionate share of caring for her four siblings during those the absences of Dad and Momma when they were either working or one of them was absent, Dad being “dried out” at that State Hospital for alcoholism or Momma receiving necessary psychiatric treatment as a result of having to take care of five kids and an alcoholic, drug addict, abusive husband. Being the oldest child, Martha took the brunt of Daddy’s brutality in physical and emotional abuse. All of this made her a strong and tough beauty who could order a big bully on our school bus ride to “get up and give me that seat” when there were no open seats available. When she was in the seventh grade, her third-grade brother, Tom, was sent to the principal’s office to receive a paddling for something he did not do and Martha, his attorney, flatly told the principal, “you will NOT paddle my brother!”, and he didn’t.

Martha passed away last week at 85 years of age. How I miss my beautiful sister, an ever-present source of encouragement to me through all of the chapters of my life. As I reflect on her journey as a woman who was compelled to become an adult at so young an age, a woman whose life was touched by severe abuse and considerable deprivation growing up in our eight-hundred square foot house in rural Arkansas, I marvel at the beauty of her soul as she came closer to the end of her pilgrimage on earth.

What struck me about Al’s tribute to his sister was the simple, faithful, giving life that he describes – the mortal business of listening for the voice of God.

So, my prayer for you is this:

Photo by Quinn Burman on Unsplash

November 9, 2021
What should the church learn from navigating Covid?
Next Post

November 18, 2021 Mark Driscoll, What Went Wrong at Mars Hill, and What We Can Learn
Recent Comments
0 | Leave a Comment
Browse Our Archives
get the latest updates from
What God Wants for Your Life
and the Patheos
Progressive Christian
Channel
POPULAR AT PATHEOS Progressive Christian
1 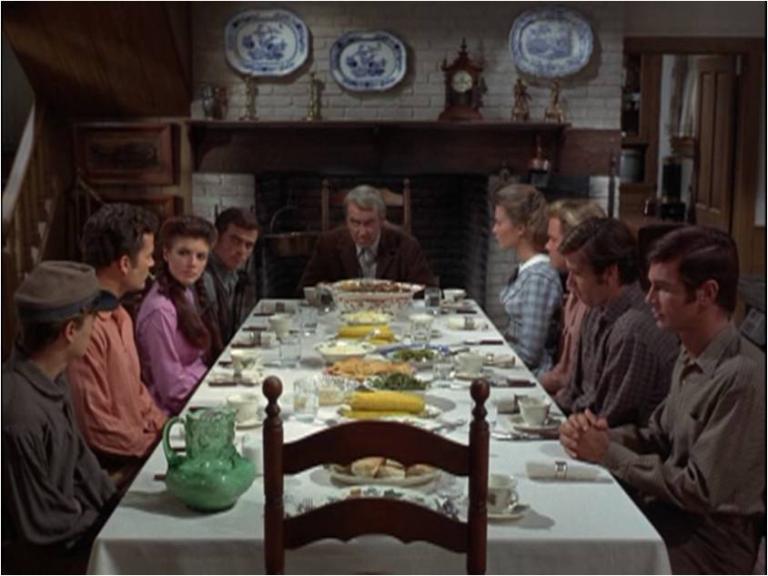 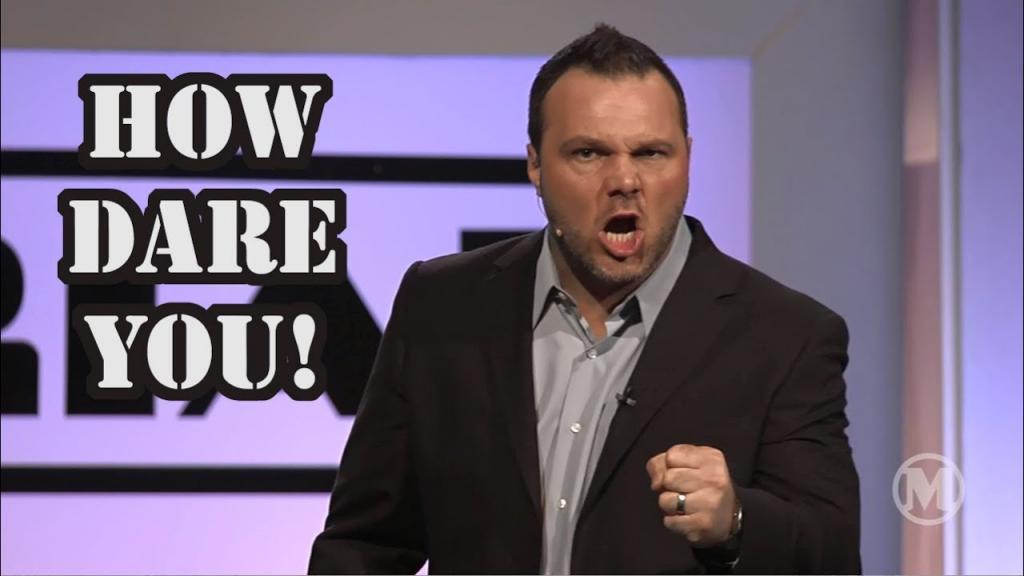 Progressive Christian
Mark Driscoll, What Went Wrong at Mars Hill,...
What God Wants for Your Life 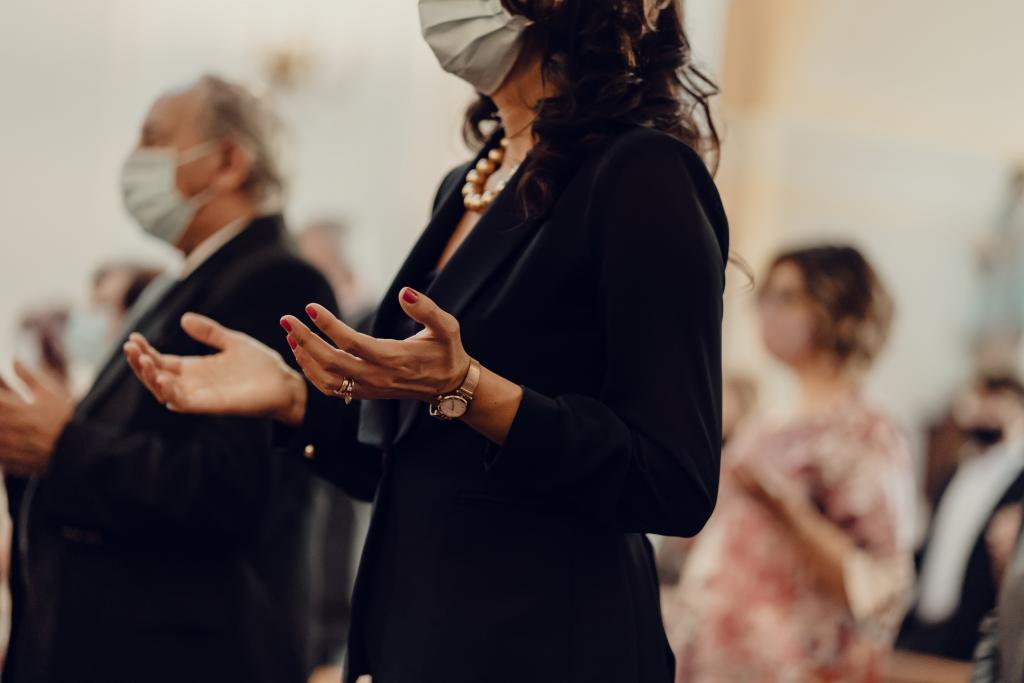