He responds to my touch. I can lay my hand over my belly, and he’ll start kicking it. Like he’s giving me a high-five. He does the same with Paul.

He dances when his daddy plays guitar…until the song lulls him to sleep.

He wiggles around, as if trying to find the most comfortable position to sit and listen, while I read to him. Right now, we’re at chapter 8 of the book of John, and judging by the words he reacts to, we’re going to have to spend some good time explaining that when he takes communion, he’s not actually eating flesh or drinking blood. No, my beloved son, Jesus did not make us a church of vampires.

Some days, he just plays all day long, and I feel the little kicks and jabs here and there and everywhere, reminding me that he’s becoming.

And it seems that he’s developing either a strong affinity toward or against (I can’t be sure) spicy foods. One bite, and he’s squirming everywhere.

I don’t know him, but I know him. I have no idea what shape his personality will take in the years to come.

I don’t know if he’ll love math and science (What!? Who’s child can this possibly be!?! The son of two musicians is an astrophysicist!?), or if he’ll write books or songs or nothing at all.

I don’t know if he’ll be a desk philosopher or a hands-on build-it man.

Maybe he’ll love the theater like his father, or being the class clown (in a good way) like his big brother Matt, or maybe he’ll be an imaginative over-achiever who exaggerates everything like his mother (please, God, not that!).

I don’t know any of this, and it sometimes terrifies me.

But there’s one thing I know, and this is a truth I’ve never experienced more powerfully or profoundly until now: No matter what he is, who he is, where he goes, or what he does, I long and ache for him to know and be transformed by the love of Jesus.

I want him to know in his bones that he was created to see and know and love his Maker, all because his Maker sees and knows and loves him infinitely.

I’m equal parts excited and terrified of this great task of teaching him these things without forcing him to see what he’s not ready to see. What is this profound calling, to shepherd a child, and how will I ever be equipped to do it well? Where do I even begin!?

And if I, a simple, sinful human can love him so deeply already…

I simply cannot begin to fathom the love God has for him.

And I am altogether stunned to consider how deep is the Father’s love for me in giving me this unspeakable gift of bringing a person into the world.

Oh, that I won’t do him wrong.

Sorry Christians, You're Reading Hebrews All...
Keith Giles
Related posts from Who We Choose To Be with Amy Courts 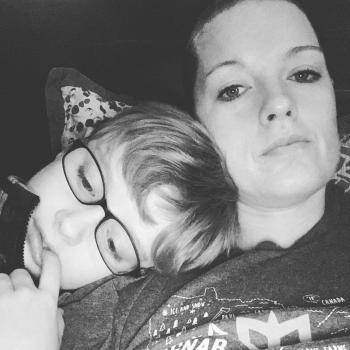 Progressive Christian
When Trauma Comes to Visit (Write a New...
Who We Choose To Be with Amy Courts 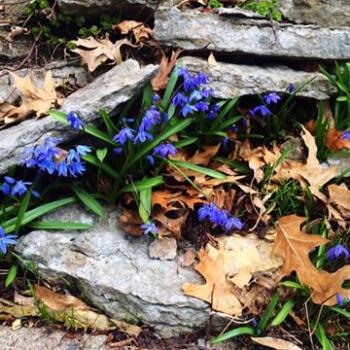 Progressive Christian
No Longer Anonymous & Silent: Jessy shares her...
Who We Choose To Be with Amy Courts 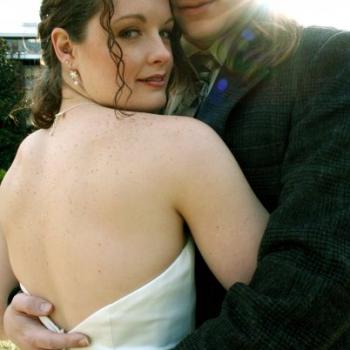