You may remember that over the last couple years, I’ve shared blogs in the past either written by or about an unnamed, anonymous friend who suffered extreme sexual violence at the hands of close family for years growing up, the worst of which began at 4 years old when her grandfather first raped her.

Over the last months / year, she’s climbed mountain after mountain and come to a place where she’s ready to speak out loud, to tell the truth of her trauma, without hiding her identity.

This is such a huge and powerful step for anyone who’s endured sexual violence not least because of the shame inextricably tied to victimhood, but also because the victim’s voice is repeatedly stolen. Along with everything else they’re forced to do and participate in, they’re forced to protect their abusers as well.

So much of overcoming victimhood is taking back the power to own the story, be the hero, and lay waste the villain.

Here’s Jessy’s story in her own words. Under the light.

I hope you’ll listen closely. I hope you’ll share far and wide so she is heard, and so others like her are given permission to tell their stories in their own voices.

It is better to speak
remembering
we were never meant to survive. -Audre Lorde

As one of my favorite writers and thinkers, I often revisit the wisdom and challenge of Audre Lorde. For those unfamiliar, she was a gay black womanist poet, essayist, and activist. You can imagine that she writes with unsurpassable authority on what it means to survive when the very system is stacked against you.

I struggle to use Lorde as the basis of a piece about my own survival because as a white woman, I do not want to co-opt her words to explain my own experience. I can not know what it is to live as a black woman; I can only grasp some of what it means through the subversive power and the heartbreaks in voices of women like Audre. However, I can speak to what it is like to survive in the margins, not just of society, but from the very foundations of life and family.

In her essay, ‘The Transformation of Silence Into Action,’ she states, “In the cause of silence, each of us draws the face of her own fear — fear of contempt, of censure, of some judgment, or recognition of challenge, of annihilation. But most of all, I think, we fear the visibility without which we cannot truly live. And that visibility which makes us most vulnerable is that which also is the source of our greatest strength.” I read this in juxtaposition with her great poem “A Litany for Survival,” and I see myself “at the shoreline standing upon the constant edges of decision crucial and alone….”

AND it’s in these vast oceans of silence, where I’ve made an art of survival.

You see, I was born into a system, a family, whose very history is fraught with the most insidious abuses; kept in the secret and in the dark. When you come into a world like that, you lose your power and your voice before you can even walk. Even as I took my first steps and learned my first words, how was I to know that a monster would step out of a closet and snuff out my life before it began?

Beginning at the age of four and lasting for the next eight years, every last breath of my life was raped from me. Even when the actual terror stops, you do not just go on living. There is no life after such horror, only what existed before and the fragments of who is left after. AND the truth is if there was anything left of you, in a system like that, you become the problem because your very existence exposes every other piece. BUT you grow silent and numb, because even if only in physical existence, you learn to survive any way you can.

So I fought. I spoke up. I became disruptive. I self-destructed. There’s only so much a child can do, and eventually I bought into the lies that I was the problem. So I grew silent. I feared more loss; I’d already lost so much. I knew the truth: you can’t live apart from community, and in systems such as this, you believe there is no one else. I did what I had to to do to make it through and in so doing, lost every last piece of myself.

Despite some achievements that on the surface point to one who’s overcome, a closer look reveals an ugly truth: I scratch the surface of my pain and realize that fear and heartache still controls my every move, and I wonder if I will ever be free.

As I consider how the treacherous conundrum of the past can be navigated, I turn back to Audre Lorde. From her essay, ‘Poetry is Not a Luxury,’ she argues “when we view living only as a problem to be solved, we then rely solely upon our ideas to make us free.” She goes on to say in one powerful passage that it is not in the “drug” of a new idea that saves, but instead the creative, liberative power of feelings shared and voiced in community that brings about freedom. “I feel therefore I can be free.”

In her powerful words, I see a call to freedom not necessarily in things actively getting better, though one hopes, but in letting out our hearts cries. Mine: I am not a problem to be solved, but a woman worthy of love and worth being heard in a world built to drown me in silence. I know the road is fraught with peril when speaking truth over and against a system meant to break you. However, there will be other voices, too, who come along side and join in “for all of us this instant and this triumph” who also were never meant to survive.

In our society we are often expected to just get over our grief or look past the abuses committed against us. What’s done is done. Just focus on the positive. But the truth is sometimes we face impossible losses; however, we can gain a new level of awareness just by shining a little light in. In turn, we begin to see through the cracks.

I don’t know that I hold fully to redemption, at least in the narrative that wholeness or healing after such horrific trauma can ever be attained. However, I do think it occurs in the smaller, mundane moments of living. I find it in: the first notes of a songbird after the quiet of a long winter, the frail purple bloom of a flower emerging from the cold hard ground, in the soft, knowing eyes of a horse or a cat, running and getting lost on deep forest trails, listening to music, playing cards with a client or painting a room with a friend. All restore a sense of connection and okayness in a world that often makes us feel less than.

AND therein lies the crux of what I’ve come to believe. If we do not allow ourselves to feel whatever it is we need to feel we lose ourselves. If we listen to the voices that tell us how we should act or to keep silent never speaking the truth of our existence, then we can only always be our fear. We lose out on the very things we desire like love and friendship. AND if we were never meant to survive as “A Litany for Survival” so eloquently posits, then we must speak our truths, no matter how devastating. We learn to sit with others in their pain. We drop our expectations of who we think they should be or how they should act because none of us know who we would be in the face of such ruin. Instead, their song becomes our song and we lift our voices together.

A Litany for Survival
Andre Lorde

For those of us who live at the shoreline
standing upon the constant edges of decision
crucial and alone
for those of us who cannot indulge
the passing dreams of choice
who love in doorways coming and going
in the hours between dawns
looking inward and outward
at once before and after
seeking a now that can breed futures
like bread in our children’s mouths
so their dreams will not reflect
the death of ours:

For those of us
who imprinted with fear
like a faint line in the center of our foreheads
learning to be afraid with our mother’s milk
for by this weapon
this illusion of some safety to be found
the heavy-footed hoped to silence us
For all of us
this instant and this triumph
We were never meant to survive. 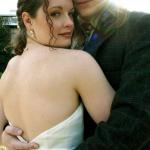 March 2, 2016
A Decade of Marriage Means I'm Qualified To Tell You These Things
Next Post

June 1, 2016 When Trauma Comes to Visit (Write a New Song)
Recent Comments
0 | Leave a Comment
"There is no god."
Nixon is Lord Choose Life or Choose Republicans. You ..."
""If there is one person in your life who deserves to walk on the softer ..."
Austin A Decade of Marriage Means I’m ..."
"You celebrated something other than Christmas."
Nimblewill My First Christmas Without Jesus
"what is gaslighting?"
john ramsbottom The Terrifying Call of Christ’s Resurrection
Browse Our Archives
get the latest from
Progressive Christian
Sign up for our newsletter
POPULAR AT PATHEOS Progressive Christian
1