A Decade of Marriage Means I’m Qualified To Tell You These Things March 2, 2016 Amy Courts

Husband and I have now been married for ten years.

Over the past ten years, I’ve been contemplating and collecting thoughts about what I’d say if and when Paul and I reached the Decade marker in our marriage. I decided a while ago that if we made it to ten years we’d be a Legit Married Couple. Because listen: Ten years is a long time, and a lot of shit comes up over that time. I figured if we made it ten years, we’d have some Real advice to give young couples on what to expect from marriage, and what to do when the bottom falls out (because it will).

I have many stories to tell.

About the highest points on the tallest mountains and the glory of the Lookout. About the coldness and darkness and loneliness and hopelessness of the super dark and terrifying valley when it feels like death is poisoning your marriage.

Lucky for you, I’ve boiled ten years down to three major points and some light housekeeping.

Oh. And quick aside: While I don’t presume every married couple are Jesus followers, for those who are, everything I’m about to say is predicated on the assumption that Jesus is True North on your compass. Your spouse is with you on the adventure through this meandering jungleous territory; Jesus is your guide. You’re partners following One.

So the Superseding Point Above All: Keep Jesus as your one and only God. Do not make your spouse your god, or you will be grievously disappointed and ruined. Seriously. Don’t do it.

1. ON FIGHTING: Nobody tells you this – or maybe it’s just that nobody told ME this – but it’s important, maybe most important: At some point, you will have such a massive fight, a colossal, feels-earth-shattering falling out, that you will think you’re the only couple in the history of all time to ever fight like this or deal with this kind of scandal. It will make you believe your marriage is different; that it is so deeply and irrevocably flawed that it cannot survive. You will look at couples around you and think, “Sure, we all argue and fight and have our shit. But only we are facing this.”

Listen to me. Take this in, and hold it close. This is your life jacket, okay?

And most importantly: This is normal.

But it is, and that is so important to remember because it will help you to not give up.

That’s not to say it’s healthy. It’s almost definitely not healthy (unless you’re one of those couples who argues really sweetly slash doesn’t argue at all and then you have a minor little spat and you’re like OH MY GOSH WHO DID I MARRY!? Then your arguments are healthy but – and I say this with all sincerity – your lack of fighting my be unhealthy. But anyway…).

And keep one on call for yourself too.

This is the true thing I can tell you:  All of that is real. Everything, and I mean everything, is going to change.

Your sex life is going to be way different than it ever was before. You’re gonna have less of it. It’s gonna have to be quieter (unless you’re creepy and think it’s fun to make your kids listen to you having sex. In which case, as I keep saying, hire a therapist.) Sometimes, maybe most of the time, you’re gonna have to schedule when to do it. Seriously. And that’s okay.

You’re not gonna be sleeping anymore. Baby is gonna wake you up at all hours of the night, and it’s not gonna stop when she’s in her own room, because nightmares happen and noises happen and sick happens and kids who want to cuddle with mom and dad happen.

But listen to me: When I say everything changes, it changes for the better. If and when you choose to have kids, it will strengthen your marriage, because you’ll be partners in raising this little human that was literally made from Love. You won’t ever want to go back. You may look back on pre-kid days and remember them as joyful, fun, spontaneous days that you loved and are so glad you had. (And please. Please please please take time for your marriage, because that Just Us time is holy.) But you will never want to go back.

Unless you had a baby to fix your marriage.

Don’t ever be so stupid as to try and fix your broken or breaking marriage by having a baby. Instead of having a baby, HAVE A THERAPIST. I am so serious about this.

Now, once you’ve had your amazing baby and everything has changed…

Show each other affection often, and in front of your kids.
Gross them out.
Make them go “ewwwwww! Get a room you guys!”
Be good wives and husbands because your kids are learning how to love and be loved by a Lover by watching you.

And here is the Truest Truth I’ve ever heard, and my daddy told it to me long ago:
The most important gift you can give your kids is love for each other.
So always, always put each other first.
Always.
Your kids don’t need to be your sun and stars, the thing you orbit around and hang on for Life.
Plus, putting kids at the center is way too much pressure for them.
They need to be free to hang on you.
Don’t ever hang on them. Ever. Ever ever ever.
Also, your kids don’t need stuff; they need stability.
And speaking as one whose parents literally went through hell and back a dozen times over some pretty major things, I know this is True.
Your child doesn’t need a fancy house or organic food or the best schools or financial stability, though those are all nice things.
They need their parents.
Stable marriages make stable parents make stable kids.

Love each other fiercely.
Be unwaveringly selfless.
Apologize quickly.
And be the first to apologize. Don’t wait for your spouse to say she or he is sorry first.

This may be an unpopular point, but I believe it with everything in me:
Lay down.
Lay yourself down for your spouse.
Let yourself be walked on.
If there is one person in your life who deserves to walk on the softer ground of your back or belly, rather than the rocky ground beneath you, it’s the person you’ve given your life to, and who’s given their life to you.
Be willing to give up your comfort; be willing even to be pained and splintered to spare them the pain and splinters.
You can do this thing.
It is hard and painful and awful, and it bears the most wonderful fruit.

Do not punish or resent your spouse for having a bad day, week, month, or season.
Instead, be their respite. Their resting place. Their safe place to be broken and hurt.
Be the place where they can be their absolute worst, while you remain your absolute best.

Also, don’t be the reason they’re having a bad day, week, month, or season.

When push comes to shove (not physically – don’t ever tolerate physical violence or aggression; Duh.)…
When you’re at the point where you cannot give any more of yourself to your spouse, and they cannot give anything more to you, pour into your marriage.
Because this union is holy. It is sacred.

When you can’t be For Each Other, you can be For Your Marriage.

Drink morning coffee together.
Kiss each other hello and goodbye.
Say “I Love You” often.
Say “I was wrong” often.
Make dinner together.
Go on dates.
Hold hands.
Make out in the car and in the shower.
Smile at each other.
Talk about real things.
Communicate.
Strive to understand rather than to be understood.
Undress in front of each other, and praise each other’s bodies.
Don’t entertain the thought of any other person. (The grass is never actually greener, okay?)
Make long, exhaustive lists of each others strengths,
Highlight them often,
Add to the list daily,
and
DO NOT MAKE LISTS OF ANYTHING ELSE.
(Get me here? No record keeping, people. Do not keep records of wrongs.)
Watch movies you don’t want to watch just because your spouse likes them.
Look at each other across a crowded room, and wink.
Praise each other in front of other people.
Never, ever, ever mock or degrade one another in front of other people.
Create the kind of marriage you want your kids to have when they’re grown up.

And don’t give up.

December 9, 2015
Franklin Graham, Amygdalas, and the Futility of Fighting with Fear
Next Post 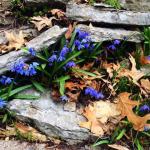 May 13, 2016 No Longer Anonymous & Silent: Jessy shares her story of sexual abuse
Recent Comments
1 Comment | Leave a Comment
"There is no god."
Nixon is Lord Choose Life or Choose Republicans. You ..."
""If there is one person in your life who deserves to walk on the softer ..."
Austin A Decade of Marriage Means I’m ..."
"You celebrated something other than Christmas."
Nimblewill My First Christmas Without Jesus
"what is gaslighting?"
john ramsbottom The Terrifying Call of Christ’s Resurrection
Browse Our Archives
get the latest from
Progressive Christian
Sign up for our newsletter
POPULAR AT PATHEOS Progressive Christian
1

Evangelicals Are Attracted to Conspiracy Theories—Why?
Divergence
Related posts from Who We Choose To Be with Amy Courts