I Am the Welfare Queen Your President Condemns 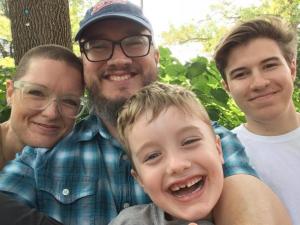 HERE IS THE TRUTH ABOUT WELFARE QUEENS LIKE ME:

Collecting food stamps, unemployment checks, and medicaid insurance isn’t taking a handout. It is literally making a withdrawal from an account into which we’ve been collectively investing all our working lives.

I will tell you a story to demonstrate this reality, but first let me tell you why this matters: Because for as long as I can remember, Republicans and so-called fiscal conservatives and Christians have decried social safety nets like food stamps, WIC, head start, medicaid/medicare/social security, and section 8 housing as handouts for freeloaders. They have preached and worked to build a bootstraps theocracy (rooted in white supremacist and manifest destiny ideologies) which ironically amount to nothing more than a Darwinian survival-of-the-fittest wealth-based economy that discards the poor and worships the rich.

But it’s a garbage ideology built around the total lie that these safety nets are undeserved freebies to lazy ne’er do wells who’d rather take than work.

As evidence I present to you my own story: On January 1, 2017, my husband Paul’s position was eliminated from the company he’d worked at for ten years, and he was given a choice: We could either sell our house, take Eli out of school, and move back to the southeast region for him to take a similar position in the company. Or we take a five-month severance package with benefits, after which Paul would be eligible for six months of unemployment. 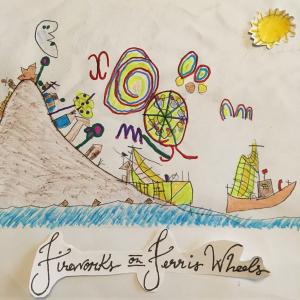 For obvious reasons — not the least of which being that selling/uprooting/moving would have had to be done *immediately* leaving us no time to actually make the seismic shift — we took the severance package and used those paid five months to make the collaborative record we’ve been wanting to make forever. (It’s finished and out now, by the way — available here and here and a bunch of other places.)

Ever since severance ran out, Paul has been collecting unemployment and we’ve been insured through MN-Care (medicaid). Now that unemployment is almost up, and since I’m working part-time at a non-profit while he works from home writing a book and trying to lift our band off the ground and give it wings, I’ve recently been looking into SNAP (food stamps) benefits.

Thanks to the 20 years of white supremacist bootstraps theology and policies I was raised (and braised) in — inherent to which are the ideas that responsible citizens and righteous Christians don’t ask for government cheese — I have to actively resist feeling shame at the thought of collecting benefits to cover relatively small living expenses after taking a 75% pay cut to pursue non-profit community organization work and professionally make art for the world. We aren’t lazy. But more importantly:

Collecting welfare benefits is not taking a free handout from hardworking taxpayers, but making a withdrawal from an account into which we’ve been collectively investing with every hard-earned paycheck since we took our first jobs at 14- and 15-years-old.

What’s most frustrating about all of this is how the very same folks on the Right who bemoan and condemn welfare, medicaid, single-payer healthcare, and other tax-payer funded social safety nets simultaneously sing the praises of Medi-Share healthcare programs which function the exact same way! Except instead of the money being pooled and named “taxes” — which pays for everyone’s healthcare needs — the money is collected into a private pool which then pays its members’ medical bills.

All I’m saying is that all these “fiscally conservative” yappers accomplish by de-funding social safety nets is allowing our collective investment accounts to be drained and their holdings handed off to the uber-wealthy.

And screw that a hundred ways from Wednesday, okay? 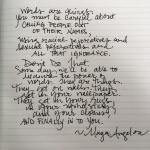 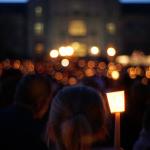