Will You Be Aware of Your Own Awakening?

Will You Be Aware of Your Own Awakening? February 12, 2018 Dosho Port 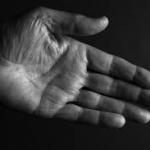 This past week, I received an email from a Sōtō Zen priest who trains under the guidance of good friends. “Does kenshō need to be realized by the discriminating mind?” he asked.

I figured he was probably thinking of how practitioners ripen differently, some more prone to sudden experiences, while others seem more predisposed to the gradual process of steady cultivation. And perhaps he was thinking of Dōgen’s passage in “Genjōkōan,” “We should not think that what we have attained is conceived by ourselves and known by our dis­criminating mind.”

Before I share my response, a quick “kenshō” review.

The way Hakuin used the word, kenshō refers to an abrupt experience of nonduality, “as clear as the palm of your hand,” he frequently said. People often report that while kenshō-ing is startling, it also seems intimately familiar. Another important aspect, as Hakuin put it, “You will experience a joy of unprecedented depth and intensity. You will soar like the phoenix when it breaks free of the golden net, like the crane that is liberated from its pen” (1).

With kenshō, nondual embodiment, nothing is left out. That includes the discriminating/divided mind. Indeed, through the kenshō experience, the divided mind is healed and we realize that it isn’t the problem after all. The Heart Sutra supports this view from beginning to end: “Avalokiteshvara Bodhisattva, when deeply practicing prajna paramita, clearly saw that all five aggregates are empty and thus relieved all suffering.”

The Heart Sutra doesn’t say that Avalokiteshvara saw that four aggregates are empty. But one, consciousness (aka, discriminating mind) is clueless.

So in answer to the above Zen priest’s question, I responded, “Yes, the discriminating mind is realized through kensho.”

If someone were to say “No, the divided mind is not included in nondual kenshō-ing,” I’d wonder if their awakening was limited, so as not to include the self and the 10,000 dharmas. Maybe their “kenshō” was a trance state apart from our belching, farting, divided world. This is important, because if the divided mind is left out of kenshō, how you going to make it work in daily life?

Unfortunately, in modern usage, kenshō, and more frequently, “awakening,” are terms used to refer to the gradual process of the transformation of consciousness, usually before or instead of a sudden and distinctive awakening, as well as to abrupt experiences of nonduality. Although gradual cultivation before and after kenshō is a vital part of the Zen path, in my view, it doesn’t serve practitioners or the buddhadharma to conflate gradual transformation of consciousness with sudden kenshō.

The Mahayana classic, The Awakening of Faith, has something to offer here. The text is short and sweet with crisp and clear definitions. It says, “Two relationships exist between the enlightened and unenlightened states. They are ‘identity’ and ‘nonidentity'” (Hakeda translation, pp. 45-46).

So kenshō and the divided mind are the same and they are different.

In terms of nonidentity, The Awakening of Faith continues, “Just as various pieces of pottery differ from each other, so differences exist between the state of enlightenment and that of nonenlightenment….”

So, again, conflating kenshō and nonkenshō is one aspect – they are the same. The other aspect, though, an aspect unappreciated in too much of contemporary Sōtō discourse, is that they are different.

Back to the question in light of Dōgen’s teaching

What about the Dōgen’s passage from “Genjōkōan” quoted above? “We should not think that what we have attained is conceived by ourselves and known by our dis­criminating mind.”

Dōgen seems to be talking mostly here about the importance gradual cultivation. I think of another Dōgen phrase, “Walking in the mist, suddenly your coat is soaked through.” Suzuki Roshi elaborates:

“So Dōgen-zenji says our practice is like to go through the fog.  It is not like to go out in thunderstorm [laughs].  If you go out in heavy rain, your clothes will be all-at-once wet.  You will be soaked in water, but sudden rainstorm will not penetrate in your, you know, underwear.  It will [laughs] [probably gestures to show water running off a surface]—but fog—when you walk through the thick fog for a long time, even though you don’t know—realize your clothing is wet, it is wet, and it will penetrate into your underwear.  This is the true practice.  You don’t think you made some progress, but [laughs] you did a remarkable progress if someone who knows what is real practice will acknowledge it” (2).

“Walking in the mist” (or fog) refers to the steady process of daily sitting, reflection, and application. “Suddenly your coat is soaked through,” is kenshō. And it’s an important thing to check with “someone who knows real practice.”

Shifting metaphor, gradual cultivation is like turning the lid on a Mason jar. Who knows where we’re at in the process? Then suddenly it pops off.

In other places in the Shōbōgenzō, “Self-Realization Samadhi (Jishō Zammai),” for instance, Dōgen insists on the importance on an abrupt nondual kenshō. He challenges his favorite nemesis, Dàhuì, for instance, for not having had a sufficiently unitary kenshō experience.

The Tanahashi translation has a key passage of Dōgen’s criticism like this: “Although [Dàhuì] often tried to open up for one phrase of enlightenment, he was lacking a single experience. He could not take hold of or drop away from this single experience” (3).

While Nishijima and Cross have it like this: “[Dàhuì] ultimately kept missing that one experience, and there is no way of compensating for that, for one cannot omit that experience…. He did not grasp that to study and train is to awaken to one’s True Self. He did not hear that to delve deeply into the writings of myriad generations is to come to realize what that Self truly is.

(1) Complete Poison Blossoms in a Thicket of Thorn #8

(4) Shobogenzo, “Jishō-zanmai: Samādhi as Experience of the Self,” Nishijima and Cross, p. 48

February 5, 2018
Tears of Love, Tears of Resentment
Next Post

Buddhist
Break Through Is A Must: More On The...
Wild Fox Zen
TRENDING AT PATHEOS Buddhist