The short passage that I’m sharing today comes from Dōgen’s Extensive Record (Eihei koroku), V8.14, like the recent post, Dogen: Find a Good Teacher, Ask For a Koan, Break Through.
Intended for householders, this snippet is a powerful summary of the Zen path. I’ll first share my translation, then highlight a few elements of the passage.

“Vigorous people who study and practice Zen: You absolutely must meet a dharma teacher who, through right view, embodies the Way. Then stay close and serve them for three-five years. Ask for their instructions for body, speech, and mind; carefully, precisely follow their instructions for body, speech, and mind. First, awaken ‘withered tree, dead ash.’ Next, use a bamboo staff and all day long, month after month, knock it all into one. Round and smooth like a pearl rolling without exhausting the limits. How would one not become a true buddha lion?!”

Click here to support my Zen teaching practice at Patreon of which translations and writings like this are one facet. You will also find an advertisement free version of this post there too.

First, it is notable that Dōgen encourages householders to work closely with a teacher and that he seems confident folks in this lifestyle can become true buddha lions. No small thing.
Second, it isn’t just about meeting a teacher, but staying close and serving them. Nowadays, with the commodification of the most things, including the buddhadharma (and the teacher-student relationship), this really stands out. Many people now regard a Zen teacher less like someone they serve and more like an employee whose job duties include making life easier, or more meaningful, or somehow more special for the student. An all too common attitude is, “Hey, I pay my money, now your job is to confirm my delusions and selfishness.”
Dōgen’s time range for this work of meeting, serving and awakening is three-five years. This strikes me as a low bar – it takes longer than that for most people and it certainly did for me. Dōgen, though, was with his main teacher, Rujing, for about that long, so maybe that’s his frame of reference. Perhaps three-five years is fitting for the very best horses who run even at the shadow of the whip.
But the most curious point here, I think, is that Dōgen is writing a dharma discourse (and then reading it, apparently) to his major patron and the patron’s friends who are all householders with really demanding day jobs. Earlier in this dharma discourse, he refers to his audience as “ministers and generals.” Are ministers and generals going become monks, or at least physically stay close with Dōgen at Koshōji or Eiheiji for three-five years?
Maybe some will, but if Dōgen’s prescription is aimed at a householder audience, then “stay close and serve them” might have some other meaning. Perhaps he’s saying “be as close as you can.” But that feels like a dodge.
Perhaps he’s referring to the closeness and service that comes from following through with the prescribed practices of body, speech, and mind – seeing with the same eyes, hearing with the same ears – whether we are in the same building with our teacher or not. If that was Dōgen’s intent, then our present model of online training certainly also allows for “stay close and serve them….”
Third, earlier in this discourse, Dogen recommended that students first find a teacher, then ask for a kōan. Here Dōgen repeats the admonition to find a teacher and offers an example of a keyword from a kōan, “withered tree, dead ash,” as if this is what he offers students.
With “withered tree, dead ash,” Dōgen seems to be employing a saying of Shíshuāng Qìngzhū (807-888). Shíshuāng was a third generation successor of Shítóu Xīqiān (700-790), who once said, “Stop; rest; one nen, ten-thousand years; become cold ash, withered tree; practice going as one strip of white.”
This phrase is also included in an important kōan we now deal with deep into the Harada Yasutani shitsunai, in Record of Going Easy, Case 96: Jiufeng Does Not Agree.
Dōgen, as you may have noticed, switches the order of the tree and the ash, and rather than “cold ash” has “dead ash.” What can I say? He was one helluva quirky guy who seems to flown along depending on his incredible memory.
Other examples like this come to me from Daidō Loori Rōshi. When he was translating The True Dharma Eye, he confided that Dōgen’s kōans had regular, small differences from any of the original sources for the kōans that we have today. Some of the changes seemed to have significance and intention, others, not so much – more like memory blips. The case of “cold ash” or “dead ash” seems to fall in the latter category.
Another possibility is that Dōgen is thinking about another kōan. But for keyword practice, it really doesn’t matter. Just “awaken ‘withered tree, dead ash.'”
Shíshuāng’s saying, including the snippet “withered tree, dead ash,” is sometimes regarded as an expression of deep absorption (aka, samadhi), the one color gained through completely surrendering to the form of zazen. By the way, “withered trees” is also the name given some ascetics who sat in meditation, never lying down, like petrified rocks and withered trees.
Dōgen, though, urges his listeners to “awaken ‘withered tree, dead ash.'” So rather than a one-chopstick dharma of absorption, Dōgen teaches the same wisdom-absorption (prajna-samadhi) that Hóngzhì Zhēngjué (1091–1157) and Wànsōng Xíngxiù (1166–1246) present in Record of Going Easy, Case 96: Jiufeng Does Not Agree. It is also in accord with the Sixth Ancestor’s statement in the Platform Sutra, “The words ‘samadhi’ and ‘prajna’ are different, but samadhi and prajna are one essence and are not two” (trans. Alan Gregory Wonderwheel).
Dōgen continues, “Next, use a bamboo staff (Japanese, shippei) and all day long, month after month, knock it all into one.” “Next” here is important. First, awaken, then next comes the post awakening practice of integrating that awakening through the nitty-gritty details of daily life.
The shippei, by the way, is about three feet in length with a slight bow. It is made from bamboo splints and wrapped together with wisteria – entangling vines, one might say. In modern times, it is the staff used by the head monk to knock the floor when they meet students for dharma encounter.
But in Dōgen’s time, the shippei was probably the staff held by the dharma teacher (like himself) when giving a dharma discourse, knocking the floor to make a point. If so, it was the implement at hand, meeting and becoming one with the body, speech, and mind of just now. Dōgen uses the shippei as the embodiment of that process of becoming one, for the dharma implement of body, speech, and mind to meet and knock the separation outta body, speech and mind.
Finally, the fruit of mature practice: “…round and smooth like a pearl rolling without exhausting the limits.”

Dōshō Port began practicing Zen in 1977 and now co-teaches with his wife, Tetsugan Zummach Sensei, with the Vine of Obstacles Zen, an online training group. Dōshō received dharma transmission from Dainin Katagiri Rōshi and inka shōmei from James Myōun Ford Rōshi in the Harada-Yasutani lineage. He is also the author of Keep Me In Your Heart a While: The Haunting Zen of Dainin Katagiri. Dōshō’s translation and commentary on The Record of Empty Hall: One Hundred Classic Koans, was published in 2021 (Shambhala). His third book, Going Through the Mystery’s One Hundred Questions, is now available. Click here to support the teaching practice of Dōshō Rōshi.

January 17, 2023
Dogen: Find a Good Teacher, Ask For a Koan, Break Through
Next Post

January 31, 2023 The Central Importance of Inquiring of a Teacher
Recent Comments
0 | Leave a Comment
Browse Our Archives
Related posts from Wild Fox Zen 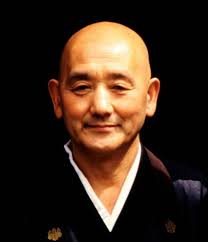